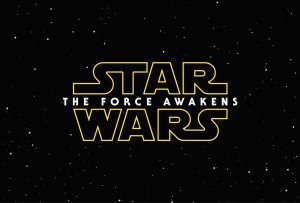 Star Wars: The Force Awakens is probably the most anticipated movie of the year. And yet it didn’t convince me, nor do I feel as if it did justice to the movies it was based upon. Anyway, spoilers ahead so if you haven’t seen the movie, and don’t want it to get spoiled, don’t read on.

Nothing in the movie is new. The whole storyline is an almost exact replica of storylines we’ve seen before. It’s interesting the first time, not so much the second time around. The First Order takes on the role of The Empire in the original movies. Darth Vader is being replaced by his grandson, Kylo Ren, who in no way lives up to the total badassness that was Darth Vader. BB-8, this movie’s version of R2D2 has a secret message to deliver, much like its ancestor in the previous movies. Even the Death Star has received an upgrade, but is in essence still the same, with an equally weak defense system.

The movie starts with introducing us to a rebellious stormtrooper, Finn, who decides enough is enough and that he won’t kill for The First Order anymore. He doesn’t have much issue with killing for the Rebels, though. Anyway, Finn is a difficult character because it’s impossible to connect to him at all. We don’t know anything about him, and the few things we do figure out during the movie don’t make sense. Why did he, as the only Stormtrooper in existence, suddenly say ‘enough is enough’ and literally jump ship? And even if he suddenly realizes that, why does he turn a one-eighty and then start attacking his former Stormtrooper buddies? It’s one thing to say you don’t want to kill, although you’ve been trained your entire life to kill…But it’s even more unbelievable when you suddenly decide killing the enemy is not okay anymore, but killing your friends is.

Then there’s our other hero, Rey. She’s been stranded on a planet, on her own, for years, but still foolishly believes her parents will one day show up. Rey sells stuff she finds in the desert of her desert-like planet until she runs into BB-8 and then Finn and decides to get BB-8’s secret message to the rebels. The force is strong in Rey, although nobody really knows why.

Then, in a predictable move, Rey and Finn stumble upon Han Solo’s Millennium Falcon, meet up with Han and Chewbacca, escape from nasties, yada yada. Long story short, the rebels once again want to destroy the Death Star-equivalent of the First Order, and to succeed they send in Han Solo. Han dies at the hands of his son (anyone see a replay of old events there?), Kylo Ren takes off his mask showing us that he’s the most un-evil looking guy in the history of evil guys, and Rey and Finn save the day. Finn gets hurt badly in a Lightsaber battle at the end and Rey, with no training whatsoever, manages to defeat Kylo Ren who has been trained in using the force for years.

The whole movie is a replace of “A New Hope”, with some original tidbits thrown in, but not enough to convince me. In fact, it’s a dissapointment, was predictable to no end, and unbelievable too. I already struggled with Luke getting the hang of using the force so quickly in the previous movies, but here it’s ludicrous.

The movie leaves us with more questions than answers too. Who is Rey? Why could she defat Kylo Ren? And also questions about Finn: why did he suddenly ‘see the light’ and decide to help the Stormtroopers?

For Rey, I see two possible outcomes, one even worse than the other. First, she could be the daughter of Leia and Han. Ugh. That would make be so predictable, and would make Kylo Ren her brother, making it a battle between siblings now. But it wouldn’t be the first time Star Wars kept two characters being siblings a secret for several movies, so it’s possible. It would explain why she sees Han as a father figure, why she likes Leia, why she’s good with the Force and with space ships and technology, but it would be a boring option.

Or she could be Luke’s daughter. Not that much more original, but at least we wouldn’t get to see the hidding-sibling-bond anymore. Now we’d just get hidden cousins. It would also explain why she’s good with technology (Luke was) and strong with the force (Luke, again). But who would be her mother then? I think this is the most probable option of both, particularly because the first one has been done before.

The special effects were all right, but the plot was too much of a rehearsel of the first movies to really entice me. The characters weren’t that interesting either, and they lacked sufficient background story to make them interesting. So while enjoyable, it certainly isn’t my favorite Star Wars movie. I’ll watch the upcoming movies, but this one just made me feel ‘meh’.