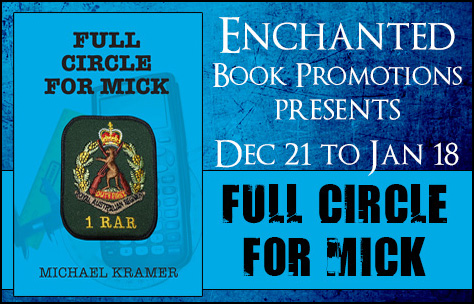 – Have you been writing a long time?

Answer = No, this is my first major work. I will be doing more writing and there are a number of items of great interest to readers that I shall be addressing.

– What inspired you to start a writing career?

Answer = I was being threatened by the Australian Immigration Department who canceled my Australian Citizenship papers and who were then threatening to imprison me for up to two years for “Falsifying a Legal Document” By using the Engineering Problem Solving Techniques, I firstly posted the entire problem onto the Veterans’ net and helpful suggestions were forthcoming as a result. This further resulted in the Daily Telegraph publishing an article about the situation (attached here). That article went some of the way towards resolving the problem. All of this happened after Immigration refused to initially grant me a passport on the grounds that my Australian Naturalisation Certificate did not state my gender (a Naturalisation Certificate is an Immigration Department Document). This resulted in my wife travelling to England on her own and it was while  at home alone, that the whole mess was intensified to the point of possibly losing my driver’s license because of of the fact that I no longer had proof of Australian Citizenship. After things were finally resolved, a function was held at my home during which time my experiences with DIAC were discussed. My friends found the story hard to believe until they were shown the paperwork from both the Immigration Mob (DIAC) and my correspondence with politicians lawyers etc.

– Is this your fist book?

Answer = Yes, however, others shall now follow. In particular now that the Visual Arts Department of my University, (USQ) has expressed interest in completing a documentary film about my Grandfather (He was  the German Engineer responsible for building the bridges etc of some of the first railways in China and he then followed that up with building the Port City of Swakopmund in Namibia (Formerly German South West Africa)

– Why did you choose this genre?

Answer = at least a half of this story is about war experiences, training for war and the aftermath of war, in particular Post Traumatic Stress Disorder (PTSD), its symptoms and treatment  and self help strategies.

– Do you have any advice for aspiring authors?

Answer = When you start inventing the characters of your book, it will be extremely helpful to have sufficient large cards on which the names of the characters recorded, along with their dates of birth, employment status, health status, marital status, address etc. You will find that this will save much time by you not having to go back over text that has been written in order to find these details. It is of particular importance if you shall be away from you writing project for a time.

– Do you have any works in progress you’d like to tell us about?

Answer =  I am currently working on two (2) projects (1) getting information about my Grandfather for the use of USQ in making a documentary about him and (2) slowly getting things together for the next  novel to be entitled “Angela” This shall be largely based on the true story of my sister who not only was the nursing sister in charge of the dialysis department of Royal Darwin Hospital, but she also climbed Mount Everest after two (2) attempts and also open her own Bed & Breakfast business while at the same time being in charge of a hospital’s dialysis department. In keeping with the existing novel of “Full Circle for Mick”, Angela shall be called Angela Lampman and it shall have fictionalized parts  of it. I do not know yet when I will be committing time to it totally, for I have a lot of study to complete. (just the subject of German during semester one in 2016, followed by two engineering subjects in semester two (2)).

– What inspired you to write this book?

Answer – After intial despair over the loss of citizenship coupled to the looming difficulties of a possible loss of driver’s license, I was found to be very irate and  accordingly, I decided to write in an effort to keep my then seething emotions over what had been done to me under control. It was found to be beneficial to the management of my PTSD to complete this writing as has been my experience with the use of study to help keep PTSD under control.

– How many hours per day do you spend on writing?

While working on “Full Circle for Mick”, the day would start at 06:00 hours with a twenty minute walk, followed by either a half hour on the bench press or else with lifting weights from the ground for a half hour. This in turn was followed by the ablutions for the morning and breakfast. The aim being to start writing  by 08:00 hours and to continue writing (this includes research and editing) until 20.00 hours. This was the daily activity pattern until the book was ready for publication and beyond. It took twelve (12) months to complete on this basis and includes obtaining permission from Defence to use some of their material in my book. 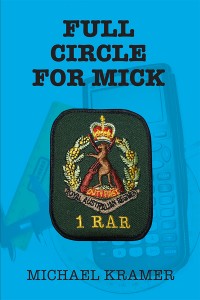 In 2013, Carolyn and Michael Georg Kaspar Friedrich Lampman applied for passports at the Albury Post Office and while hers went through immediately, (she is Australian born), his application resulted in a phone call being made to Department of Immigration and Citizenship (DIAC) and that department refusing him a passport on the grounds that his Australian Naturalisation Certificate “Did not say if his gender was male or female.” It did however; state that “Michael Georg Kaspar Friedrich Lampman presented himself before me at the Millicent Council Chambers on …. To swear allegiance to Her Majesty Queen Elizabeth the Second, her Heirs and Successors. This makes one wonder if the clerks at DIAC are conversant enough in the English language to know that “Himself” can only mean a male.

Michael’s reason for wanting his passport was to return to Vietnam and to fulfil his promise to a Buddhist Monk to return as a qualified engineer to help to rebuild the country that he had helped to destroy as a young Australian soldier in the Vietnam War during 1968 and 1969.

At a later date, DIAC cancelled his citizenship and papers, (he was a naturalised Australian Citizen, originating from Germany) even threatening to send him to jail for two years, for “Falsifying an Official Document,” resulting in him then using “Engineering Problem Solving Techniques” to rectify the situation as he was now also driving illegally on the grounds that in NSW it is not legal for someone to hold a driver’s licence unless that person has either “Approved Residency Status” or Australian Citizenship.

This is the story of a man’s battle and final victory against rampant bureaucracy, racism and PTSD. It deals with the first symptoms of PTSD, its diagnosis and its treatment and self-help strategies.

In 1967, he volunteered for service with the Australian Army in the Vietnam War, and was told that seeing how he was only twenty years old, he would need the signatures of his parents in order to join the army. Yet, the Australian Government was calling up males aged twenty years for service in the war if they wanted to serve or not. This prompted him to simply alter the date of birth on his Australian Naturalisation Certificate from 01/03/1947 to 01/03/1946 and he was in the army and this action was something that would become a problem forty five years later.

He went on to serve in Vietnam with the First Battalion of Royal Australian Regiment (1RAR) and continued to serve until he received a medical discharge some ten years later. As a treatment strategy for diagnosed PTSD, he was instructed to undertake tertiary studies which resulted in his better management of PTSD and his becoming a much better person as a result.  In time, he was to undertake studies and now holds the Advanced Diploma of Mechanical Engineering, and the Associate Degree of Civil Engineering. He operates his own architectural and engineering drafting service, providing a high level of competent drafting work.

In 2010, he applied for an Australian passport which was refused by Immigration on the grounds that his Naturalisation Certificate did not list his gender. At a later date, the Australian Department of Immigration cancelled his Australian Citizenship papers, which have since been re-issued to him as well as an Australian passport. At a function held at his home, it was suggested that he put the experiences into a novel and this is the result.