Dead of Knight FREE on Amazon 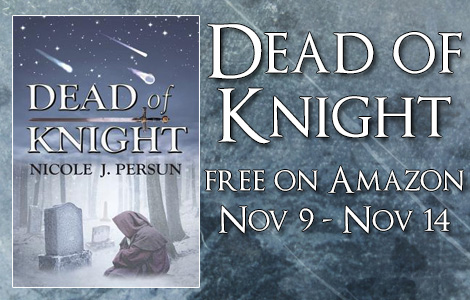 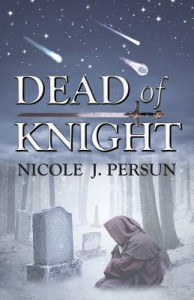 Book one of the Joined Trilogy.

The Rebel and the Countryman —

Growing up in the city of Eresther, Elise learned the importance of pride, confidence, and freedom. When King Orson del Yelhart plots to siege Eresther and the other Free Territories, Elise orchestrates a covert rebellion to stop him.

Ryan left his simple home in the farmlands of the Free Territories to become a virtuous and honorable soldier. But an unexpected encounter with Elise des Eresther compels him toward a much more dangerous adventure.

The Mystic and the Captain —

Due to their demonic reputation, women with magical abilities are hunted and executed. After being forced into hiding, Gwen starts her life anew by cross-dressing as a male sailor. Just when her life feels like it’s under control, she meets a ship captain who sways her toward an entirely different course.

Captain Adrian catches a glimpse of Gwen’s true nature on the streets of Amaray and yields to his curiosity when he approaches her with a sailing contract aboard his ship. He quickly discovers that he is in over his head—yet Adrian has a secret of his own to conceal.

King Orson and King Odell—both former knights undeserving of their thrones—are power-stricken, grieving, and mad. As they wage war over the bounty of the Free Territories, it appears as though they’re merely in it for the glory. But their struggles are deeper and darker. As battles are fought, their true crusade is exposed: to mend that which neither of them can repair—their minds.

Nicole J. Persun started her professional writing career at the age of sixteen with her young adult novel, A Kingdom’s Possession, which later became a finalist for ForeWord Magazine’s Book of the Year Award. Aside from novels, Nicole has had short stories, flash fiction, poetry, and essays published in a handful of literary journals. Her inspiration is drawn from the latest studies and findings in biology, astronomy, archaeology, psychology, and any other form of scientific, historical, or artistic discovery. She often speaks at libraries, writer’s groups, and writer’s conferences across the country. Currently getting a degree in creative writing, Nicole lives in Washington State. For more information, visit Nicole’s website at: nicolejpersun.com.

Get the book for FREE

Get the book for FREE on Amazon