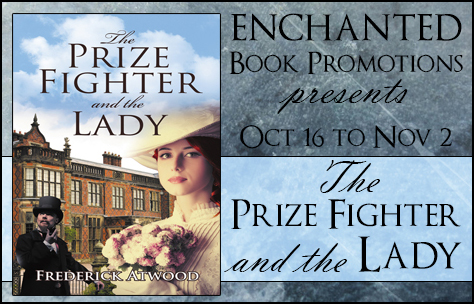 Author Interview The Prize Fighter and The Lady

Have you been writing for a long time?

I didn’t begin writing seriously until I gave up working full-time. Often I had thoughts of writing a novel. But first I took small steps and began writing for my own pleasure. I started off with my memoirs, detailing my families history and enjoyed the experience immensely. This started me thinking, perhaps I can write a serious novel. But like most people I was in awe of someone who could write and actually have a book published. For starters I had left school at the age of fourteen and any English I learnt after that was what I gleaned from being an avid reader. So at the age of seventy I began my writing career. Thirteen years later I am still writing every day.

What inspired you to start a writing career?

As a young boy growing up during WWII, like most boys at that time I was fascinated with the instruments of war. Such as the U.S. Catalina flying boats operating out of Matilda Bay on the Swan River. I had wild fanciful dreams of heroic actions they would enact before returning. During the war there were over 100 submarines based at Fremantle, it was the largest submarine base in the Southern Hemisphere, consisting of English, American and Dutch submarines. I included them in my fantasy war exploits. Those memories remained with me into my adulthood and I thought one day I will write a novel of their heroic and daring deeds. This was the seed that grew into a large pumpkin. It became the novel the Falcon of the Deep, a war drama written from the view point of a young German submariner.

My first published book was, Annie’s Story. It is a story close to my heart and though it is a work of fiction, it involves episodes in the life of my Grandmother Annie Dunn that I wove into the story line. Annie was a pioneer of the Eastern Goldfields (Kalgoorlie) back in the early 1900’s. Her life was filled with tragedy and hardship. She moved from Tasmania to Melbourne in the late 1890’s, where she met and married an Englishman. They had two children and were living happily when Melbourne was struck by a typhoid epidemic. In 1902 she lost her husband and second son and left destitute. She made her way to the Golden West, attracted by the wealth being extracted from the goldfields. She left me a legacy of wonderful tales of those times.

Do you have any advice for aspiring authors?

I would say to any aspiring writer, don’t think you are going to write a best seller, straight off. You have to do an apprenticeship like any other field of endeavour. You need to garner about you the tools of the trade. If it is some time since your last English lesson, bone up on your nouns and verbs, punctuation and syntaxes. A love of reading is essential and your most valuable learning tool. Study how the great authors of today, structure their stories. Like an elite sports person, you need to practice, practice assiduously. The more you write the better you become. Never be satisfied with your first draft, review, review, review.

Do you have any works in progress you would like to tell us about?

I have for the last few months been writing an historical/drama/romance set in the mid eighteen hundreds. The story begins in Devon England and ends up at the Swan River Colony (West Australia). Rose Wood, is a young girl who lives an idyllic life in the small village of Tiverton. Her father a school teacher, her mother Lavinia, an avaricious and self centred woman, unhappy with her life. She talks her husband into applying for a job as the master at an exclusive girls school. Life goes well for sometime until a vindictive student accuses him of molesting her. The consequences he must pay for her vindictiveness is transportation to Australia. The family is torn apart as Lavinia inveigles her way into the heart of a wealthy and prominent man. Rose though is determined to be reunited with her father. It is story of love and betrayal stretching from one side of the world to the other. 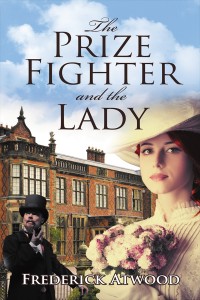 Title: The Prize Fighter and the Lady

Handsome Englishman Marcus Southey is running from the law after an illicit affair goes wrong.

As he flees across the Scottish border, his path crosses that of fiery red headed Roberta Kyle, herself desperate to escape from the clutches of the loathsome Hamish McGheill. A partnership is born out of desperation, their mutual destination Glasgow. Along the way they meet up with a prize fighting troupe. Roberta encourages Marcus – against his better judgement – to partake in a bout. He wins and this sets him on the road to boxing success. Taking them from the slums of Glasgow to the halls of the aristocracy. Theirs is a strange relationship, at times tempestuous and at others contemptuous, layered over with an abiding care for each other.

The 82 year old author has seen many changes in his long life. As a boy growing up in pre-war Australia, the horse and cart were still commonly used by tradesmen. Women, by and large were home makers, while the man went out and earned the daily bread. It was a time when left handed children such as himself were made to write with their right hand. Life as we now know it, came about when war was declared in 1939, bringing vast changes to our daily lives. The emancipation of women, which began in WWI, escalated during WWII. After the war he saw the industrialised nations, switch from building warships and planes, to cars, and refrigerators. He saw the landing of a man on the moon. In fact he played a part in the Apollo space probe in 1968, when he was assigned to supervise the land line link between the Carnarvon Earth Station and the facility at Tidbinbilla, situated near Canberra. He was at one time Media Liaison Officer with Telecom Australia, attending many major sporting events. Later on he was appointed Senior Traffic Officer-in-charge of Telegraphs West Australia.

As a young man Frederick was an excellent cyclist and won many major cycling events. Upon his retirement he was able to indulge his love of history with his love of writing. With a long life comes a fund of knowledge and experience of the frailties of human kind, but also the innate goodness in most people. He has put these ingredients together to produce a number of historical/drama/romance novels. Frederick and his wife of fifty four years have three children and seven grandchildren.