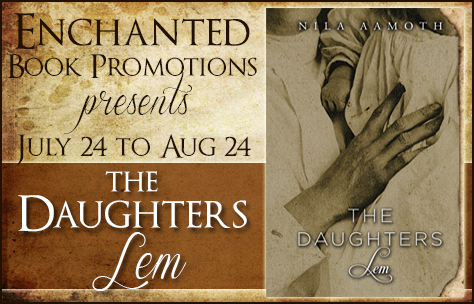 Today I’m interviewing Nila Knack Aamoth, author of memoir / biographical / historical “The Daughters Lem”. Welcome to my blog, and thanks for answering my questions!

I wrote my first story at age four, called “Pedro and Marie,” about a pair of teen lovers in Mexico…..all of which I knew nothing about. Fortunately, a high school teacher much later told me to write about what I know.

Where did you get the inspiration for The Daughters Lem?

What did you enjoy most about writing this book?

The discovery that even unpleasant events can be couched in laughter. 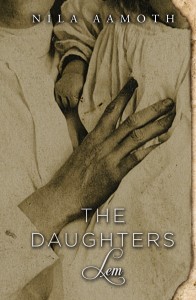 The Daughters of Lem witnessed and survived the tragic event that forever transformed them. Orphaned, frightened, fiercely independent, the four sisters fought defiantly to raise themselves. But Lucille, Louise, and Nell Rose could not defeat the notion of a Lem bad seed; they chose to remain childless. Only Dorothy sought to achieve what she perceived to be a “normal” life as a wife and mother. In the process, she discovered her power as an independent woman. Her own three offspring became a new generation of the Daughters of Lem, and fortunate participants in their mother’s improbably joyful journey.

Nila Knack Aamoth wrote her first story at age four, and never stopped plying the pencil, the typewriter, and finally the computer keyboard. She began her journalism career in Houston, Texas, and owned two community newspapers in Michigan. For 25 years, she was editor and publisher of The Penasee Globe. “I figured my thoughts were more valuable than the traditional penny, so I called my weekly column A Nickel’s Worth,” she likes to joke. Those mostly light-hearted musings won her numerous state and national writing awards. Her insightful editorials, both humorous and serious, won the Michigan Press Association award for “Best Editorial” two years running. “I believed I could write about anything,” she says. “But writing the incredible story of my own family was almost too heart-wrenching. I think I’ve finally grown up!”