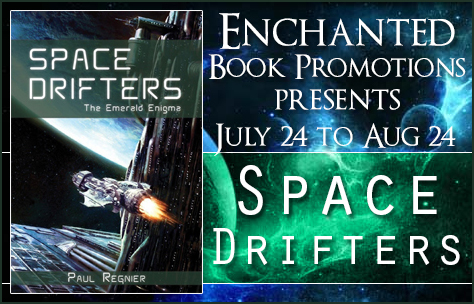 I’m interviewing Paul Regnier today, author of science-fiction novel “Space Drifters”. Welcome to my blog, and thanks for visiting!

When did you know you wanted to be an author?
When I was a kid, I wrote for the fun of it. The thought of becoming an author was on the same, out of reach level as becoming an astronaut. Growing up reading authors like J.R.R. Tolkien, C.S. Lewis and Terry Brooks set the authorship bar pretty high. In my young writer mind, their words came out polished and edited on the first try.
When I got older and met other struggling writers, I realized it was a lifelong process of refining your craft. Countless rewrites and help from professional editors were needed to get that final product. It was a freeing thought. It made becoming an author seem attainable.
Ultimately, I enjoy writing more than just about anything else (career wise). I think it’s been a passion that just keeps confirming itself the longer I pursue it.
Where did you get the inspiration for Space Drifters?
I was on break at work, driving to get lunch when the idea just hit me. I pulled over and scrawled some quick notes before it slipped away. Most of the main characters, their personalities and goals were all there among those initial scribbles. I was really excited by the idea and couldn’t wait to get home and dive into the writing.
What is your editing process like?
I always start in a notebook. There’s just something about putting a pen to paper that brings something different out of me. When I transfer the writing to the computer, I usually do some editing in the process.
Also, every time I jump back on the computer for writing, I edit the previous chapter (or two) before I start on the next one. That way, I maintain a similar feel all the way through and fix any mistakes made in the heat of the moment.
Along the way, there’s an untold amount of rewrites to get everything working and cohesive. After I work out all the kinks and think I’ve got it down, I send it off to the editor and that’s when the serious rewrites begin.
Who is your favorite character from the book?
This is such a hard question. I really enjoy the characters in Space Drifters. I guess if I had to pick, I would go with Blix. He’s a hulking, copper-scaled lizard man and the first mate to the main character, Captain Glint Starcrost.
Blix is a powerful, dangerous looking alien but he longs to live a peaceful, refined way of life. When coupled with the Captains gruff, fire-at-will personality, it makes for a fun back and forth relationship.
What are your writing goals for 2015?
I’m finishing up the sequel to Space Drifters. Soon, I’ll be working with an editor to whip it into shape. I also plan on starting the third book of the series and hope to make some good progress before the years end.
Are you working on something now? If so, can you tell us a little about it?
Well, my answer is similar to the previous question. My main project will be the third book in the Space Drifters series. Nothing is quite like diving into a brand new story where the plot hasn’t been defined yet. It’s one of the most exciting moments of writing for me. 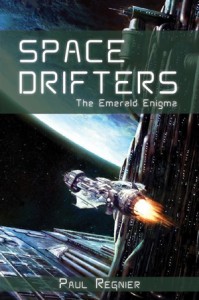 Captain Starcrost is not having the carefree, adventurous life of a star pilot promised in all the space academy brochures. He’s broke, his star freighter is in dire need of repair, and there’s a bounty on his head. His desperation has led to a foolhardy quest to find a fabled treasure that brings good fortune to the wearer, the Emerald Enigma.

Every captain needs a trusty starship and a crack team of crew members by their side. Unfortunately, the bitter pill of reality has brought him Iris, a ship computer with passive aggressive resistance to his commands; Blix, a hulking, copper-scaled, lizard man with an aversion to battle; Nelvan, a time-traveling teen from the past, oblivious to this new future; and Jasette, a beautiful but deadly bounty hunter looking to take over the ship.

Enter a charismatic and clever nemesis named Hamilton Von Drone, whose dark past has already intertwined with our misfortunate captain and left a painful scar. To complicate matters, as every good nemesis must by their evil nature do, Hamilton is employing his vast wealth on the very same quest for the Emerald Enigma. 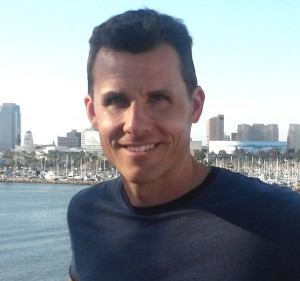 Paul Regnier is a technology junkie and web designer with a fascination for all things futuristic. He has turned his childhood love of storytelling into a professional pursuit.

Paul lives in Orange County, CA with his wife and two children.