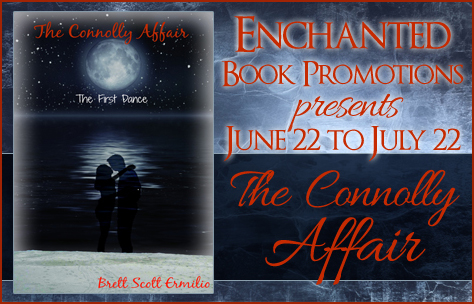 I’m interviewing Brett Scott Ermilio, author of romance / suspense “The Connolly Affair”. Welcome to my blog, and thanks for answering my questions.

I loved writing stories way back in middle school. When I got to high school I began to work them into organized adventures. I even wrote a series featuring my best friend when we were in high school and everyone couldn’t wait for new episodes. I wrote my first screenplay when I was 16. That’s when it all really began. I won a screenwriting award at 22 and wrote the first draft of my book, Jacob, when I was 24. I always wanted to be an author but didn’t feel my writing early on fit this world. I was more of a screenwriter in my early years. Now, however, I find great joy in delivering my stories as an author and I have many more good ones on the way!

Where did you get the inspiration for The Connolly Affair?

My wife. Honestly, she challenges me every day. She loves suspense. We used to go back and forth having fun with romance quotations and one day she challenged me to write a romance novel. I combined romance with a suspenseful passionate story which is nearly 1,000 pages and it’s called The Connolly Affair. The trilogy is thrilling and exciting. And I owe it all to my wife. J

Ugh. That sums it up! It is reading…re-reading…editing…re-editing…getting more eyes on the story. For me, I am very good at stories and structure. That is my strength. So structure and character development (probably due to all my screenwriting) are usually on-point. It is the grammatical quandaries of being a perfectionist that plague my editing. I hate mistakes and I want everything I write to be beautiful. I am an author that finds beauty in words. In fact, my editor yells at me at times for descriptions being too deep for the genre. But for me, I want readers to get a treat when they read my books. No matter what genre the book is, my stories will be full and beautiful. Those are my editing goals.

Ronald. He only has a supportive role in book 1 and is featured a little more in book 2. But Ronald, the expert researcher at the law firm where Nicki Connolly is a partner, is man who is full of energy and loves life. He is very dark skinned (he refers to himself as “Africa Black”) and a tad flamboyant (he is proud gay man), but my favorite personality trait is that he is a loyal friend. He is funny when he needs to be and steals some scenes, but he is always there for those who need him. Ronald is a lot of fun.

I have been killing myself this year writing. I actually just finished the second installment of The Connolly Affair and another book, Keeper of the Tower. I am editing Keeper as we speak and then have to jump into the second Connolly Affair. Both books will ideally be released this year; Keeper in September, Connolly 2 in November. I’ll be working on the final installment of The Connolly Affair late this year preparing its release for early 2016. My publisher is also releasing the paperback version of my music biography, Going Platinum: KISS, Donna Summer and How Neil Bogart Build Casablanca Records this coming November.

Keeper of the Tower is an amazing suspense-thriller set circa 1920 by the New Jersey Shore. The bulk of the story takes place at the famous Barnegat Lighthouse and is an amazing character drama about redemption. It has a lot of Stephen King in it (like Shawshank Redemption). The apex of the story takes place during a nasty ice storm here in New Jersey. I worked with the Historical Society here to ensure accuracy in the story. It’s an amazing piece and I’m very excited to share it with the world! Should be out in September of this year! 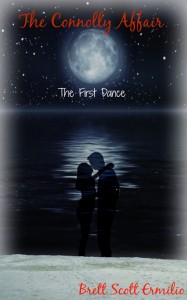 Nicki Connolly’s life has flat lined. Nicki’s dull marriage to her husband, Aiden, flounders further and further into a hopeless abyss. Despite the setbacks, Nicki attempts to balance being a working mother, a successful attorney and relishes the distractions of a budding romance with a man named Taylor Diamond. Nicki has been assigned lead attorney in a massive class-action lawsuit that will make or break her career at the firm of Rapture and Myers. That is when the handsome Taylor Diamond appears in her life.

Taylor Diamond has been named second chair for the big case. Taylor has it all: looks, brains, a strong family name and many connections. But dark forces loom and converge upon Nicki and Taylor. As obstacles grow, the two form a fiery bond just as the case and her life reach an epic breaking point.

The Connolly Affair delivers a suspense-filled thrill ride that will have readers on the edge of their seats. 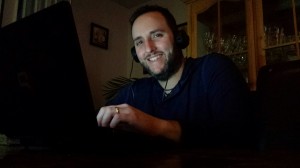 The nephew of Neil Scott Bogart (The Disco King and founder of Casablanca Records), Brett has been writing stories since he was sixteen. His first completed screenplay was written at age seventeen. He won a screenwriting award for his move script, “Jacob.”

Over the years, Brett has written, directed and produced a feature film and worked on numerous screenplays. He had his first book published through Lyons Press, Going Platinum: KISS, Donna Summer and How Neil Bogart Built Casablanca Records, a biography highlighting the meteoric rise of Neil Bogart from birth to death.

Over the next year, Brett is releasing his highly anticipated romance/suspense trilogy, The Connolly Affair. He plans to continue writing enthralling stories and looks forward to sharing his thrilling adventures with the world.