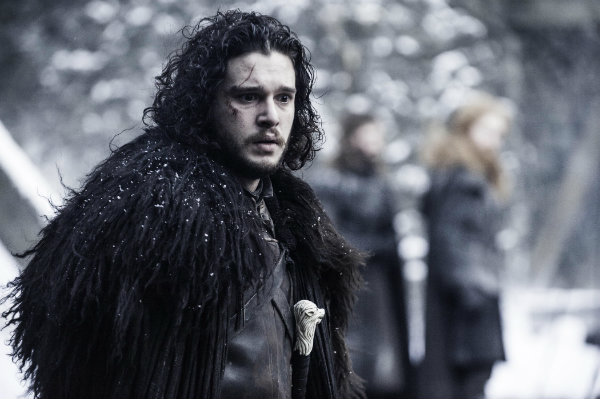 The Season 5 Finale of Game of Thrones 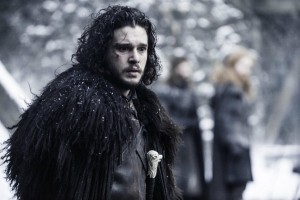 The episode was called “Mother’s Mercy”, and since I read “A Dragon with Dragons”, I knew a little about what we were in for. From the title, I figured we’d witness Cersei’s nude walk through King’s Landing to atone for her sins, which in reality shows just how cruel thoze religious fanatics are, and how their message isn’t really about forgiveness at all.

Anyway, I didn’t know the Cersei scene would be so tough to watch. I’m no Cersei fan by a long shot, although I do respect her for wanting to protect her children (although she goes about it in a weird way sometimes).

The scene was hard to watch, but it was only the first of many.

Then we get Stannis’ much-deserved loss at the hands of Ramsay Bolton. I hate Ramsay. I want him to die a cruel, painful death with the same enthusiasm I wanted to see Joffrey die. Except that, Ramsay is who he is. He doesn’t pretend to be anything else. He doesn’t think he’s giving out justice to everyone – he knows who he is and lives up to that. But Stannis…Before he went ahead and sacrificed his only daughter, the innocent, brave, loving child who was easily my favorite child EVER on Game of Thrones, I had tons of respect for him.

But then I lost all respect I ever had for the man. So when Ramsay managed to defeat Stannis, I cheered him up. I got up and cheered even more whe Brienne met Stannis and got to chop his head off. If anyone deserves to kill him, it’s her.

Except…the scene cut to black, so we’re not sure if she killed him or not. All right whatever, if he’s not dead, he should be soon. He has no chance of getting anywhere near his beloved Iron Throne anyway now.

Then we got a part with Sansa and Theon, and I screamed ‘hell yes’ because Theon finally found his courage again and because Ramsay’s beloved psychopathic girlfriend perished at the hands of Theon and Sansa. Zero-one for them. Then they jumped into the snow, and I’m pretty sure they’ll survive. I have good hopes for them.

Next up, we had a part about Ayra (not sure if it was before or after that), and she goes blinde. Not that big of a shocker.

Moving on to Daenarys suddenly being surrounded by horse riders. Not that interested at this point. She’s still alive, but when is she EVER going to cross the Narrow Sea to Westeros? Any time now. Also, weird move leaving Tyrion in charge of Mereen considering everyone has known him for like five days before handing over command of the city. Not exactly the brightest move. Thank God Tyrion is one of the most honorable characters around, but still…

And then, Jon Snow. The betrayal. The worst thing that happened to Game of Thrones since Ned Stark perished. God, this was brutal. That stupid Olly kid. I’m kind of hoping he ends up on one of Stannis’ burning stakes. Poor Jon.

All in all, the episode wrapped up some things nicely but left us in the dark about a ton of things – is Stannis dead, are Theon and Sansa dead, is Jon Snow dead?

My prediction for next season: no one died.

Jon Snow is still alive or will get resurrected by the Red Lady or will jump to Ghost. Since there are no POVs left from the wall otherwise, with Samwell going to the library to become a maester, that would be a total dead end and I doubt George R.R. Martin would do that. I have some possible theories here:

– Because he’s a Targaeryen, and somehow gained the respect of the White Walkers (based on the oogly eyes they shot him in the previous episode) he’ll turn into a White Walker too. Don’t ask me why or how, it’s just an idea

– Melissa will raise him from the dead. Since we’ve seen this done in the books, no reason why it couldn’t happen now since she’s at the Watch anyway.

– He’s not dead at all, just unconscious

– He becomes the hero of legend and doesn’t die

Moving on from Jon Snow, I don’t think Stannis is dead either, or Sansa and Theon. It would be kind of stupid to kill off ALL main characters in one episode (with the exception of Ayra and Daenarys). Nobody wants to watch those two a whole season. Sure, we’ve still got Tyrion, but his storyline is now “almost” intertwined with Daenary’s storyline.

Also, for next season, I hope Daenarys finally crosses the Narrow Sea and comes to Westeros, Ayra becomes a trained assassin and turns back to kill everyone who ever made her mad, and Jon Snow is still alive and fights the good fight against the White Walkers.

What about you? What did you think of the finale? What are your ideas and hopes for next season?