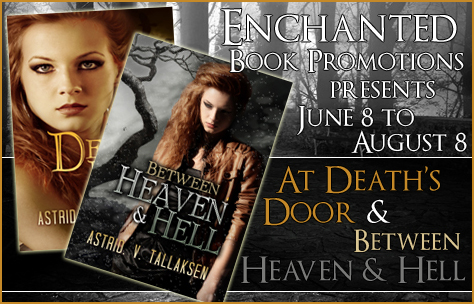 I’m interviewing Astrid V. Tallaksen today, author of urban fantasy “At Death’s Door” and “Between Heaven & Hell”. Enjoy the interview, and thanks to the author for visiting my blog today!

Well, I’ve been writing since I was in kindergarten, and I’ve always loved telling stories. It wasn’t until I had this story that was so big that I couldn’t keep it to myself that I realized I wanted my work out there for the world to read and hopefully enjoy.

It all started out as a writing exercise. I grabbed a random prompt (most of which ended up edited out), that was something like “A broken wristwatch and a hug that lasts a little too long” and just went with it. Little did I know that Sara (the protagonist) was going to run away with the story. From there I just got really interested in how different cultures view angels and demons, the apocalypse, and free will.

I edit a little as I go along, which is a bit of a no-no, but sometimes you just know you got something wrong. Then once I’ve finished the first draft, I go through and move stuff around like getting rid of words such as “that” and “stuff” or anything else generic and unclear, as well as paring down how many sentences start with the word “I”. I also try to find any plot holes or continuity errors I have, but I’m not great at finding those. Next, I send it to my betas, get back their notes and make any changes I agree with. Then comes two rounds of editing with a professional editor (shout out to Sharon Stogner with Devil in the Details!), and she is much more likely to catch my continuity errors and whatnot, plus she fixes my grammar (I hate to admit she has to, because I’m a bit of a grammar nazi). I make my revisions each time she returns the manuscript to me, and then comes a good old proofread, preferably with a couple of extra sets of eyes. So it’s a long drawn out, but totally necessary process. I’m a perfectionist and I hate to put out something that isn’t as close to perfect as I can manage. And even then, SOMETHING is going to slip through the cracks.

Probably Lucifer, who shows up in the second book. He really took me by surprise, and wasn’t even meant to be in any way what he turned into. He’s probably the most complex character in the books, and I just love him so much.

FINISH BOOK 3!! Seriously, I’ve promised readers that World on Fire, the culmination of the Freefall Trilogy will be out in December. Hopefully I can get the first draft finished this summer while I’m not taking classes (because I’m crazy and decided to go back to school).

Other than World on Fire? I’ve got a little something up my sleeve containing a little street rat turned assassin. Let’s just say I love writing kick-ass, take no crap female characters. I won’t work on that really again until I’m done getting World on Fire squared away.

Thanks for having me!! 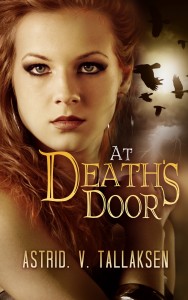 The world is a pretty straightforward place. Even for medium Sara Stone things seem pretty simple, aside from the whole talking to spirits bit. But when the spirits get too hard to handle and Sara ends up admitted to a mental hospital, the world starts to seem a lot less straightforward. First her family disappears, including her four year old son. Then she gets the sneaking suspicion that not only are the staff at the mental hospital somehow connected, but they also have no intention of ever letting her leave the hospital.

Everything changes when Sara has her first visitor in three months. Daniel is handsome, friendly, and a complete stranger. When he promises to spring her from the hospital and swears that everything she’s experienced is completely real, Sara has no choice but to believe him. But once she reaches a run-down Victorian house in the tiny Alabama town her rescuer calls home, the last thing she expects to discover is that every memory she has is a lie.

Daniel reveals a world filled with angels, demons, and an impending war humans know nothing about. Sara wants to ignore her role in the whole mess – all that matters is solving the mystery of where her son has gone. But the forces of Heaven, Hell, and the Heart have other plans for her. Can she find her child before the world comes crashing down? 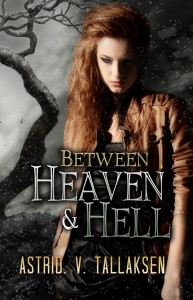 Being a fallen angel used to be easy. A quiet life with the people she loves is all Sara ever asked for. Unfortunately, the apocalypse didn’t get the message. After nearly losing everything, she’s managed to put her life back together and start living what she hoped was happily ever after with her small family. Now she wants nothing more than to hide away and pretend the end of the world is a distant rumor. Her life has already been torn apart once. Doesn’t she deserve a break?

The apocalypse finds its way back to her doorstep when a letter arrives. Is it a friendly warning, a dire threat, or a simple reminder that she can’t run away from what’s to come? Sara refuses to take heed and pays dearly for her avoidance. With her family in danger and the preservation of free will hanging in the balance, she finds herself with no other choice. Sara must follow the path forged for her, a path that may take away everything she holds dear and leave her in pieces at the end. She’s caught between Heaven and Hell, and the last person she’d ever have considered trusting might just be her greatest ally. 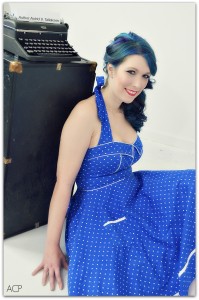 Astrid V. Tallaksen grew up with a heart for stories of creatures and places outside of this world. Her love of reading quickly became a love of writing. She spent several years creating content and helping writers to improve their craft on the online world of Althanas, a creative writing workshop in the guise of a roleplaying forum. A self-avowed nerd, Astrid loves science fiction, comic books, and eighties fantasy movies in the vein of The Princess Bride and Labyrinth. Her geekiness extends to annual volunteer work at the massive sci-fi convention known as Dragon*con every year in Atlanta, Georgia. In the odd times that she’s not immersed in geekdom or writing, Astrid loves to sing karaoke, crochet, and spend time with her family and pets.

Links to purchase At Death’s Door:

Links to purchase Between Heaven & Hell: