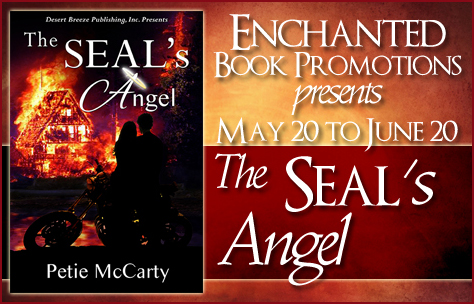 Through most of my life, I had never, ever considered writing a book, not in my childhood or college years or later. I always loved to tell stories, but I never wrote them. About a decade ago, I thought about a job change, but had no idea what I wanted to do. Now, I know I’m going to sound like a wack job, but one odd day during that decade back, a movie started running in my head — first the general plot, then scenes flitting in and out.

I know. I know. Hard to believe. Surprised the dickens out of me, too. Well, the movie pestered me day after day until I finally started speed-writing scene bullets to get them all on paper, and that turned out to be my first book. Oddly enough, all my books have “arrived” that same way — movies that run in my head, so real that I can see the scene layouts in color with all the characters. *smile* And no, I’m really not crazy. Just lucky, maybe.

Where did you get the inspiration for The SEAL’s Angel?

Odd as it sounds, my stories unfold as a movie running in my head. I can see the backdrop along with the story, and all of the scenes fly past in full color. When I see the entire movie and not just a scene or two, then that’s the story I write next. For The SEAL’s Angel, my movie placed my heroine at a rustic resort on the shore of a large snowmelt lake out west. It was up to me to pick the exact state and location. We had vacationed twice to the Seattle and Mt. St. Helens area, so it became an easy choice.

While I was in the midst of writing the rough draft, I sat down one night to catch a rerun of the movie Mobsters, with Christian Slater starring as Lucky Luciano. I was so entranced by his story, I decided to add Luciano’s buried treasure to the plot of The SEAL’s Angel, by having Luciano as the childhood friend of the heroine’s great-great-grandfather, and Luciano bankrolls his friend for the original building of the resort in the late twenties. Sometimes, subplots can sneak up on you like that. *grin*

I never stop to edit anything until the manuscript is complete. I keep going with my first draft — never stopping — either writing in longhand or shorthand, if the scene is moving too fast. When I get far enough ahead, I play catch up by typing scenes for a few days. Most important, I do not worry about the quality of the writing until I’m finished — only the story: plot, pacing, characterization. That became my biggest lesson. The writing in the first draft will always be crap, but never stop to worry — you’ll make it pretty in the editing. In fact, you’ll probably change some scenes five times while editing and that’s before your content editor ever sees the manuscript. The second biggest lesson was always make sure the manuscript is the absolute best it can be before you turn in the story, for the greatest feeling in the world is when your content editor finishes reading your story, then writes to tell you, “Wow!”

My goals for 2015 are: to have a publisher offer a contract for my new Cinderella series; to complete my WIP — Duke Du Jour — a contemporary/regency time-travel romance where the Fourteenth Duke of Reston goes back in time to 1816 and is mistaken for his ancestor the seventh Duke of Reston who disappeared after the Battle of Waterloo; and to start and hopefully finish the fourth Mystery Angel Romance. You see, I have a lot planned for this year. *wink*

Getting to write love stories and decide how everything turns out is the most fun of all. I totally prefer love-at-first-sight stories, too. A sensuous look, a nerve-tingling touch, a masculine scent, the sound of laughter, the taste of a kiss – “love” senses that individually or in tandem incite instant electrified impulses between a man and a woman, drawing them together with or against their will. With contemporary romance, you can stretch your fictional tale toward suspense or action-adventure or thrillers to spice up the excitement even more. Contemporary romance is wide open for ideas and fresh creations.

My least favorite part happens with every story I write. I get what I call “climax block.” Now doesn’t that sound scary? The story reaches the big climactic scene at the end of the book, and I can’t seem to get the scene onto the page. I know what must happen and even which characters should participate, but I can’t seem to get the action sequences to appear on the page. Therein lies my panic. My “climax block” can hold me back for as much as a week or two before the initial action sequence in the climax finally starts to run like a movie in my head. Thankfully, the movie has always shown up, but the shreds of panic always reside in the background waiting for the next climactic sequence.

The first story — Cinderella Busted — is complete. The romantic fairy tale moves to present-day Jupiter Island, Florida where a beautiful gardener is mistaken for a wealthy socialite by a billionaire resort developer. Anxious for one fabulous date with her handsome prince, the gardener cultivates her inadvertent masquerade. Love at first sight controls their mutual attraction, and feelings run deep before her deception is inevitably discovered. This story is presently under review for publication, and I’m keeping my fingers crossed. If a publisher picks it up, I’ll be writing the next Cinderella tale very soon. 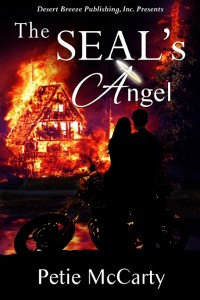 Foreclosure looms for Cory Rigatero as she fights to keep her rustic resort near Mt. St. Helens afloat after her brother deserted her to join the SEAL Teams. Cory’s whole world dives into a tailspin when Sean MacKay shows up at her resort with the news of her brother’s death and the wild suspicion her brother may have sent her traitorous classified documents. No way will Cory trust MacKay — the man who once seduced her and then vanished into the night without a trace. 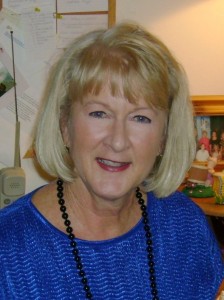 Petie spent a large part of her career working as a biologist at Walt Disney World — “The Most Magical Place on Earth” — where she enjoyed working in the land of fairy tales by day and creating her own romantic fairy tales by night. She eventually said good-bye to her “day” job in order to write her stories full-time.

Petie is a member of Romance Writers of America, and she shares homes in Tennessee and Florida with her horticulturist husband, a spoiled-rotten English Springer spaniel addicted to pimento-stuffed green olives, and a noisy Nanday conure named Sassy who made a cameo appearance in Angel to the Rescue.