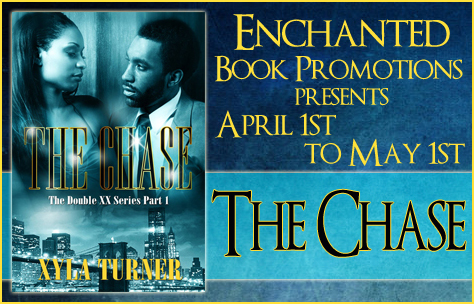 I’m interviewing Xyla TUrner, author of African-American romance “The Chase” today. I’d like to welcome Xyla to my blog, and thank her for answering my questions.

A few years ago, I felt led to write a book about something that I had gone through. I’m an avid reader, but the notion of writing did not really cross my mind until this one particular incident. A couple of years later (2014), I started to read more romance novels, particularly with strong female characters and men that could handle them. After realizing that I would often read 4-6 books in one weekend or listen to several audio books, because I traveled often, I started to feel like I was not accomplishing anything. That is how my mind works, as I am very ambitious and always trying to better myself in some way. Therefore, I made a deal with myself, for every three books I read, I needed to write one. Of course, this turned into me writing more than reading.

Where did you get the inspiration for The Chase?

The Chase actually started off as my wish list for myself. I was feeling stuck in life, so I starting writing about how I wanted my life to look. Starting a school, my ideal man, a private practice, etc. This turned into a story, then some more characters, then a plot, and of course romance. My inspiration was based on the concept of ‘writing the vision and making it plain’, but then the book took a life of its own and does not directly resemble my wishes entirely nor the actual events.

Editing is the worst part of the entire process for me. I am the type that does not like to watch movies or read the same book twice, even if I like them. Which makes reading my own book, absolute torture. I am overly critical, I keep changing things, and I feel like I never get it right. With The Chase, I wrote that in November over the Thanksgiving Break. Then I went about the process of publishing the book after it was edited by someone else. I did not read the book again, until March, when I had it go to a friend, who marked it completely up and suggested that I actually read what I wrote. When I finally started to read it, I did not like it one bit, so I went through and revised the book, because at that point, I had written three more books after this one. I submitted this to another editor and then I read, edit and insert as I see fit. That was my process for my first book. Who knows how the rest will be!

Actually, I did not set writing goals per say. I figured the only way to slow down my reading was to write 1 book for every 3 that I read, but then writing took on a form of its own and I wrote 4 books in a 3 month span. One book in 4 days that had 55k words and the longest it has taken me to write a book was three weeks, because I was writing after my full-time job. So, if I did have a goal, I accomplished it. J

Yes, I’m working on several books right now. They are all romance novels, but one is a little different and I am not sure how it will be accepted, but that is me, always pushing the envelope. Not wanting to give out too many details, it is an interracial book in my upcoming college series (my second book – coming Summer 2015!) . It is an unexpected love with two troubled people that have to overcome their differences, but what society thinks about their union. Although, I write about romance, you’ll see in all of my books, a social awareness aspect is embedded within each. One publisher told me they did not publish books like that, which caused me to realize it was even in there, but it makes sense – since that is me. 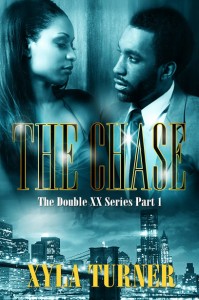 Xena is an independent woman who recently started her own school in Brooklyn, NY. She is an introvert, does not go out much, but receives sexual maintenance from a neighbor whenever she wants. A chance meeting with Xavier, who is a rich play boy that likes to invade her space, bite and spank her. Xavier is a venture capitalist, who owns many businesses, buildings and has ties with people all around the country. He is used to getting what he wants from women and despite Xena’s defenses; he seems to wiggle in and momentarily traps her under his spell.

After their first meeting, Xena spent most of the time running away, but still somehow felt drawn towards him. Soon she gave in, liking that Xavier was possessive and showed her an abundance of interest. However, there were several times where he crossed the line. Eventually, his possessiveness goes from endearing to overbearing, and trust becomes an issue. Needing space, Xena heads out of the country to clear her mind. However, on her return she learns of Xavier’s hidden secrets that put her safety in jeopardy.

Will Xena be able to forgive and forget the wrongs that have been committed against her privacy. Will Xavier become the man that Xena needs and win the battle between lying to her again and telling her the truth? Will he risk giving up his obsession to possess her in order to prove how he truly feels?

Xyla Turner was born and raised in Brooklyn, New York. She has always been a writer, even as a teenager, she wrote short stories and essays that won awards and nation-wide competitions. Xyla is an avid reader of romance novels and a sucker for sassy females and dominant males. She is a lifelong learner, Vice-Principal at a Brooklyn High School and a pretty good Auntie. Outside of reading, Xyla likes to spend time with her family and friends, experiment with dangerous adventures and travel. She writes different genres, but her favorite is contemporary romance.

Xyla has her Bachelor’s degree in Education and Masters in Education Administration. She is also a web designer and a Life Coach. She will forever be an educator, innovator and entrepreneur.

Ready to break into the writing scene with her debut novel The Chase, Xyla will merge her interest in social nuances and incorporate them into romantic story lines.