A to Z Challenge: F is for Failure 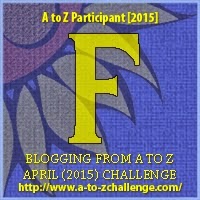 Today I’m talking about failure. I’m bad with failure. Seriously, I don’t deal with it well, so I often try to avoid it either way. Failure can mean a lot of things. It means not meeting my day-to-day deadlines (a failure I’ve gone so used to it barely hurts anymore), failing a grade, or sending out a book submission and then getting rejected. Failure has a lot of components. It’s complex. But failing isn’t always bad.

The characters from my books aren’t perfect. Like you and me, and virtually everyone else, they fail at things sometimes. It’s that failure that makes them human and makes it easier to relate to them. But you know what? When my characters fail to reach their goals, they don’t give up. They don’t call quits.

So when we fail, it’s not bad. Never trying something is worse than failing at something. That’s something I learned from the characters in my books, and I think it’s a valuable lesson.