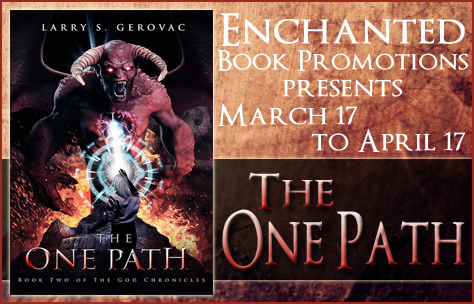 I’m interviewing Larry Gerovac, author of fantasy novel “The One Path”. I’d like to welcome the author to my blog, and thank him for answering my questions.

I think I was about twenty-two when I thought to myself, one day I would like to write my own stories. I was in the U.S. Navy and living in Spain. Back then there were only two Spanish television stations and there were no English broadcasts. The actual time on air was only a couple hours a day, so I did a lot of reading. I thought it would be fun to entertain people like the authors of the time were entertaining me. I have always enjoyed telling stories to my friends and family. I found it fun to mix just enough truth to a story so that they didn’t know if it was real or one of my fabrications.

I love stories in which the underdog, an everyday, average person, must perform heroic acts to stay alive or stop something horrible from happening. For my novel it was mostly movies that got me thinking about the story. The Seventh Sign directed by Carl Schultz, The movie Constantine the one staring Keanu Reeves and directed by Francis Lawrence, The Omen directed by Richard Donner and the epic Ten Commandments directed by Cecil B. DeMille.

My first line of defense is me, and that’s pathetic. Then I count on the computer and that’s pathetic too. Then I count on my wife… it’s starting to get better. I count on a couple beta readers… that’s okay. Then I use a professional editor. I’m telling you, you must have a professional editor. When I submitted my first book, The Great Angel War to the editor, I thought we had done pretty well. My editor uses color-coding for problems, each color means a specific type of problem. There was more color than black and white on each page when I got it back. Besides all the problems, I also had to reformat the manuscript to the Chicago style format. I found that I can, and have read my book 10-15 times. My problem is my mind sees what should be there, not what is there. I usually write a chapter, self edit, then my wife edits, then I move on to the next chapter and Oops, I need to change something in the previous chapter, this goes on and on. Every time I reread a chapter I make changes. After months I have to make myself stop. I have a mark on the wall that I use when I edit. It says bang head here. Pay an editor, don’t become a knot head. The best thing about my editor is that she teaches me. She explains the problem. Shows me an example and then sends me to the manuscript to fix everything using my own words. We usually go back and forth about three times to get to the end product.

I like Thomas, God’s last prophet. He is filled with self-doubt, yet he must move forward with his life doing the best he can under adverse situations. He knows Lucifer will be trying to kill him, but he still tries to do the impossible task that God has given him. He would be the perfect neighbor. On the flip side is the Antichrist. Here’s a spoiler alert… she is pure evil. She kills and deceives for the fun of it. The apple doesn’t fall far from the tree.

I would like to limit promoting my books to a couple hours a week. Believe it or not, this can be very time consuming and can become a trap, especially for new writers. I think it’s more important to keep writing. When your writing becomes good enough, the books will sell. I would also like to take one day totally off from writing/promoting/researching a week.

I just finished writing the fourth chapter of Armageddon: Book Three of The God Chronicles.

I am also working on a horror story that I would like to make into a novella, it’s called The Vampir, A New Harvest. The story begins in Romania at a military complex called Poenari. Those of you familiar with Bram Stoker know the story of Dracula started in Romania. Then there are the true legends of a man called Vlad the Impaler. His hometown was Poenari. Vampir is the Romanian word for Vampire. I’m having some fun writing this story. It’s about genetic manipulation inside a government lab gone horribly wrong. The end result is that man will no longer be the dominant species on the Earth. 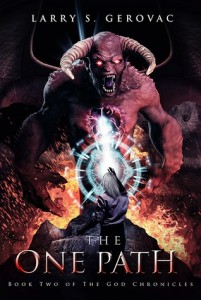 Title: The One Path

Lucifer asked the Gypsies, “What is the punishment for killing a Dark Warrior?” There was absolute silence. All the Gypsies were in fear for their lives. They did not want to draw the attention of this powerful demon.

Jal, seeing an opportunity for himself yelled, “Life for life.” Lucifer watched as Rayus tried to warn his dad by tugging on his arm.

That evil grin appeared on Lucifer’s face once again as he said, “Jal, was that you?”

Seizing his opportunity he said, “Yes, my Lord Lucifer.”

In this second book of the God Chronicle trilogy, Thomas, God’s Last Prophet, realizes that the only way to beat Lucifer, and prevent Armageddon is by stopping the birth of the Antichrist. In his efforts to find Lucifer, Thomas gets bonked on the head by the Pope using a religious artifact, gets beat up by Gypsies, and almost killed by demons. Eventually, Thomas teams up with a stuttering genius that is possessed by a fallen angel. The unlikely threesome seems to click on all cylinders as they work together and chase Lucifer through Europe. Will collaborating with a fallen angel prove to be a bad choice? 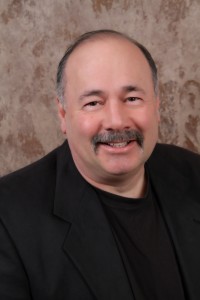 Larry was born and raised in the Midwest. He is a first generation American, U.S. Navy Veteran, ex-Air Traffic Controller, and a retired nuclear worker. He loves science, science fiction, fantasy, and horror. His goal is to entertain readers for many years with some truly out of this world stories.