Book Excerpt from H.A.L.F: The Deep Beneath 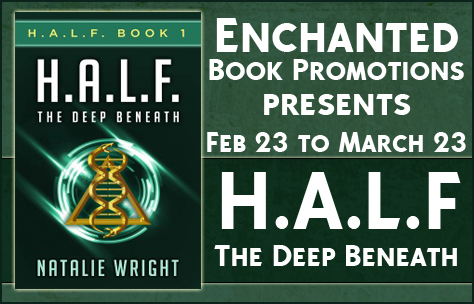 Excerpt from Prologue, H.A.L.F.: The Deep Beneath:

Lucia’s eyes fluttered open. There was no way to know how long she’d been out or where she was, but her pain was gone. She blinked, but at first saw nothing but a very bright, white light overhead. She blinked again and through the slits of her still-heavy eyelids, she saw that doctors surrounded her. They wore the same paper hats and masks that the paramedics had worn. The steady beeping of a medical machine droned over the murmur of the doctors.

How many docs does it take to deliver one baby? Though her vision was blurry, she counted at least five. She didn’t know much about having babies, but she was pretty sure it didn’t usually take five doctors to deliver one. Panic seized her at the thought that perhaps her life was in danger. Maybe the little monster had finally ripped the hole through her belly that it had been working on for so many months.

Though only their eyes were visible, Lucia tried to focus to see if Dr. Randall was among them. He had seemed so kind. Surely he wouldn’t let anything bad happen to her. But she didn’t see Dr. Randall. She did, though, recognize one of the doctors. It was Dr. Sturgis with the steely blue eyes that Lucia had met all those months ago. Dr. Sturgis looked right at Lucia while the rest of the doctors had their eyes on her abdomen. Lucia wanted to see what they saw, but there was a drape stretched across her body, hiding her stomach from her view. Lucia wanted to ask if it was going okay and was the little monster healthy and would it be all right and go to a good home. But her mouth was as dry as a cotton ball. When she tried to speak, all that came out was a croak.

Within seconds, Lucia felt herself being pulled down as if a hand of darkness had hold of her. She was helpless with drowsiness at a time when she wanted to be awake and alert to what was happening to her. The room was filled with the bloodcurdling screech of the infant the doctors had pulled from her womb.

They didn’t lift it over the drape to show it to her like they would have done if it had been a normal pregnancy with a normal birth of a normal child. Lucia didn’t need to see the thing to know it wasn’t normal.

Ordinary babies didn’t sound like that. Before Lucia fell wholly into the drug-induced darkness, she had time to form one last thought. I’m glad that little monster is out of me. 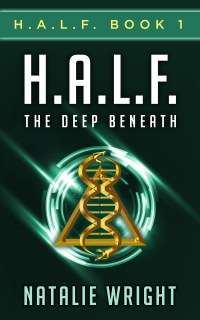 H.A.L.F. 9 has taken his first breath of desert air and his first steps in the human world. Created to be a weapon, he proved too powerful for his makers, hidden from humans and sedated. But H.A.L.F. 9 has escaped the underground lab he called home, and the sedation has worn off. He has never been more alive. More powerful. Or more deadly.

Erika Holt longs to ride her motorcycle east until pavement gives way to shore. She bides her time until graduation when she’ll escape the trailer she shares with her alcoholic mother and memories of her dead father. But a typical night in the desert with friends thrusts Erika into a situation more dangerous than she ever imagined.

Circumstances push the two together, and each must make a fateful choice. Will Erika help H.A.L.F. 9 despite her “don’t get involved” rule? And will H.A.L.F. 9 let Erika live even though he was trained to kill?

The two may need to forget their rules and training if either is to survive the dangers of the deep beneath them. 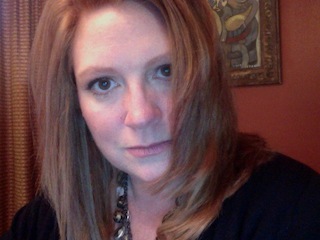 Natalie is the author of H.A.L.F., a young adult science fiction series, and The Akasha Chronicles, a young adult fantasy trilogy. She lives in the high desert of Tucson, Arizona with her husband, tween daughter, and two young cats.

Natalie spends her time writing, reading, gaming, geeking out over nerd culture and cool science, hanging out on social media, and meeting readers and fans at festivals and comic cons throughout the western United States. She likes to walk in the desert, snorkel in warm waters, travel, and share excellent food and conversation with awesome people. Natalie supports the rights of both humans and non-humans to live a life free of suffering caused by people. She was raised an Ohio farm girl, lives in the desert Southwest, and dreams of living in a big city high rise.