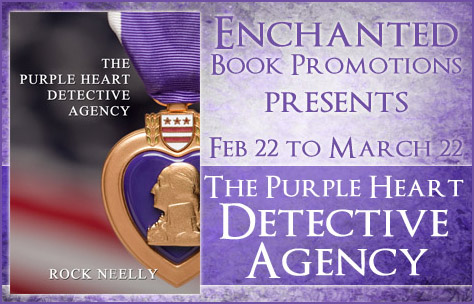 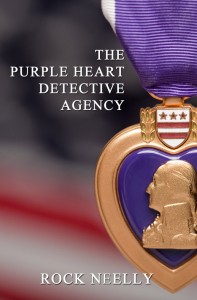 “What do wounded warriors do when they return from war missing a leg or two? These tough guys start The Purple Heart Detective Agency. Using battle-tested skills, laughing all the way, when others have turned their backs, these sleuths solve mysteries. Rock Neelly’s novel is easy to pick-up, hard to put down.”

– Robert Beattie, author of Nightmare in Wichita: Hunt for the BTK Strangler

– Brian Dobbins, author of The Witch’s Cartel and Corryville

The sudden disappearance of a magician isn’t usually cause for alarm, but it’s a different story when the disappearance isn’t part of the act.

Clay and Roddy are two war veterans – both amputees – trying to rebuild their shattered lives through their struggling Purple Heart Detective Agency. Then the beautiful Angela Thayer enters the picture, asking for their help in finding her missing friend and employer, Trevor Baker – stage name, Merlyn the Magician. The high profile case promises to jumpstart their careers…until the search leads to betrayal, intrigue and mind control. And then the murders begin…

A hard-boiled detective story of murder and mayhem, a war story of pathos and survival, an action story of intrigue and violence, a love story of abandon and betrayal, a stick in the eye of the entertainment industry, wry social commentary on how America treats its veterans of war, but mostly a rousing tale of brotherhood in war and beyond.

And of course, a foul-mouthed monkey named Jerry. 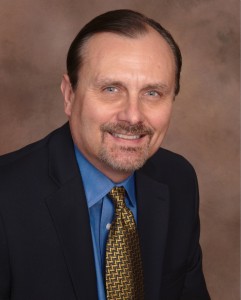 Rock Neelly is a Professor of Communications and English in the Cincinnati area. He has written numerous articles in magazines, journals, and books over his career. In his storied career, Rock has been a newspaper man, a sales manager, a contributing editor, and a bad guitarist in a garage band. The grandson of cattle ranchers, Rock grew up on the high plains of Kansas shooting baskets and pheasant. He currently teaches film, literature, and writing at a community college in Northern Kentucky. He lives with his wife and family in Liberty Township, OH.

The Purple Heart Detective Agency is his first novel.