Author Interview with A. Star 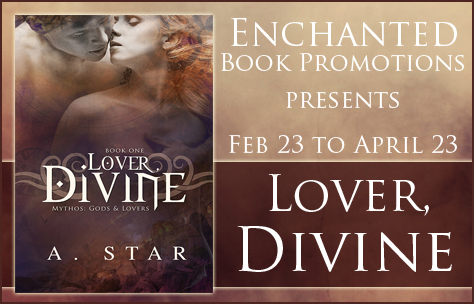 I’m interviewing A. Star, author of fantasy romance “Lover, Divine”. I hope you enjoy the interview!

I’ve always had a knack for writing, but I didn’t become serious about wanting to be an author until my last year of college.
2) Where did you get the inspiration for Lover, Divine?
I was inspired by the YA companion series I wrote, Oracle of Delphi, which is the same world over twenty years later. Fans of the series really wanted a book that put Apollo in the spotlight and since I had planned to do that anyway, I did it sooner rather than later!
3) What is your editing process like?

Honestly, I do too much self-editing. I edit as much as I write and that sometimes delays the book making its way to the actual editor. It’s really annoying but I can’t seem to stop!

>My favorite character is Apollo, hands down. He is just the one that you love to hate. I strongly dislike Siobhan’s parents, but I wrote them to be hated so…mission accomplished!
5) What are your writing goals for 2015?
I have four books planned for release this year, but who the hell knows if I’ll come through on that. I wouldn’t want my readers to put too much faith into that, lol.
6)Are you working on something now? If so, can you tell us a little about it?
Currently, I’m putting the finishing touches on 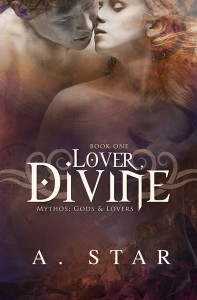 Born into one of the wealthiest families in Ireland, Siobhan Law has status, privilege, and a secret: The Greek gods of Olympus and their kingdom in the clouds are real, and her family acts as one of their agents on Earth.

When the beautiful immortal celeste Liam Argyros shows up claiming to have come to Earth to deal in the affairs of the divine, Siobhan finds herself unable to resist his charms. New to the game of passion and seduction, she quickly ends up in over her head, sinking deeper with every attempt Liam makes to win her over.

But Liam’s divine mission is far more complex than she ever imagined and nothing is truly as it seems. Because Liam has a secret of his own: He is Apollo, Olympian god of the Sun, and his mission will never be complete until he has claimed Siobhan’s heart forever.

WARNING: For readers 18+ only. Contains adult language and sexual situations.

A. Star is a fan of dirty passion. She likes to read it, and she damn sure likes to write it. Her first adult romance/fantasy novella is called Invasion, an alien romance about sacrifice. Lover, Divine is the first release from the Mythos: Gods and Lovers series. Future releases under A. Star include, King, Desired (Mythos: Gods and Lovers #2), the Love & Steampunk series, the Purr, Inc. stories, and more.