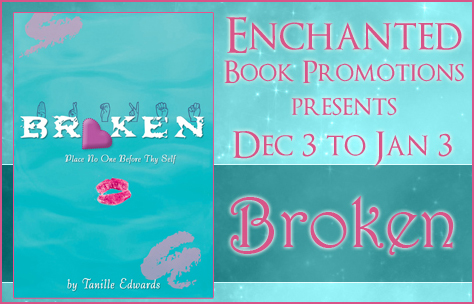 Cara—a mystery to me, at best—had just sauntered through the shutter doors. She gave Sierra and Frenchy a head nod. I guessed that was going around this season. Bold island colors were back, and so was the head nod. She walked over to the bar with a slight twitch in her hips. The guys surely liked it. I caught a few eyeing her as she walked by. I caught myself watching people at times. I was beginning to think that how people moved, rather than what they said, told you what they were really about. For a while now, I’d been finding it hard to believe what people said. My father used to say a lot of things that now didn’t mean anything. I didn’t even think he remembered. Maybe Dimitri was right. Maybe I shouldn’t remember so much. Part of why Sierra and Frenchy were my 24/7 was because they were the only two I could trust. Cara? Hmm. I didn’t have an instinct on her yet. The channel was blocked. And her walk was questionable.

Tattoos were always of interest to me. I watched as Cara walked over to the twins. Her star tattoo on her back peaked through her shirt. “Where’s Milan?” Cara asked the twins.

“Somewhere around here. What, you don’t want to hang out with us?” Sierra asked. Frenchy’s eyes searched Cara’s. Then she looked away.

“Want to locate Milan? Why don’t you start with her brother over there?” Frenchy pointed to Dimitri.

Clearly, they were annoyed with her. They wouldn’t sic Dimitri on her unless they wanted to best her. Cara’s eyes lit up. I was starting to feel a little bad. Hopefully she hadn’t fallen for the earring and the smile. I thought about walking up to her, but my gut told me to hold on.

“I thought you were the girl who had the deal on everything,” Sierra said.

I walked slowly through the crowd. I felt a tug on my arm. I turned around. A young boy had grabbed hold of my wrist. “Can I buy you a coffee or something? You’re probably healthy. Too beautiful to be a coffee head. I mean … if you like coffee. Uh … it doesn’t mean you’re a coffee head,” he said. I laughed. He was very cute—just a little young. He had light brown eyes, long, curly hair, and a nice smile. He was five-foot-10, maybe.

“What are you doing around here?” he asked.

“Thanks for asking … about the coffee. I just have to get over to my girls. Maybe I’ll see you around, Andrew,” I said.

Meet Milan, a young supermodel with a disability from New York’s Upper East Side, who falls deeply in love as she is coming of age. In this romantic drama, the emotional conﬂict of a girl’s inner soul is revealed as she deals with a ﬁrst love, the pain of loss, and the pleasures of stardom, all while coping with a lifelong secret. In the world of Milan, the people are real, the situations are rolling, and the truth is often concealed. Broken is a racy circle of sisterhood, laced with a touch of earthiness, glamour, wealth, and fame.

Readers get free music downloads of the new Pop R&B hits “All of Me” and “What’s a Girl to Do” by Tanille, and more with purchase.