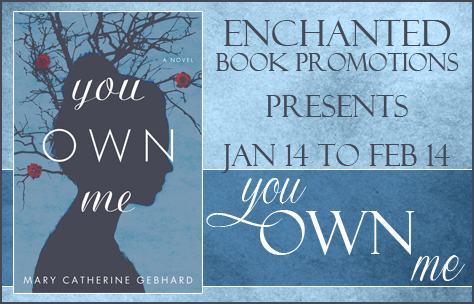 I’m interviewing Mary Catherine Gebhard today, author of new adult psychological romance “You Own Me”. Thanks for taking the itme to answer my questions, and welcome to my website.

I’ve always been writing, I even have some of my old stories from elementary school! They’re horribly derivative though. It’s basically whatever I read that month slapped on to a paper with my name on it.

The day I realized it was what I wanted to do for a living was ninth grade drama class. Up until that day I fancied myself an actress. My drama teacher had us write a background for our character and that was more fun for me than acting out the character. It was a lightbulb moment. I was like “I could do this. I love this! I could write about characters all damn day!”

2) Where did you get the inspiration for You Own Me?

You Own Me is one of what I call my “bipolar books.” I wrote it before I was diagnosed with bipolar and was having a manic episode. Before my diagnosis, I would periodically get super inspired, write like half a novel, then forget about it and move on. When I was finally diagnosed and got on meds I went back and organized all of my bipolar books and started reading You Own Me again. I was like, “hey this is kind of good!” At that time, You Own Me was just a shell of what it is now.

When I began to really write You Own Me it transmogrified in to semi-autobiography (semi, because I don’t have a psycho, stalker ex). Lennox’s journey to find what happiness really meant and get over the gnawing, sinking hole inside and be your own happiness was very similar to my own this year.

I plan out the story, then write it, then I rewrite, and then I let it sit for awhile. After a month or two I go back to the story and reread it, rewrite it again, and let it sit. Rinse, repeat. Then I send it out for beta readers, I take their advice, and rewrite it. Now it’s time for an editor.

You Own Me was a bit rushed. I thought I would have more time to edit it, but I didn’t. It was my first novel and I made a couple of mistakes along the way, and I think that shows in its editing unfortunately.

4) Did you set any writing goals for 2014? Did you accomplish them?

I didn’t set any goals until the end of 2014. In 2013 I tried to kill myself, so 2014 was all about recovery for me. Towards the end of 2014, around the summer, I started writing again and told myself I would finally release a novel. It happened a lot faster than I thought and I’m so excited and grateful!

I want to release two more novels this year but more importantly, I would like to create a fan base for my writing. I would really like to know what my readers enjoy about my writing so I can give them more!

I’m working on so much! I want to get two novels out this year. The first one is a comedy about a woman who owns a bookshop in Salt Lake City (my home town) and a man who wants to be a UFC fighter. The woman, Kay, is trying to get in shape and the man, Ryan, is studying for his GED. They strike a deal to help each other.

The idea for this novel came to me while I was trying to get in shape. My god the ridiculousness that ensues while being out of shape in a gym…

The second is a horror/romance set in Dublin. 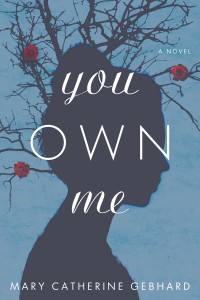 Title: You Own Me

This is a story about happiness, and how it doesn’t simply happen because you fall in love.

Lennox is on the run from her ex-boyfriend. She had to drop everything, tell no one, and move to a new town, alone. She expected to be lonely, she expected to be afraid, but she never expected to meet a man named Vic who drove her crazy with lust and anger and called her “Lenny.” If it’s at all possible, Vic is more twisted than the man she ran away from.

She should ignore him, but they’re drawn to each other like magnets. Lennox ran from from Seattle to Santa Barbara to get away from violence, to create a new life, and to be something simple. Instead she’s found herself wrapped up in great friends and an epic love. This new life is the opposite of everything she wants, but it might just be everything she needs. 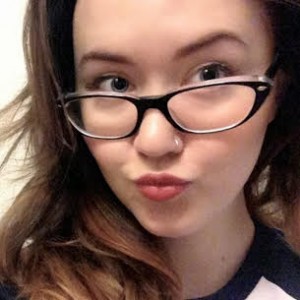 Mary Catherine Gebhard bites off more than she can chew and sometimes calls herself Eva Natsumi. She’s lived in Salt Lake City, Utah her entire life, but occasionally goes on vacation from reality. Don’t worry, she sends postcards.