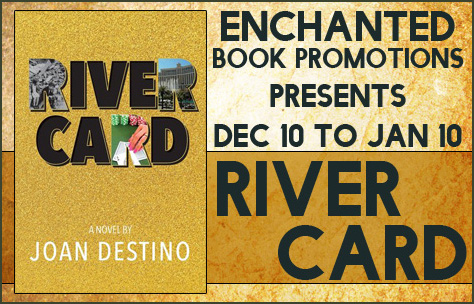 I’ve always wanted to write a novel, but I never focused on becoming a serious writer until the time arrived in my life when I felt I had met my immediate responsibilities and duties toward my children’s upbringing, my husband’s career and my commitment to my community. When I was ready, I focused on learning how to use a word processor and how to write.

Where did you get the inspiration for River Card?

While playing poker, I often found myself mentally chronicling the action at the table, and creating descriptions of the casino and its denizens in my mind. At some point I started writing down those words and, over time, collected a catalogue of notes. Then I had the opportunity to get into the UCLA Extension Writers’ Program where I learned some basic creative writing skills. At about the same time, my father was diagnosed with terminal cancer, and wanted to talk about his own life which included his years as an Army Intelligence Officer. I learned that my mother and I were among the first military family members to arrive in Germany after the end of World War II. My memories of the time (from when I was three until I was nine) were enhanced by my discussions with my father. I wanted to write about both those aspects of my life at the same time, and so the idea for River Card evolved.

I proofread everything I write at the end of each session, then I proofread and edit it again and again. As I was writing this novel, I paid for a professional edit, and based on that made many changes, then paid to have it professionally edited again. I believe as on should not be her own lawyer, one should not simply proof and edit her own work.

My goal for 2014 was to promote River Card and begin work on the sequel. The creative writing end progresses when I apply myself and make the time. I’ve been on a steep learning curve becoming conversant with the digital literary environment, but I’m moving forward.

I plan to continue to promote River Card and to work on the sequel.

The story of River Card ended with many unresolved issues, and that was my intent. I am working on a sequel which will take place in the near future; still in Las Vegas as well as other parts of the world, and will feature the child, Livy, the daughter of Phillip Vance, the casino developer, as she comes of age. 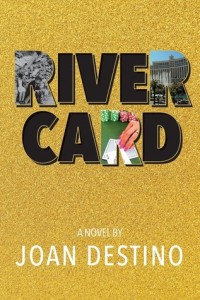 “Who was she trying to fool? Herself? A little late for that. She had to win; her survival depended on it.”

Do you have what it takes to lose it all? Find out in Joan Destino’s stunning debut novel, “River Card.”

Georgia Kassov Cates is a business woman, a wife, a mother…and a gambling addict. Desperate to recoup a devastating string of losses, she risks it all for one last game- a game that’s abruptly halted when the Las Vegas casino succumbs to a freak blackout.

As they get to know each other, a connection is slowly revealed: postwar Germany, a time and place that is reflected in” River Card’s novel-within-a-novel, “Alexandra.”

Alternating between the opulence and depravity of 1940s Germany, and the glamor and baseness of 1990s Las Vegas, “River Card” reflects Georgia’s mounting fears-both past and present-as she plays one last hand… 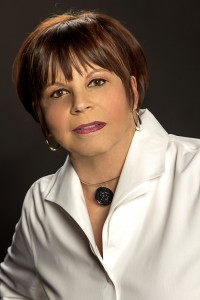 As the daughter of an Army Officer, Joan Destino traveled throughout her childhood, living in many parts of the U.S. as well as Germany. After high school and college in New England, she taught kindergarten in Boston while her husband attended law school. In the early seventies she moved to the Los Angeles area, raising her family in San Marino. She participated in the UCLA Writers’ Program for several years, culminating with several semesters in their Master Novel Writing Class. After playingTournament Bridge for years, shebegan playing casino poker in the mid-eighties. She bought a second home in Las Vegas in the mid-nineties and moved there permanently when her husband retired in 2004. Joan plays both cash and tournament poker including the World Series of Poker at the Rio Casino.