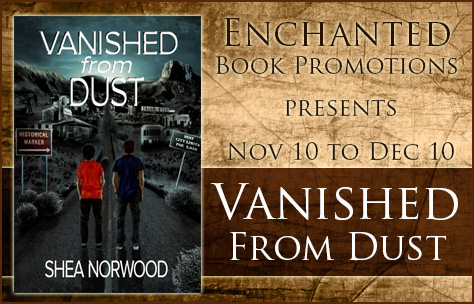 I’m interviewing Shea Norwood, author of “Vanished From Dust”, a YA paranormal mystery. Welcome to my blog, and thanks for taking the time to respond to my questions.

It was around Junior High School when I realized I wanted to be an author. Years of reading and creative writing led to my love for the craft.

2. Where did you get the inspiration for Vanished From Dust?

I actually started Vanished from Dust over a decade ago, but lost interest in the direction of the plot so it was put aside and forgotten. I rediscovered it after sorting through some old boxes and rewrote all the parts that didn’t work. The concept for the story began when I wondered what it would be like to be trapped on the other side of the mirror and is loosely based off my hometown.

Editing starts daily after I’ve finished writing. I typically re-read, edit, and re-write as I go along. Once it’s finished, a few beta readers and myself continue the editing process by reading the entire book. Next, I send it to my editor to do a final edit.

If you break a book down into its three parts – beginning, middle, and end, I would say the middle is the most difficult part. I had the beginning and end of the book already figured out, but the challenge was with ensuring the middle kept up with pacing and plot development.

Great question. I’m on-track to complete my goal of finishing the sequel to Vanished from Dust before the end of the year. My goal next year is to complete two novels.

6. Are you working on something at the moment?

I’m working on the sequel to Vanished from Dust titled The Illusion of Home, as well as two separate novels in the New Adult and Adult genres. 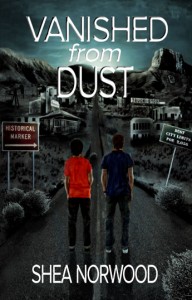 This book is the first in a series.

A CHILL RUNS THROUGH HIS SKIN AS THE PHANTOM APPEARS.

Eric Stark is not insane. Or at least he doesn’t think so. He wishes everyone in Dust, Texas, felt the same way. But that’s not going to happen since the whole town thinks he’s crazy. Why didn’t he keep his mouth shut?

No one understands. Eric is alone as he battles his sanity in a town of tormenters. Suddenly a new friendship emerges after the new kid, Kyle Barrett, moves to town.

Eric reluctantly reveals his secret. Is it a curse or a gift? He isn’t certain, but with Kyle by his side he finds the courage to seek the truth.

They soon realize that something sinister is descending on the residents of Dust.

Is it caused by Eric’s phantoms or is it something else? Is it connected to the mysterious death of hundreds of townspeople over sixty years ago? One thing is certain—only Eric and Kyle can save them.

They set out on a heart-pounding adventure and find themselves transported to a disturbed and deserted version of their small southern town. They quickly discover that this new world has mysteries of its own to uncover. What they find could prove more than they bargained for, and it only leads to more questions. Eric and Kyle must face a horrifying fact—they may never get out alive.

Will they survive their encounter with these dark and mysterious beings?

Will they find a way back home?

Or will they be lost forever?

The Vanished from Dust series is perfect for anyone who craves a hair-raising thriller packed with mystery and suspense. This paranormal story for young adults can be compared to Stand by Me, mixed with Odd Thomas, and a twist of The Dark Tower. 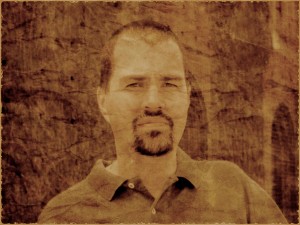 Shea Norwood is a West Texas native that currently lives in the DFW area with his wife and son. He’s an avid reader and enjoys the craft of writing. The fictional town of Dust is loosely based on a small town south of Odessa, TX.