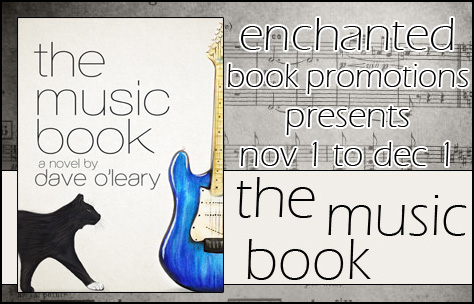 I’m interviewing Dave O’Leary today, author of literary fiction “The Music Book”. Thanks for answering my questions, and welcome to my blog!

Years ago when I was in college at Ohio State, but I held off until I was almost 40. It wasn’t that I didn’t write in those days. I wrote a lot as that was my major, English Literature with a focus on creative writing, but for what I wanted to do, I knew the things I was writing weren’t good enough. I needed more life experience, and I needed to read more. The writing needed to delve a little deeper. Plus, there was always music. The guitar and the bass were always in the corner calling my name, and in those days they had a stronger call. So after college I did the band thing for a few years, and then I wound up living in Korea and teaching English for eight years. When I made my way to Seattle in 2007, I was ready. I started a blog and forced myself to write every day. My first book, Horse Bite, grew out of that.

2. Where did you get the inspiration for The Music Book?

When I was finishing Horse Bite, I was contacted by a music blog in Seattle called Seattle Subsonic. They wanted me to write for them since I’d had some music themes in my personal blog, and they liked the quality of the writing. I was reluctant at first since I didn’t want to be a critic. In music, I’d always been the one on stage. I couldn’t imagine being critic so what I did was insert myself into the writing. It wasn’t just about the music. It was about my experience of the music, and I found that doing it that way allowed me to really get into chords and melodies and lyrics, into what it was like to watch the band while scribbling notes and drinking a beer at the end of the bar. What I found was that the bands quite enjoyed what I was writing. They enjoyed the perspective. The readers did too. Eventually, Stacy Meyer, singer for a band called Furniture Girls (a band featured in the book), told me one night she’d love to see a collection of those writings in a book. That was the genesis of it, but I knew the book couldn’t just be a collection of reviews about local bands in Seattle. What I did instead is take the themes that had shown themselves in the music articles and build a fictional narrative around those. The book is thus a blend of fiction and non-fiction. The bands and music are real. The story wrapped around it is fiction.

Since the music is real, we also put together a CD of the songs experienced in the book, and the sales of the CD will benefit the Wishlist Foundation, which is a Pearl Jam fan nonprofit organization dedicated to supporting Pearl Jam’s charitable and philanthropic efforts. The charity fit since Pearl Jam is in the book.

The CD is here: https://themusicbook.bandcamp.com/album/the-music-book-a-benefit-for-the-wishlist-foundation

When I write, I just write. I don’t make note cards or outlines or anything, but that isn’t to say that I go into it blindly. I know much of what I want to do, but also leave much of it to come out in the writing. When I’m done with a draft and ready to edit, I’ll print and bind a version so that I can read it like a book. Being able to hold it and read the words on paper helps a lot to find typos and such, but it also makes it easier to read. I get a better sense of the flow. The words seem physical things. When reading, I’ll mark up the pages with a pen and then when done, I’ll just go through from the beginning to fix the things I’d marked up. I’ll do this three or four times before showing anyone. By the time my publisher got a copy of The Music Book, I’d gone through this process probably twenty times, so when I first sat down with my editor, she told me it was a very complete manuscript. Consequently, the edits made after it was accepted by Booktrope were quite minimal.

The music writing was already done when I began The Music Book, so the hard part was writing the story that wrapped around the music and then massaging the music writing a bit where needed. I started and stopped the book a number of times. I went for a couple months just not sure how to start it, and then one summer day I was at a pub sipping a beer and the idea for the prologue popped into my head. I can’t say why. I wasn’t thinking about it in the moment. I have no idea what I’d been thinking about, but when it came I pulled my laptop out and started typing. From that day, it pretty much all fell into place. It still took me two years to finish it, but some of that was just fine tuning the writing and some was because I was in a band then, and the band took up a lot of time I otherwise would have been writing.

I was in a band called Sightseer (featured in The Music Book) until October 2013. At that time, I made the difficult decision to leave the band so that I could focus on finishing the book. That was one of the hardest choices I’ve ever had to make, but that made me even more determined to see the book through. My goal for 2014 then was to finish the book and get a publishing deal. I was able to do that by April. I finished the book in February and sent it to three Seattle-based publishers. Booktrope accepted it so here we are. I have similar goals for 2015.

Yes, I am. I have a few short stories that are based around holidays although they aren’t holiday stories in any traditional holiday stories. The main one of these is called Condoms on Christmas. It was first published in the Monarch Review in May of 2012, and I’ve begun reworking it a bit. As I’ve done such, the story has grown so much that it might turn into a short novel. It could end up being its own thing or it could be like part two of Jumpa Lahiri’s Unaccustomed Earth. The first part of that book is five unrelated stories, and part two is one story in three parts and is about one third the length of the book. Condoms on Christmas might be like that, the longest story in a collection of short stories. We’ll see. As for what it’s about, it isn’t really a Christmas story, of course. Such holidays just give heightened awareness to the feelings of being alone and the reasons we do and don’t let people into our lives. It’ll weave in and out of the differing perspectives of five people on a single Christmas day. There’s desperation, joy, sex, booze, loneliness, and redemption. Most of all there’s possibility. That’s one of the things about holidays. They remind us of all that was and that we’ve lost, but they also remind us of all that is possible for the future. 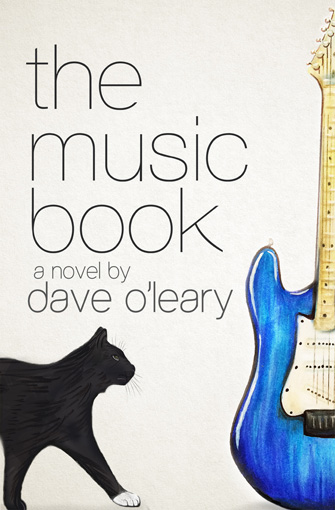 What does music mean? Can it be more than the sum of its notes and melodies? Can it truly change you? Rob, a musician turned reluctant music critic, poses these questions as everything important in his life appears to be fading—memories of lost love, songs from his old bands, even his hearing. He delves into the music of others to find solace and purpose, and discovers that the chords and repeated phrases echo themes that have emerged in his own life. The music sustains him, but can it revive him?

The Music Book is a story of loss, of fear and loneliness, of a mutable past. But most of all it’s about music as a force, as energy, as a creator of possibility. What might come from the sound of an A chord played just so? Rob listens. And among other things, he finds surprising companionship with a cat; another chance at love; and the courage to step on a stage again and finally, fully comprehend the power of sound. 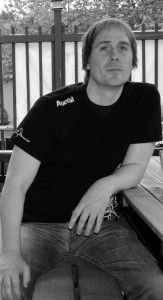 Dave O’Leary is a writer and musician living in Seattle. His second novel, The Music Book (Booktrope, November 2014), is a collection of the writings O’Leary has done about Seattle bands for both Northwest Music Scene (http://www.northwestmusicscene.com/author/davemusic/) and the now defunct Seattle Subsonic. It is a fictional narrative wrapped around and within the actual music, a story about live music in Seattle and, more broadly, about the power of music in our lives. A CD of the music experienced in the book will be released by Seattle indie label, Critical Sun Recordings.

His first book, Horse Bite (Infinitum), was published in 2011.