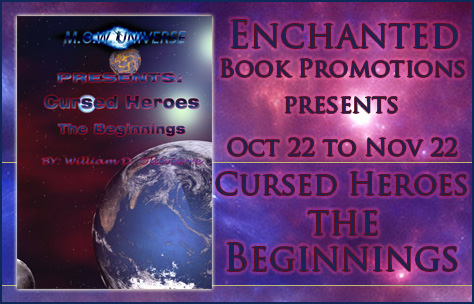 I’m interviewing William D. Ollivierre today, author of science-fiction / fantasy novel “Cursed Heroes: The Beginnings”. Welcome to my blog, and thanks for answering my questions.

That’s a hard one, I have been writing for what seems like my whole life. However, If I have to think back to when I first started, I think it must have been somewhere around the age of seven when I first thought of writing. Though then I didn’t see it as being an author but a storyteller. The idea of being the person telling the story was one of the most amazing things to me at the time. So once I turned ten I decided that I would be an author one day.

2. Where did you get the inspiration for Cursed Heroes: The Beginnings?

Cursed Heroes: The Beginning is part of a concept I came up with before I even had the idea of being an author. I love superheroes then but watching superman, batman, and all these other heroes fight the same bad guy over and over again; I thought that the hero was the one losing. Putting the bad guy away every time and having them back out the next day. I wanted a hero that would win, a hero that the bad guys would be running from, not running to in order to fight again. So after years of this idea in my head it hit me when watching TV one day, I heard someone say they turn their curse into their gift. So I thought what if there was a hero that was cursed to be one, not blessed with powers but having them forced onto them. What would they be like, and with that thought I created the cured heroes and wrote my first short story called the curse of life, the building story for all the others in this book. Finally have my hero that didn’t fight for justice and all things good but for themselves they would never give until anyone that they faced went running in fear.

After finishing and review my work with spell check I have a few of my close friends and family, or a fan read over the story while I work on other ones to get the story out of my mind. After about a week I go back to it and read it again this time to see that mistakes that were corrected and find words or sentences that I feel need to be changed or my reviews places in parenthesis, because it was unclear or just need to be changed. I go line by line spending up to ten minutes on one line to get it to sound right, as if someone was there reading it to me. After this I do my last read the next day to make sure it flows well. Taking me up to two weeks to correct one short story.

The most challenging part of this or any of my collections would be finding the right stories and the right order to put them in. For this it was even harder to pick the stories I felt were best to tell the beginning of everything. Collections of short stories can be easy to write but impossible to put into a book that makes sense. For this one it took almost a week just to decide the stories to include and a few days for the order.

5. Did you have any writing goals for 2014? Did you accomplish them?

I did have one goal and it was to finish the first book in the Cursed Heroes series and publish it. Ten Thousand Walks, is by far the longest thing I have written and I didn’t think I would hit the 50,000 word goal but in the end I got 56,000 and accomplished my longest running goal of finishing a full length novel.

Right now I am working on Cursed Heroes: Dark side. A darker look at the heroes, in the universe I created. This one isn’t about saving anyone from evil but instead what happens when power is misused instead of doing what they were created to do they have chosen a more self-center and darker path. The results of this path can be a dangerous of just weird one. After that or alone side it I will be doing nanowrimo writing the second book of the Cursed Heroes series The legend of the Zenn. 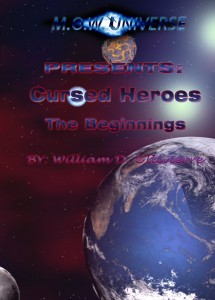 In a universe where technology and the bad guys have gotten out of control, and a place where the destruction of a planet filled with people to test a weapon is the best way to show its power. Something must keep the balance of power, so the universe doesn’t fall into chaos. But when all forms of police and law keepers fail these heroes known as the Brothers Will stand tall.

Cursed by faith or maybe something much more powerful. Theses heroes fight risking everything in order to protect the universe they live in. Asking for nothing in return not even recognition, or so it may seem. These cursed souls are cursed to wander the universe forever protecting it against their own will.

Come see where they came from in this epic telling of just a few of their stories. 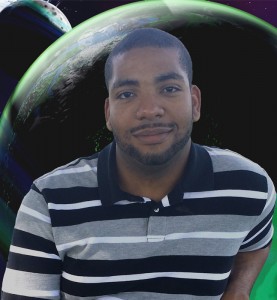 Author William D. Ollivierre, was created to write science fiction. With an imagination, that takes him out of this universe, to one of the wondrous worlds, heroes, and adventures. Then with his captivating voice, he takes you by the hand taking you for a ride in these worlds, pulling you deeper and deeper with each word.

He has published four books to date, one book of poems (The will of the heart, the love within) and three Science fiction works. Two short story collection and one novel, all as part of his Cursed Heroes saga that has only just began.

Buy the book on: