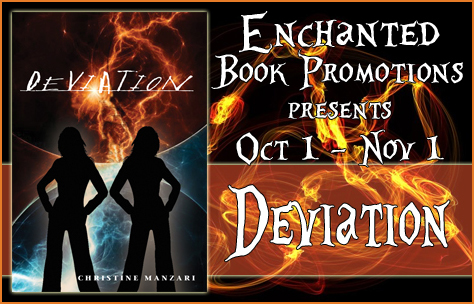 I’m interviewing Christine Manzari today, author of YA dystopian novel “Deviation”. Welcome to my blog, Christine, and thanks for answering my interview questions.

I always enjoyed writing when I was younger, and I even went to writing camp during a couple of summers while in high school, but writing was always something I did just for fun. In college I studied fine art and even took some creative writing classes, but I never seriously considered I could become an author. After I graduated, I worked as a graphic designer and it wasn’t until I became a stay-at-home-mom that I realized I could try to pursue my love of writing. I started writing a blog in 2009 called Tine vs. The World where each post was a humorous take on the silly things that happened to me. Once I felt like I had my writing style down, I began writing my first book in 2010.

2. Where did you get the inspiration for Deviation?

I’ve always loved super heroes and characters with unusual powers, but I didn’t want to do the same powers for my characters that had been done in movies and comic books. I did some research on animals with unique defense mechanisms and skills. Once I discovered some of the amazing things that some animals could do, the Deviant Dozen were born. All of the code names and powers of my characters are based on real creatures and the incredible things they can do. My favorite creature that one of my characters is based on is the Indonesian Mimic Octopus. It is seriously cool.

I edit a lot as I write. Each night before I start writing a new chapter, I go back and re-read the last chapter I wrote. That way, I can fix anything that might be a problem as I go along. After I finish writing the complete first draft, I usually have a fairly clean manuscript since I edit as I go. I do a complete read through of the entire book again and make any edits I might have missed. When I’ve finished editing it myself, I send it to beta readers who give me initial impressions and corrections on my story, characters, and plot. When they’re done, I make another round of edits and fix any issues and plot holes that they marked. Next, I send the manuscript to an editor who marks grammar, spelling, and punctuation mistakes. I make those changes and then re-read the manuscript one more time before formatting begins.

The most challenging part of writing Deviation was that I had a lot of characters to keep track of during the story. I had to make sure that everyone had enough face time to give them a distinct personality and plot value.

For the rest of 2014, I plan to finish writing the third and last book in the Sophisticates Series. I also plan to finish edits on my first new adult novel and get it ready to be published in the beginning of the new year. Another project that I’m excited about is a new adult book that I’m co-writing with another author friend.

I’m working on several projects now, but I’m really excited about the new adult book I’m writing that takes place in Venice Beach. The title of the book is Hooked and it’s about a snarky, adrenaline junkie, skater girl named Cat who is obsessed with 80s movies and graffiti. Love isn’t really Cat’s thing and she doesn’t trust easily, so when she meets Huck, a confident and rich pretty boy who is her complete opposite, she thinks that a one night stand with him could be fun, but harmless. However, when all of the secrets they didn’t share are revealed, Cat and Huck discover how easily a one night stand could ruin everything. The problem is, they’re hooked on one another. 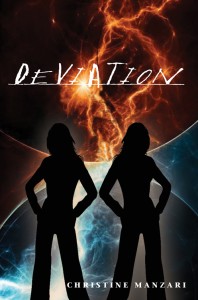 Being a Sophisticate of the Program seems like it’d be a pretty sweet deal: a little genetic alteration and anyone can be smarter, faster, and stronger. It’s a dream come true. All you have to give up is your freedom.

Cleo is a Sophisticate and she has a bright future in the Program. But she has a secret. When she gets upset, bad things happen. Explosive things. Things she can’t control.

When her secret is discovered, she’s sent to the Academy to train in the military branch of the Program. She’s destined to be a human weapon in the war that’s been going on since Wormwood occurred nearly 30 years ago. She soon learns that although her ability is unique, there are others like her — other Sophisticates with lethal skills and odd code names like Archerfish and Mimic Octopus.

Immersed in a dangerous game of supernatural powers and dubious motives, Cleo doesn’t know who to trust. Ozzy, the annoyingly attractive cadet who has perfect aim in weapons class and deviant lips behind closed doors, begs her not to use her powers. He’s the golden boy of the Program, but can she trust him? Or will she find herself a target, caught in his crosshairs? 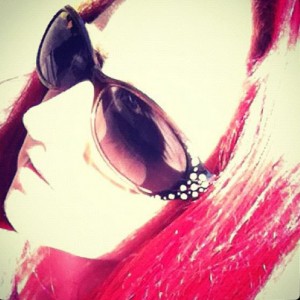 The first thing Christine does when she’s getting ready to read a book is to crack the spine in at least five places. She wholeheartedly believes there is no place as comfy as the pages of a well-worn book. She’s addicted to buying books, reading books, and writing books. Books, books, books. She also has a weakness for adventure, inappropriate humor, and coke (the caffeine-laden bubbly kind). Christine is from Forest Hill, Maryland where she lives with her husband, three kids, and her library of ugly spine books.