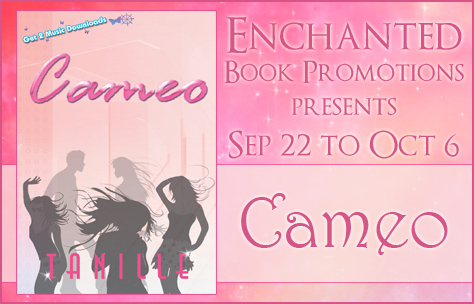 We’re interviewing Tanille Edwards, author of YA thriller/romance “Cameo”. Thanks for answering our questions, Tanille, and welcome to the blog.

When I was about 18 I knew I would eventually write books. At the time all I could think of was movies and then I came across one story idea and I said this has to be a book. I knew it would play out so well on the page.

2. Where did you get the inspiration for Cameo?

Cameo is like a remix of script I wrote years ago. I have such a passion for teen movies and mystery/thrillers. It made so much sense to write my own version of a teen mystery/thriller.

Before submitting to my editor. I read it a few times. As I read I try to ask my self what I don’t like about it. I try to incorporate small notes on life I have up on these post-it’s in my writing space. I try to ask my self if each character sounds like themselves. Like is this really Cindy? Would Nia say that? Would she even care about that. Then I turn it over to two people I trust and ask them to be brutally honest about what they love and what they hate. From there I assess their comments and try to make some more changes. Then I submit to my editor.

I think I had a challenge walking the fine line between making Nia a know it all and making her relatable emotionally. It was through this book I realized I wanted my mark to be to tell stories with the emotions in the lead. I want people to feel my characters and say I’ve been there before.

Complete Broken Part 2 and live. I try to bring as much real life and as many true stories into my works as I can. I was telling one of my girlfriend’s a personal story the other night and she was like I you put this into a book no one would even believe it. When I got off the phone I tailored it into a future chapter. I just had to. It was so left field it the type of stuff that makes you think twice about a book like. There’s some real grit here.

I am working on Broken Part 2. So my novel Broken is also out now. It is about a young supermodel from New York’s who falls in love twice. The push and pull internally and externally are so palpable. And then her friends are like sisters all except one. There are many challenges with the sequel. She grows tremendously in the second book. Yet some old habits die hard. And we see the supporting characters take more of a life of their own. This second book takes them from high school seniors into college. The transition is starting to really excite me. Each character is trying to fly in their own and way and some getting off the ground a little better than others. There’s also the question of how the love saga continues. 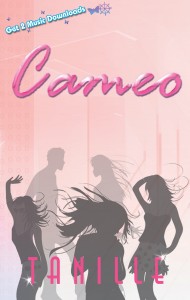 New Pop R & B Song “Baby Comeback to Me” by Tanille are included. Email us Music@Tanille.com for your songs. Cameo by Tanille is your next sinful beach read. Be 17 again! This page turning who done it is packed with mystery, drama, and steam. Nia is a high school beauty who discovers she’s being stalked by someone in a secret underground society. Everyone is suspect. The pressure is mounting and problems are stacking up. Who is behind all of this? Which one of her friends is connected with this secret society? And why?

Tanille is the co-author and creator of the children’s green book series “Jordan & Justine’s Weekend Adventures.” She is also the author of the new media young adult novels with music “Cameo by Tanille,” and “Broken by Tanille.”

Readers of her latest young adult romance novel “Broken by Tanille” get free music downloads of her new Pop R&B hits “All of Me,” “Feel It,” “Baby Comeback to Me,” “It’s Not Okay,” and “What’s a Girl to Do” all written, performed and co-produced by Tanille.