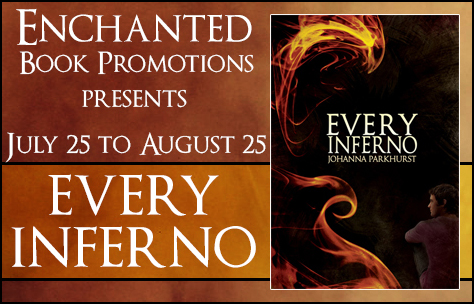 I’m interviewing Johanna Parkhurst, author of young adult mystery “Every Inferno”. Thanks for answering my questions, Johanna, and welcome to my blog.

When I was in the third grade I wrote my first book—The Story of Jackie, The Killer Whale. My mother loved it, and I loved the thrill of putting together a character’s story and sharing it with other people. Not much has changed since then. I still love that thrill, and my mother is still my biggest fan.

2. Where did you get the inspiration for Every Inferno?

That’s actually a bizarre story. I had a dream one night about a boy climbing out of a window because of a fire…and that dream ended up inspiring the initial premise for Every Inferno (though the window piece eventually got cut).

Lots of people have asked me why I decided to bring the topic of sexual identity into this book. Several years ago, when I was bringing more and more literature with LGBTQ characters into my middle school classroom, a principal I was working with made the following plea to me: “Please don’t just bring in stories where the gay kids get beat up and bullied and commit suicide all the time. I feel like that’s all kids see these days. I want them to know that not everyone’s story is like that.”

I’m not saying these types of stories shouldn’t be there, and neither was my principal. These stories are vitally important to those teens who need to see the worst possible consequence of this type of behavior. They are also vitally important to those teenagers who have had such an experience and need to know they are not alone. But when I was writing Every Inferno, I decided I wanted to create a high school that leans more towards the end of the spectrum of acceptance and inclusion. And so I created the character of McKinley, a gay 16-year-old who enjoys huge popularity in his high school.

I think it’s probably similar to a lot of other authors. I have friends and family who read the very first drafts of my writing, and then I go in and rip that writing apart. I highly enjoy revision. I love playing with wording and story structure and discovering how one major or minor change can make a whole book something entirely different, entirely better.

I’ve said it before and I’ll say it again: TIME. For years I’ve been trying to get somebody to invent me a time-stopping device, so I can write for hours on end and still keep up with the laundry. But nobody’s coming to my rescue on this. (Anyone? Anyone? Bueller?)

My main goal is to finish my newest novel (see below). A secondary goal of mine is to finish the picture book I’ve been slowly working on. I’ve always wanted to write a picture book, and this is my first attempt.

I’m in very early stages on my newest novel, so right now there’s not too much to say about it. I will say that it’s got the first female main character I’ve written in quite some time, and right now she’s a blast to work with. I hope we keep getting along so well. 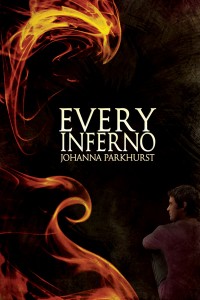 Depressed. Defiant. Possible alcoholic. These are just a few of the terms used to describe fifteen-year-old Jacob Jasper Jones. Lately, though, JJ has a new one to add to the list: detective. He’s been having strange dreams about the fire that killed his parents ten years ago, and he thinks he finally has the clue to catching the arsonist who destroyed his family.

A murder investigation isn’t the only thing the dreams trigger for JJ, though. They also lead to secret meetings with his estranged sister, an unlikely connection with a doctor who lost his daughter in the fire, and a confusing friendship with McKinley, a classmate of JJ’s who seems determined to help him solve the mystery.

All JJ wants is to shake the problems that have followed him since that fire, and he’s convinced he must catch the arsonist to do it. But as JJ struggles to find the culprit, he sees there’s more than one mystery in his life he needs to solve. 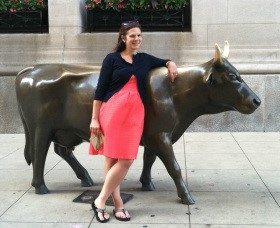 Johanna Parkhurst grew up on a small dairy farm in northern Vermont before relocating to the rocky mountains of Colorado. She spends her days helping teenagers learn to read and write and her evenings writing things she hopes they’ll like to read. She strives to share stories of young adults who are as determined, passionate, and complex as the ones she shares classrooms with.