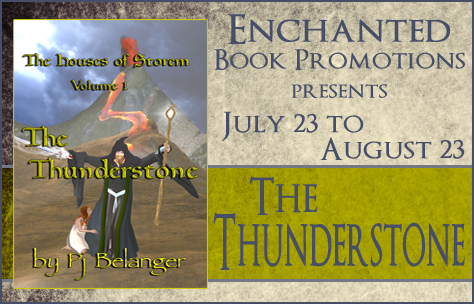 I’m interviewing Pj Belanger today. She’s the author of “The Thunderstone”, an epic fantasy novel currently on tour with Enchanted Book Promotions. Thanks for answering my questions, Pj, and welcome to my blog.

Most of my life! I wrote my first “novel” in the fifth grade to entertain a bed-ridden sick friend. Being an avid reader since childhood, I constantly thought up new stories in my head. I started really writing down my short stories in high school, and then after college I wrote my first full-length novel.

2. Where did you get the inspiration for The Thunderstone?

I have always been fascinated by wizard characters. I have an extensive collection of wizard statues, and I noticed that many of them are carrying or are adorned with various types of jewels. Thus came the idea for a world ruled by the power of jewels. Next came the thought of dividing the jewels into good and evil powers. The Houses of Storem trilogy let me explore not only the traditional trolls, dwarfs and elves, but to include new characters such as snake-people, cat-people, half-breeds, Icelanders, and others.

I start by re-reading my books several times making any corrections that I find. I learned the hard way that I couldn’t edit by myself, so I now have several people that I trust to read my work critically, looking for mistakes or inconsistencies. I also learned that I must a thick skin and to approach criticism constructively.

I wanted to write something that was different from other epic fantasies, and was not a predictable story. I wanted characters that grew and were different than the normal cast of fantasy stories. I realized I had achieved this when I finished the third book in the series, and saw how the characters had grown and developed their own identities.

– To complete all four installments of the “Soldiers” short stories collection

– To have the first book in the “Mage Riders” fantasy series completed.

I am just about done with Murder on Hilda, the third book in the Skip Brown, Space Detective series. I am also completing volume two of the “Soldiers” short story series. By late this fall, I hope to have the first book in the Mage Riders series (fantasy) completed. This series is about five different young wizards who learn that there is more to magic than just spells. 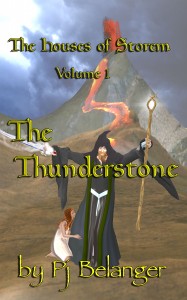 Empowered by jewels with various magical qualities – wizards, gemnuns, gemmonks and sapphires – along with the Lords they serve, combine to make up the HOUSES OF STOREM, inhabited by dwarfs, icelanders, elves, catpeople and hillpeople who must unite against the evil ONYX KINGDOM.

It is an adventure that finds an odd group of travelers trying to save the life of a wounded girl who is being pursued by trolls, ogres, pirates, hurks and histians – up rivers, through magical forests and mystical wizard towers, all because she may be the key to preventing the evil one from taking over the DIAMOND KINGDOM.

Don’t miss this, the first in a series that brings Birl, Eauxsage, Hadden, Chellie, Nugs and Tem together for the first time. 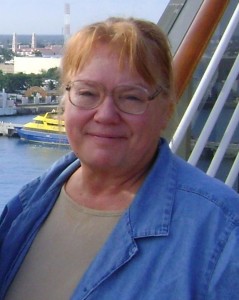 Pj Belanger has spent a good part of her life in the scenic hills of Connecticut. She was always an avid reader. “My father collected every bit of Science Fiction he could find- we would talk for hours on the subject. The Golden Age of Science Fiction is truly a love of mine. Great writers from Heinlein to Jose Farmer to Asimov to Bloch were my idols. They were great story tellers something that influences my own work. Of course, then came Tolkien and I was hooked on fantasy too.”

After graduating from St. Francis College (UNE) in Maine, she worked in the fast pace newpaper advertising world but always had been a writer of short stories, novel length books of fiction, romance and general interest. Her work is a mixture of a three volume book series, The Houses of Storem filled with wizards, dwarfs, merrs, elfs, heroic Kings and albino Icelanders. Her Space Dectective series is just plain good sci fi fun as is her short story book.

Pj was deeply involved in writing local NASCAR Driver Profiles and has a book on The History of Stafford Speedway. “I love racing in general, but I really love the short tracks. It was a labor of love to write the racing books and I enjoyed writing a regular racing column for a local sports newspaper.”

Pj lives in Florida with husband. She enjoys time with her two grandchildren. Her life is enhanced by a trouble making miniature beagle and a mischievous cat.