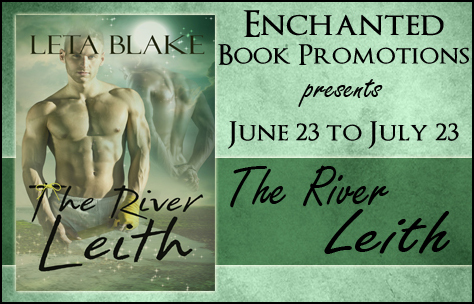 When I was seven years old I declared to my mother that I wanted to be a writer when I grew up. I wish I could say that I’d stayed true to that wish all along, but in reality I swerved far off course before finally returning to writing again in my late twenties.

Where did you get the inspiration for The River Leith?

A friend and I were talking about how much we liked reading about characters having their “first time” together and we were lamenting how there could never be two first times. Then my friend jokingly said, “Unless one of them gets amnesia!” Shortly thereafter, Leith showed up in my head talking about memory and the book went from there.

I generally send my third or fourth draft out to three to five beta readers, making changes per their suggestions. Then I hire an editor and proofer for the more detailed line edits.

What was the most challenging part about writing The River Leith?

Getting Zach’s point of view incorporated. He was a very insecure character and didn’t feel comfortable sharing his vulnerabilities. When I stumbled on the idea of working with vlog posts to get insight into his mind, I then struggled with how to best format and present those vlog posts within the book itself. I think it turned out to be pretty interesting!

What are your writing goals?

I’m aiming to publish at least two books a year until such a time that I can finally write full-time. I hope that time comes sooner rather than later, but I have to be patient.

I am! I’m working on a book called Smoky Mountain Dreams. It’s about a failed country music musician who is working at a theme park similar to Dollywood. I’m hoping to have a draft of it before summer is out. I’m also working on a four book series called Pictures of You. It’s a romantic coming-of-age novel exploring one young man’s journey through his last year of high school and his first year of college. I’ve been working on this series for quite some time and look forward to putting it to bed.

About The River Leith 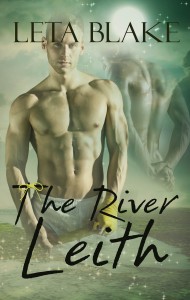 After an injury in the ring, amateur boxer Leith Wenz wakes to discover his most recent memories are three years out of date. Unmoored and struggling to face his new reality, Leith must cope anew with painful revelations about his family. His brother is there to support him, but it’s the unfamiliar face of Zach, a man introduced as his best friend, that provides the calm he craves. Until Zach’s presence begins to stir up feelings Leith can’t explain.

For Zach, being forgotten by his lover is excruciating. He carefully hides the truth from Leith to protect them both from additional pain. His bottled-up turmoil finds release through vlogging, where he confesses his fears and grief to the faceless Internet. But after Leith begins to open up to him, Zach’s choices may come back to haunt him.

Ultimately, Leith must ask his heart the questions memory can no longer answer.

While Leta Blake would love to tell you that writing transports her to worlds of magic and wonder and then safely returns her to a home of sparkling cleanliness and carefully folded laundry, the reality is a bit different. Instead, piles of laundry and forgotten appointments haunt her life, but the joy of writing and the thrill of finishing a book make the everyday chaos all worth it.

Leta’s educational and professional background is in psychology and finance, respectively, but her passion has always been in writing, and she most enjoys crafting romance stories that she would like to read. At her home in the Southern U.S., Leta works hard at achieving balance between her day job, her writing, and her family.