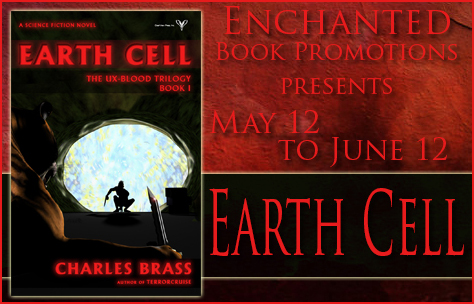 I’m interviewing Charles Brass, author of science-fiction novel “Earth Cell: The Ux-Blood Trilogy (Book One)”. Welcome to my blog, Charles, and thanks for answering my questions.

I joined the US Navy right out of high school. So it wasn’t until I was at my first duty station, Naval Hospital Guam, in May 1988 that I actually had my evenings to myself. Until that point I had school homework, Navy duty or school work, or something else to claim my time. Once I began working as an x-ray technologist, when I was not at work my free time was mine to do with as I pleased. So I began writing, first on notepads, then with a Smith Corona Personal Word Processor (a glorified typewriter with a 3.5” floppy drive). When I returned to the states, my duty station Naval Hospital San Diego (Balboa Naval Hospital), I upgraded to a computer- an 80306- with WordPerfect 5.1 as my primary writing tool. By this point (May, 1990) I was writing novel-length manuscripts. I got a subscription to Writer’s Digest magazine, discovered the Writer’s Digest Book Club, devoured the Elements of Writing series, and spent the next two decades honing my skills. I penned several novel-length manuscripts, which were utterly horrible where the mechanics of writing were concerned. But when I buckled down and finally got serious, and had my work professionally edited, I discovered I was now in fact a writer. My aim then was to become a published author, which I am pleased to say I have accomplished.

Where did you get the inspiration for Earth Cell?

I have a post about this on my blog, www.seabrassproductions.com. Earth Cell is the result of my hand-writing out several unassociated ideas floating around in my head at the time. I had no real intent to “write” Earth Cell, but about halfway through my scribblings, the story just coalesced. And I was about two-thirds of the way through before I figured out how I was going to bring everything to a resolution. The original title was A Man of Many Talents, and the main character was named Miles the Immortal. I changed things considerably when I prepared this latest version of the story. But the story itself remains essentially the same. If you read the original, then this version, you’d be surprised at how close they ride together. But way back when, Earth Cell started out as a simple meshing together of a bunch of loose ideas I thought deserved further exploration. It just sort of worked itself into a story.

I edit at several stages. I line edit as I type. This does means a lot of starting and stopping. When I pick up the story from the previous day’s writing, I do some heavy editing at that point as well. When I have a first draft complete, I put it away for a couple of weeks, then hit it hard with the revision hammer. I’ve gone so far as to junk entire chapters and re-write them, or include characters in chapters that weren’t there before- which means essentially re-writing the bulk of the chapter. After this second big revision is done, I print out a copy and read/edit things on paper for the first time. It’s amazing the number of typos you find when switching mediums. Finally, I make a final revision incorporating the typos I find on paper. This is the manuscript I send out to the world, either for editing by my editor Erin Wilcox, or for consideration by a publisher like Terry Wright of TWB Press, who’s published two of my stories- Nit and Closure. (I intend to send Closure through a book blog tour when Earth Cell’s tour is complete.)

When I became serious about writing Earth Cell for publication, I had the trilogy already written out- but in its first imagining, which had Miles as an Immortal. I really wanted to move away from that aspect of the trilogy, but that element of the main character was one of the more important. That change, and how it impacted the trilogy as a whole, proved very challenging to implement. It meant wholesale changes in all three books. I even changed the last book’s title from The Edge of All to Witch Warden to reflect those changes. The Edge of All is still a primary setting in the third book, but it not as important as the changes Maels experiences during the course of the story. But once I had the concept of the overweb, overworlds, mid- and underworlds, and the ux roughly in place, it was easy to move on with writing out my new vision for Earth Cell. Writing a trilogy is ridiculously hard. I do have more planned, but it will be a while before I dive into those waters again.

Initially, my goal for 2014 was to focus on shorter works. I have three in mind that I really wanted to get out of my head. Each are novella-length works. I am working on the first, A Ghastly Gillion Stars, which is set in my Ux-Blood universe and takes place about a thousand years before the events in Earth Cell. But while working on Stars, the idea for my next novel, a fantasy entitled Dew Drops, has shoved its way to the front of the queue. So I’ll most likely begin work on that once I’ve finished with Stars. I anticipate publication late in 2015.

As I mentioned in the previous question, I am working on a novella set in my Ux-Blood universe. Its entitled A Ghastly Gillion Stars, and deals with a Shiss warder trying to remove the Pheelm influence over her society. I figure it’ll be about 45K words long, and hope to have it available for sale in August, 2014. Readers familiar with Earth Cell will recognize the Pheelm. And those who continue on to the last book of the trilogy (which hopefully be everyone who reads Earth Cell) will learn who the Shiss are. Chronologically, Stars takes place a thousand years before Earth Cell and in it I explain the ux and what all those different portals are. So it’s a good primer for the trilogy itself, but one doesn’t really need to read it to enjoy Earth Cell. 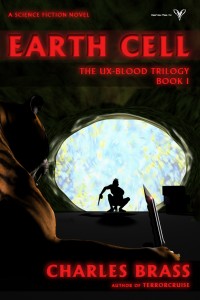 For centuries, the League of Cells and the Witches Guild have worked together to maintain order and stability across the overweb’s countless worlds.

Walking the pash of a warden for the League of Cells requires dedication, sacrifice, and devotion, as young Maels Raptori, the last of his kind, has learned. But he’s embraced these hardships, for serving as a warden represents the highest honor one might achieve in his lifetime. For six years under the tutelage of his adopted father and the wardens of Earth Cell, he has prepared to fulfill this dream.

When a powerful intruder nearly seizes control of Earth Cell, Maels is tested beyond anything he has experienced. He finds the strength to defeat the invader, but his trials have only begun. Chaos is spreading across the overweb, engulfing all who stand in its way. The conflict soon breaches Earth Cell. Alone on a world of violence, at the mercy of ruthless captors, Maels discovers his years of dedication and devotion may not be enough. To save Earth, he may be called upon to male the ultimate sacrifice… 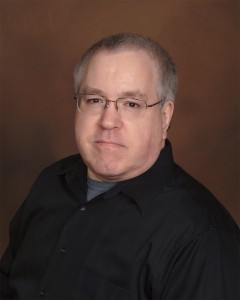 Charles Brass works as a CT/MRI technologist in a new stand-alone 24-hour emergency clinic in a small town south of where he lives, some thirty miles west of Minnesota’s Twin Cities. During his six years of active duty service in the United States Navy, he served five months in Bahrain during the first Gulf War. Now, with a BS in Animation under his belt, he has visions of a successful patient education video business filling his days while CT and MRI scans on sick and injured people visiting the local Emergency Center fills his nights.

Charles plans to devote time to a few shorter works that have been brewing in his brain juices for some time, then resume writing novels. He expects to publish his next novel by the end of 2015.

This book is available in softcover and Kindle formats at amazon.com.