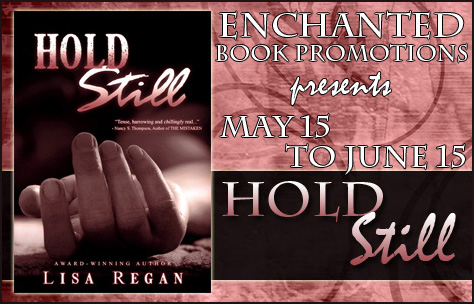 I’m interviewing Lisa Regan today, author of mystery / suspense novel “Hold Still”. Welcome to my blog, Lisa, and thanks for answering my questions.

Ever since I was able to put words on the page. By the time I was eleven years old, I was writing full-length novels. They were awful!

Where did you get the inspiration for Hold Still?

I started out with the dream sequence—the nightmare that the main character, Jocelyn, has repeatedly. As a teenager she witnessed a horrible crime, but has no memory of it. I wanted to explore how that would affect someone, how it would haunt them and inform their choices in life. I knew that this would be a crime novel so I needed a crime. I had seen a television special years ago on prostitutes in Philadelphia and Atlantic City. I remember being struck by how matter-of-fact these women were about all the crimes that were committed against them on a daily basis. So many of the crimes went unreported simply because these women knew that no one would care or even try to get them justice. If you think about that, you realize that someone with very sadistic tendencies could be committing crimes against prostitutes who are not reporting them and get away with it for years. Forever, even. That’s kind of a scary proposition. So I combined the two what ifs into a single plot:  What if you had a character that had witnessed a crime but had no memory of it? What if a sadistic criminal could get away with his crimes for years because he was doing it to people who wouldn’t report it?

I write everything first in long hand. Then as I’m typing it up, I’m filling in holes and tweaking things. Then my friend, Michael Infinito reads everything I write before anyone else. He usually gives me a general feel for what’s working and what’s not. Then once I finish, I send it off to critique partners. I don’t read it at all while I’m waiting to get it back. I take a couple of months away from it. Then once the critiques are back, I make revisions. Then it’s off to a bunch of beta readers. As their input comes in, I’ll make more changes. For Hold Still, I hired an editor and a proofreader for the final stages of the book. But in the process I probably read it 200 times.

What was the most challenging part about writing Hold Still?

It was definitely how much to foreshadow. If you give away too much, readers figure out who the bad guy really is immediately and are disappointed. But then if you don’t give away enough, they feel blindsided. Some readers figure it out immediately no matter what you do but I try to hold back what I reasonably can. It’s really difficult to know which choices are the best though especially because at the end of the day, I know I will never please every reader.

To finish a first draft of one of the books I am working on.

I’ve already started the second Jocelyn Rush novel which centers around a cold case brought to her by a former Philadelphia Homicide Detective who only has a few months left to live. I’m also working on a sequel to Finding Claire Fletcher titled Over the Edge as well as a book called Harm which is about a teenage boy who stops a school shooting using only his mind and then goes on the run with his dad to avoid being captured by a bunch of shadow organizations that want to use his powers for dubious purposes. 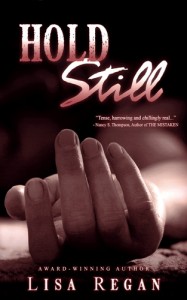 After saving her three-year-old daughter from a car-jacking, off-duty police detective Jocelyn Rush ends up in the ER.  The last person she expects to run into is Anita Grant, former prostitute and an old acquaintance from Jocelyn’s days on patrol.  In spite of her obvious injuries—mutilated hands and feet—Anita refuses to talk about what happened. Reluctantly, Jocelyn backs off, and Anita’s case goes to Philadelphia’s Special Victims Unit.

Before long, Jocelyn is pulled into the SVU’s investigation.  Anita is finally ready to talk, but only to Jocelyn. Her story is harrowing, even to a seasoned veteran like Jocelyn. Working with SVU, Jocelyn’s investigation unearths a series of similar crimes going back four years.  Three men are preying on local prostitutes, viciously assaulting and mutilating them.

The police apprehend two of the suspects, but the third eludes capture. As the hunt for the most sadistic of the three intensifies, and his crimes escalate, Jocelyn and her colleagues have precious few leads.  Then a monster from Jocelyn’s past resurfaces.  She doesn’t want to be reminded of the terrible secret that destroyed her family nearly twenty years earlier, but the man offers her a lead that could crack Anita’s case.

To solve it, Jocelyn must connect her past with her present—before a sadistic attacker sets his sights on her. 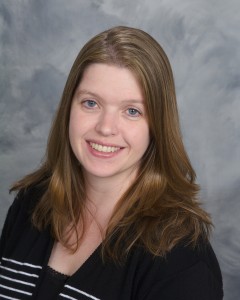 Lisa Regan is a suspense novelist.  She has a Bachelor’s Degree in English and Master of Education Degree from Bloomsburg University.  She is a member of Sisters In Crime. She lives in Philadelphia with her husband and daughter.  Her debut novel, Finding Claire Fletcher won Best Heroine and was runner up in Best Novel in the eFestival of Words Best of the Independent eBook Awards for 2013.