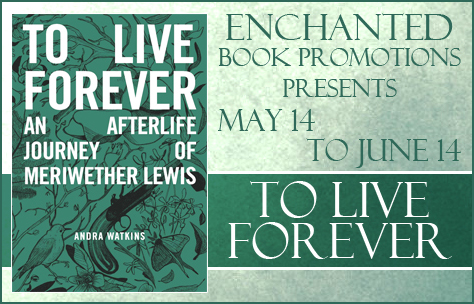 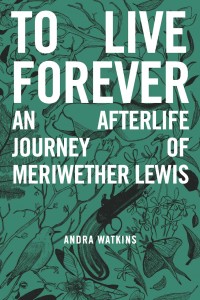 Title: To Live Forever: An Afterlife Journey of Meriwether Lewis

Explorer Meriwether Lewis has been stuck in Nowhere since his mysterious death nearly two centuries ago. His last hope for redemption is helping nine-year-old Emmaline Cagney flee her madame mother in New Orleans and find her father in Nashville. To get there, Merry must cross his own grave along the Natchez Trace, where he duels the corrupt Judge, an old foe who has his own despicable plans for Em. 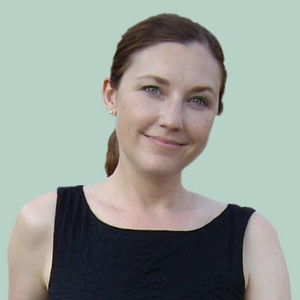 Andra Watkins is the first living person to walk the 444-mile Natchez Trace as the pioneers did. Natchez, MS to Nashville, TN. 15 miles a day. 34 days. Alone. Her historic walk launched her debut novel To Live Forever: An Afterlife Journey of Meriwether Lewis, a mishmash of historical fiction, paranormal fiction and suspense that follows Meriwether Lewis (of Lewis & Clark fame) after his mysterious death on the Natchez Trace in 1809.

Amazon US Kindle version or