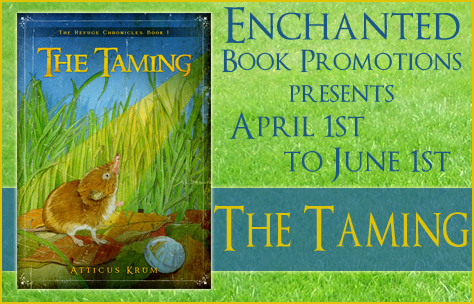 I’m interviewing Atticus Krum, author of MG fantasy “The Taming”. Welcome to my blog, Atticus, and thanks for answering my interview questions.

To be honest, being an author was never really my goal. As a child, I put pen to paper many times, but it wasn’t until I began collecting tales in my adult years and preparing them to be shared with others that I considered the notion of authorship.

Where did you get the inspiration for The Taming?

The Taming is ultimately all about friendship and faith. Throughout the story, young Thutter McClutter, struggles with making decisions and with doing the right thing. Eventually, he comes to learn that actions have consequences, and not for himself alone but for those around him as well. He also learns that virtues such as loyalty and self-sacrifice are most valuable and are to be cherished, while disobedience and disregard for others must be avoided as self-centeredness can be a very dangerous thing. In the end, he finds that the only way to live out the former and avoid the latter is by faith. To live by faith, however, means to accept his role in a much grander scheme and to play out his part in the ancient conflict between Light and Darkness.

As for inspiration, I believe these are things which every one of us, no matter our age or background, struggle with on a daily basis.  Hopefully, to write about them is to help the reader consider these things and their implications in his or her own life.

Really, I just write and write and write, read over it, and then rewrite. Then, I give it to my friends to read over and make comments. From there, I rewrite and turn it over to my publisher. I suppose I am a bit unorthodox in that I don’t really have a tried and true method that I employ.

The most challenging part of writing The Taming was making sure that each of the creatures in the book were represented accurately. Even though this project is a work of fiction, I believe that when creating a world that is based upon some kind of reality (such as a Florida wildlife refuge), I think credibility is important. As a result, I had to do a lot of research on all of the animals that appear in the book. For example, the four adventurers in the tale eat all night but that’s because of those nocturnal animals have to eat all night long to maintain their energy and body weight. Facts like that are important if the project is going to maintain a sense of integrity.

I aim to complete books 2 and 3 of the Refuge Chronicles. Most of book 2 is complete. I plan to write book 3 immediately upon finishing book 2.

As I mentioned, I am currently writing books 2 and 3 of the Refuge Chronicles. However, I am also working on the follow up series to this trilogy, The Last Storykeeper Saga. It is a series of tales which tell of a young boy’s experiences with the very same magic key that is the object of Thutter’s pursuits in the Chronicles. 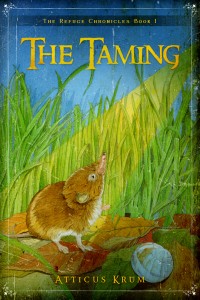 A forbidden journey. A secret agenda. A mysterious object.

When Thutter McClutter, a young Glade-dwelling shrew, willingly decides to break the ancient Code and cross into the shadowy darkness of the great Woode, he is certain that seeing the mysterious Solkreat is the goal.  But as he and his friends near the curious Creature, an altogether different agenda is exposed. One of his fellow adventurers wants the magic hogseye. However, the powerful and wicked Beastmonger also covets the enchanted object, and he will stop at nothing to get it—not even murder.

A story of true friendship, lasting faith, and willing sacrifice, The Taming is the first installment of the Refuge Chronicles—an adventurous trilogy about a young shrew, his newly-discovered purpose, and the ancient conflict between Light and Darkness. 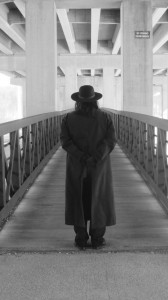 Atticus  never intended on becoming a writer; however, he eventually would come to realize that Magic’s stories were meant to be shared. He now spends most of his time putting pen to paper readying the tales he’s collected for publishing. Mr. Krum resides on a small farm in the Midwest with Albi, his albino ferret. He travels only when absolutely necessary. He does not care to be photographed and almost never smiles. What’s more, he dresses almost exclusively in black. He says that the latter is for simplicity sake, but those who know him are certain that he is just color blind. To learn more about Atticus, please visit his website: www.atticuskrum.com.