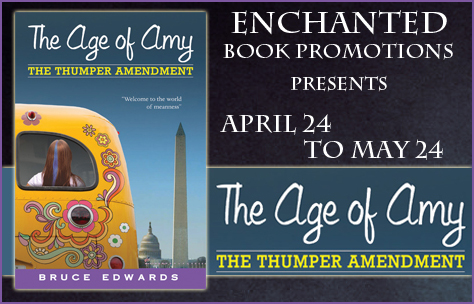 I’m hosting an interview with Bruce Edwards, author of YA contemporary “The Age of Amy: The Thumper Amendment”. Thanks for answering my questions, Bruce, and welcome to my blog.

Oddly, becoming an author was never my endgame. I pursued many other creative endeavors over the years, finding success in music, film, and animation, to name a few. What I enjoy most is the thrill of expressing ideas and originating concepts. My first attempt at serious writing was as an indie screenwriter during my Hollywood years. Book authoring was a natural next step for me.

Where did you get the inspiration for The Age of Amy: The Thumper Amendment?

The central theme of this book is “meanness”. Cruelty in words and action is so prevalent today that it is now considered acceptable behavior. (Turn on the TV!) The plot centers around a contentious presidential campaign, where mud-slinging, attack ads, and character assassination are the norm. You can count on seeing this childlike behavior every election year. Try watching the upcoming debates if you don’t believe me.

For me, editing is less analytical and more intuitive. If there is a problem with the narrative, it will generally reveal itself. Having written screenplays, I am particularly aware of pacing. Other than that, I just stick to the basics: Show, don’t tell, etc. There is one other trick that I find very helpful: use text-to-speech to listen to your material. I find a lot of hidden irregularities in my writing that way.

There are a slew of fantasy elements sprinkled throughout this book. They are used primarily as metaphors to reinforce some aspect of the story. Conjuring up surreal situations can really put a strain on your imagination. Don’t ask me why, but the best ideas just seem to happen with no effort at all. Others have to be dredged out of your subconscious, like squeezing your brain through an orange juicer. No fun!

I am attempting to write two “Age of Amy” books a year. I know that’s a lofty goal, especially when book promotion and marketing take so much time away from writing. But Amy is a very demanding character. I must obey her!

The Age of Amy: Channel ‘63 — book #3 in the series — will be released this Fall. You can read all about it and watch the trailer HERE. 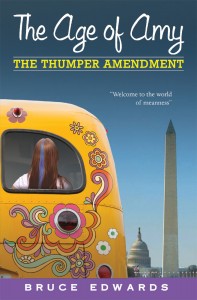 Title: The Age of Amy: The Thumper Amendment

Congress has lowered the voting age to 14! Not one to refuse political involvement, 16-year-old Amy patriotically joins a campaign to elect the next President of the United States. Her real reason for participating, however, is much more personal: the opposing candidate’s son bullied her when she was a 3rd grader. Thwarting his father’s bid for the presidency would be the perfect way to get even with him!

Campaign reform laws now require presidential contenders to face off on a TV reality show. The “race” for the White House has become just that! Absurd challenges await the candidates as they speed cross-country toward Washington. But the campaign trail turns bumpy, when their buses take an unexpected detour into fantasy world! There they are confronted by half-human creatures, haunted by dead presidents, and rocketed into an economic dystopia of the future—all while being viewed by a worldwide television audience.

Amy is on board for the journey, as her grade school nemesis rides on the competition’s campaign bus. But along the way she develops second thoughts about avenging the boy. Her brutal offender has changed in the last seven years, becoming thoughtful and compassionate. (And cute!) Amy’s contempt for him surprisingly turns to affection. Is she falling in love? 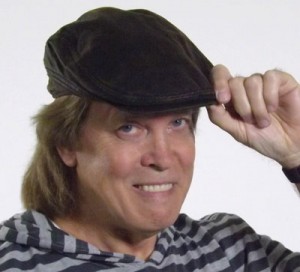