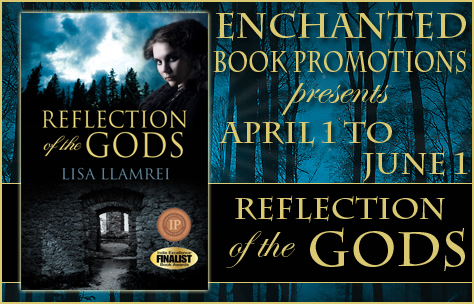 I’m interviewing Lisa Llamrei, author of urban fantasy “Reflection of the Gods”. Welcome to my blog, Lisa, and thanks for answering my questions.

In high school. In grade 10 I started writing a novel set in Ancient Egypt. I soon discovered a) writing is work, and b) I had no idea how to write a novel. It took twenty-five years to figure it out, and to develop the discipline to follow through.

2) Where did you get the inspiration for Reflection of the Gods?

From fairy folklore, mostly Irish. I was particularly taken with stories about immortal women marrying mortal men and started to wonder how that would play out in the modern world.

After finishing the first draft, I read the entire manuscript, and flag anything that needs further research, then I research it and adjust the manuscript accordingly. Once this is done, I send the manuscript to beta readers, usually other writers, then to professional editors.

Writing a male protagonist. I had to rely on male friends to tell me whether or not Das sounded too girly.

To get my second novel to the professional editing stage, and start outlining the third novel.

6) Are you working on something right now? If so, can you tell us about it?

My current novel-in-progress is about a young deaf woman who, very reluctantly, finds herself dragged into the crop circle phenomenon. I am also planning my third novel to be a partial resurrection of that high school novel I started, set in Ancient Egypt. 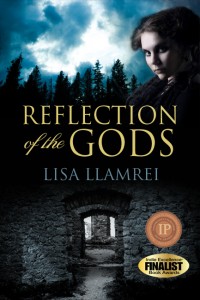 Title: Reflection of the Gods

Newly divorced Das MacDermott longs for a fresh start. As he packs up and prepares to move out of the city, he spots a young woman being held at gunpoint by three men. Despite being outnumbered and unarmed, Das does his best to intervene. Once liberated, the victim seems oddly ungrateful, but on an apparent whim decides to join Das in his new life in rural Ontario. Aislinn, as she is called, returns the favour; with her encouragement and support, his start-up photography business takes off, and more importantly, Das is saved from loneliness and self-doubt.

Das, however, is never quite able to fully dismiss the contrary aspects of Aislinn’s nature, and is strictly forbidden from asking about Aislinn’s past. All seems too good to be true, and indeed it is. Aislinn’s unusual talents and odd behaviour, unbeknownst to Das, come from her demigod status. Aislinn is half-Sidhe, daughter of Fionvarra, Ireland’s fairy king, and a human woman. Sidhe wars have so disrupted the mortal world that Aislinn has joined with other immortals in an effort to permanently separate it from Tir N’a Nog, the fairy realm.

Born in ancient Ireland, Aislinn spends millennia as the plaything of the cruel and narcissistic gods. The pain of being neither human nor Sidhe is offset by her relationship to the Fir Bolg, another race of fair folk who take pity on her lonely state; and the refuge she takes in being Das’s lover and protector. As Das comes to accept the possibility that Aislinn belongs to a supernatural world, he discovers that the two worlds are set to collide in a way that may mean the destruction of all humanity. 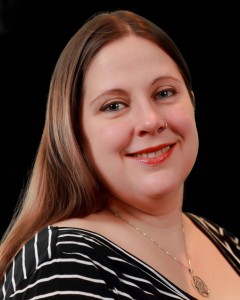 Lisa Llamrei was born and raised in the Toronto area. She studied languages at York University. At various times, she has been an actor, professional belly dancer, holistic nutritionist, and entrepreneur. She currently lives north of Toronto with her family. Reflection of the Gods is her first novel.

The print book can be purchased here:

The e-book can be purchased for Kindle here:

Or for Kobo here: