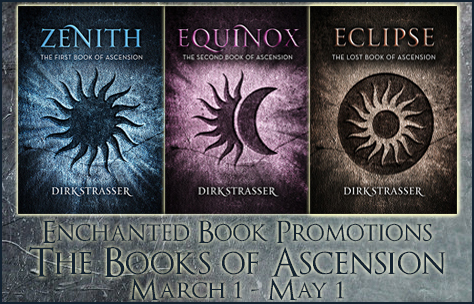 I’m interviewing Dirk Strasser today, author of fantasy series “The Books of Ascension”. Welcome to my blog, Dirk, and thanks for answering my questions.

I told my parents I wanted to be an author at around the age of 8, I think.  Up until then it was an airline pilot.  I started writing stories from the time I learnt to write.  There was a period when I was quite young when I spent a lengthy stretch in hospital and pretty much all I did during that time was read and write, so I’d say that’s when I started.  I remember writing a Superman story at an early age, making copies, stapling them, and then going door-to-door around our neighbourhood and selling them for 2 cents each.  I made enough to buy some ice creams for my friends!  So, I guess I started writing and trying to sell what I’d written from the very start.  I remember being inspired at 10, after reading The Hobbit, to plan out a fantasy novel with a friend.  I remember our novel was actually quite different to The Hobbit because our small creatures were called Zabbits (a crucial difference).  I was continually writing stories up until school study and university started to take up a lot of my time.  The last thing I wanted to do after spending long hours at my desk was to spend more long hours at my desk.  I always had in the back of my mind the idea that I would write, but I didn’t start writing seriously until I had been teaching High School for a few years.  By then, I’d decided to to have a serious go at writing a novel.  I took a novel writing class and started to write Zenith.

Where did you get the inspiration for The Books of Ascension?

I can still remember the thought process behind the trilogy.  I’ve always liked epics – tales told on a large canvas – and I was very ambitious in terms of the scale of The Books of Ascension.  I wanted the basis of the world I was creating to be something on a grand scale.  I ‘d been reading Dune and the Riverworld series, and I was thinking in terms of enormously large desert, enormously large river, enormously large… er… mountain.  And once a mountain is your world, your characters have no choice but to climb it.  I then did some research on myths where giant mountains were featured, and I came across the legendary Mount Kailās which is sacred to a number of religions including Buddhists, Hindus and Jains, and which has been the destination of pilgrimages for thousands of years.  This was how the whole Eastern mysticism feel entered the trilogy.

I’ve done an editing course, and as one of the editors of Aurealis magazine, I’ve edited other people’s work, but it’s always much more difficult editing your own work.  You often read what you think you’ve written rather than what you’ve actually written, and while you can be absolutely clear in your own mind of the intention of what you’re saying, it isn’t always so obvious to others.  I try to edit on screen as much as possible, but I always find more typos and inconsistencies when I print something out and edit on hard copy.  In order to try to be as efficient as possible, I usually only do the hard copy edit late in the process, so that I don’t get bogged down with finding little things and then have to transcribe the changes onto the digital copy.   For a novel, I would usually do several drafts until I’m happy with it.  (I do get to a point where I’m happy with it.  I don’t fiddle for ever. ) But then other people’s responses can still send you back for further drafts.  The redrafting can sometimes involve major changes like cutting whole chapters, getting rid of or merging characters, and changing the point of view.  Nothing beats having someone else read a draft and giving you feedback – and working with a professional editor gives you the best result of all.

Tying up plot and character loose ends and avoiding inconsistencies are the major challenges in a big series.  I get really annoyed with fantasy series that leave a trail of unanswered questions.  I wanted the reader to feel satisfied at the conclusion of Eclipse and not have any nagging questions in their mind.  It’s easier said than done.  It’s relatively easy to foreshadow all sorts of things in a first book, but you need to make sure there’s a pay-off (to use a screen-writing term) at some stage before the end of the series.  Foreshadowing without eventually showing what is actually casting the shadow is extremely frustrating for people.  Every character that the reader has invested in, who is still alive in the final book, needs to have a sense of closure in terms of their character development.  (In Eclipse, I extended this to include the dead ones as well.)  Minor factual slip-ups also have the potential to jar people out of the illusion of your world, and they are difficult to uncover in a long series.  Even at the final proof read of Eclipse, for example, I realised that in Zenith, I had the mother of a character dying earlier than I had indicated in Eclipse.  It was only a minor issue, and maybe not every reader would have noticed, but it’s the sort of thing that would annoy the hell out of some readers.

I want to complete the screenplay and novel I’m currently working on and have a collection of my short stories published by the end of the year.

I’m working on a screenplay based on a fantasy short story of mine.  If it ever becomes an actual movie it will be a blockbuster with all sorts of special effects.  (I always prefer to fail spectacularly than fail doing something small scale.)  My intention was to expand the story into a novel (and I’ll still write the novel as well), but I’ve always wanted to have a go at a full movie script, and the idea behind the story seemed to be crying out to be a movie.  The writing process for the screen is totally different to the novel writing process, so it’s proving to be a challenge.   A movie is primarily a visual medium, and you can’t go into a person’s head and give their thoughts and feelings like you can with narrative fiction.  Your plot and character development really has nowhere to hide in a screenplay.

Zenith – The First Book of Ascension 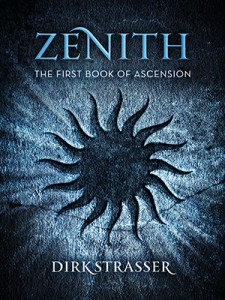 An ascent so vital it determines the fate of the world

A summit so precious it holds the key to the divine

The world of the great Mountain is unstable. Giant pillars erupt from the surface and yawning chasms form unpredictably underfoot. Since the Maelir first stood on its slopes in the distant past, they have sought to still its anger and control its power. Each year, twin brothers are chosen to make a perilous journey to the summit. If they survive they will be witness to Zenith, and the secrets will be revealed to them.

When Atreu and Teyth embark on their Ascent, their Talismans lead them onto conflicting paths that will ultimately set brother against brother. And this time the Ascent itself is in peril as unknown forces that have long craved the power of Zenith will stop at nothing to make it their own even if it means destroying the very thing that sustains all life the Mountain itself.

Equinox – The Second Book of Ascension 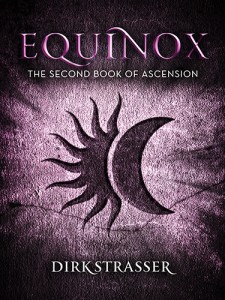 The most beautiful city on the great Mountain

The pinnacle of Maelir culture

The home of the Inner Sanctum

The place where secrets hide

The fate of the Mountain hangs in balance at the time of Equinox, and even the Keep can no longer remain untouched. The Maelir are desperate to defend it, the Faemir to demolish it, the windriders to claim it. But unknown to them all, a dark force has already emerged from the chaos to seize power.

As Atreu and Verlinden strive to decipher the power of the Talisman that has defined Atreu’s Ascent, Teyth and Valkyra are locked in a desperate battle that neither of them can win. At a time when darkness and light are in perfect equilibrium, when Maelir and Faemir must find a way to break the deadlock and avoid annihilation, the world’s fate lies in the Book of Ascension.

Eclipse – The Lost Book of Ascension 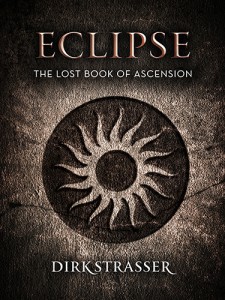 What happens if after the winter solstice, the days keep getting shorter?

Until there is an eternal night?

What happens as the darkness grows?

And the creatures of dusk take control of the Mountain?

And the quest for the third Book is the only hope?

The Mountain is in its death throes as the Nazir send their wraiths to finish what the dusk-rats and grale had begun. Soon there will be no daylight to protect the Maelir and Faemir, and with each twilight there are fewer places to hide. Will the Mountain finally collapse under its own instability or will Atreu and Verlinden’s descent find the words of salvation in the Lost Book of Ascension? 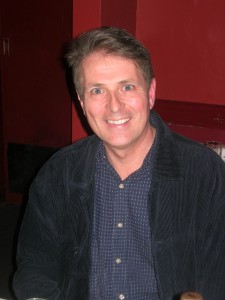 Dirk Strasser has written over 30 books for major publishers in Australia and is an Active Member of the SFWA. He has won multiple Australian Publisher Association Awards, a Ditmar for Best Professional Achievement, and has been short-listed for the Aurealis and Ditmar Awards a number of times. His short story, “The Doppelgänger Effect”, appeared in the World Fantasy Award-winning anthology, Dreaming Down Under. His acclaimed fantasy series The Books of Ascension – including Zenith and Equinox – was originally published by Pan Macmillan in Australia and by Heyne Verlag in Germany and has been re-published by the Macmillan Momentum imprint, this time including the “lost” third book. His fiction has been translated into a number of languages. His short stories include “The Jesus Particle“ in Cosmos magazine, “Stories of the Sand” in Realms of Fantasy, and “The Vigilant” in Fantasy magazine.  His most recent sale was “The Mandelbrot Bet” to the 2014 Tor anthology Carbide Tipped Pens, edited by Ben Bova and Eric Choi. He founded the Aurealis Awards and has co-published and co-edited Aurealis magazine for over 20 years.

The Books of Ascension trailer