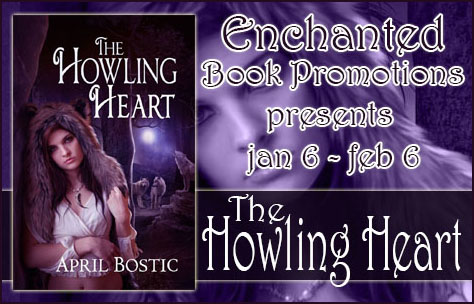 One of my goals in life was to publish at least one book. I had many fictional stories to tell the world, and I wanted to share at least one of them. I used to admire people who were brave enough to put their books out there for others to judge. It’s not easy to do, and you have to have thick skin. Being an author was intimidating at first, but then I remembered how many people do it every day, and I thought if they can do it…I could do it.

Where did you get the inspiration for The Howling Heart?

I was inspired to write The Howling Heart after watching the movie Blood and Chocolate and the television series Wolf Lake. For Riley, the hero in the novel, I drew inspiration from British actor, Alex Pettyfer. I’ve always wanted to see him play a werewolf, so I imagined him playing Riley when I wrote the character.

For my latest novel, I lost count how many times I revised the manuscript. I took a lot of time trying to make sure I explained as much as I could about my werewolves. The story was first written in 2009 and since its release in August 2013, it’s been through a lot. I had two editors review my manuscript and it took over a month to complete.

What was the most challenging part about writing The Howling Heart?

Showing the reader what’s happening in the story and not telling them. I’ll admit I’m still trying to master that skill.

I’ve decided to stop writing, so I won’t be publishing anymore books.

Lately, my main focus has been promoting The Howling Heart. 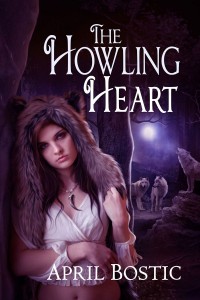 Paige Donovan is an ambitious college graduate who aspires to reach the top of the corporate ladder. She’s climbing fast when given the promotion of a lifetime at a prestigious fashion magazine in New York City. Her bright future comes to an unexpected halt after news of her father’s death. She inherits his old cabin in the Colorado Rockies, and just when she thinks her luck couldn’t get any worse, she has a car accident in the mountains and awakens in the small, remote community of Black River.

Soon, she’s engulfed in the mystical world of Varulv—wolves descended from 13th century Scandinavia and blessed by Norse gods with the ability to appear human. Paige is desperate to return home, but never expects to fall for her rescuer, Riley Gray, a charming young werewolf from England who offers her an alternate future with his pack.

April Bostic is a New Jersey-based, Adult Romance author who enjoys unleashing her creativity and letting her imagination run wild. Her love of romance books inspired her to become not just a reader, but also a writer. In December 2008, she self-published her first novel, a contemporary romance with a supernatural twist entitled “A Rose to the Fallen”.

After five years, she released her second novel, “The Howling Heart” in August 2013, a paranormal romance that delves into the mystical world of werewolves and Norse gods. To end her busiest year in publishing, April will release her fourth short story in December 2013, a historical paranormal romance entitled “A Dark Scandal”.