Author Interview with Braxton A. Cosby 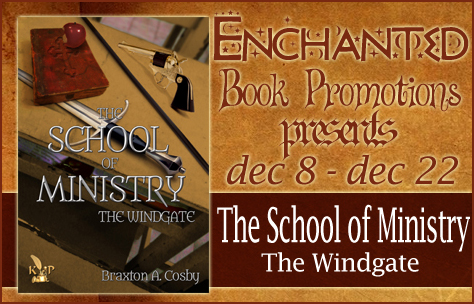 I’m interviewing author Braxton A. Cosby today. Welcome to my blog, Braxton, and thanks for taking the time to respond to my questions.

When I was called to write at a church service. I felt God reveal the story of my first novel Protostar as my pastor was preaching. I began to sketch out this Sci-fi Romance mash up that had depth and volume of great scale. The characters were rich, the actions pieces were larger than life and the degree of world building was unfathomable. Now, I love the art of creating. These stories are tales that have become a part of my life and I am a fan as well.

Where did you get the inspiration for The School of Ministry: The Windgate?

It actually came to me in church (again). I wanted to create a real story that avoided religious propaganda but focused on the internal power that lies inside of each and every person. The spiritual prowess within ourselves is an untapped potential that I believe everyone has access to. These characters have learned to use their gifts to fight evil and cross over into plains and realms that others cannot see. I also think that media and society have put faith in the background, so the challenge was to make a story that felt ‘real’ to the reader. They have to become so enamored by the plot line and the depth of the characters that they seem themselves engrossed in the story and constantly asking the question of “what would I do here if this were me?”

Amazing. I really respected and trusted my editor. She pushed me to prune my story, remove the death parts so that the story stayed fresh. Also, consistency was a huge focus, with keeping timelines moving and characters evolving. In the end. The Windgate is a story that I love. I read it from time to time and am amazed at what I take from it. It’ like it speaks to me like I was not the author.

Keeping the balance between adventure and drama. The Windgate reads partly YA and partly NA. That’s because the general theme feels mature, where most adults that have gone through struggles of life challenges relate to the main character, yet, young people identify with the team because of their age and the ideals. Love, fear, frustration, anger, and disappointment happen to everyone, so it makes good sense that these emotions are spread liberally throughout the book. What are your writing goals for 2014? – Finish the sequel to SOM: The Windgate, which I am working on right now, along with launching a successful campaign for Protostar (early 2014).

Sequels, new novels, and the launch of my new entertainment production studio called Cosby Media Productions. Yeah, I need to split myself in two some day. Then, I’ll conquer the world. LOL 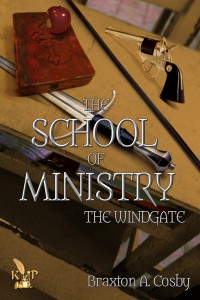 Title: The School of Ministry: The Windgate (Book One)

TO CHOOSE, IS FATE!

A young man named Ziv struggles to find his place in life after both of his parents are murdered. Orphaned and alone by the age of six, he bounces in and out of foster homes hopeless and afraid, wondering if he will ever find a path to happiness. He resolves to accept a life of depravity, until one day he discovers he possesses the gift of sight: to see creatures from the afterlife, but not angels…demons! Ziv is recruited by The School of Ministry, a secret society that promises to help him find his best friend Stephanie, who has gone missing. But there is one catch: he must agree to join them in their quest to eradicate evil and protect the weak. Ziv learns that he is a “Conduit,” which allows him to cross over into the spirit world and transcend time itself. When he is partnered with two other young men who have similar gifts, the unlikely trio is trained in the mastery of weapons and the art of Shouting, during treacherous challenges of the tortuous Quad in preparation for their mission: to secure the Windgate. An untimely love triangle clouds Ziv’s judgment,  forcing him to choose between the love of his life and the new female interest Evan. Ziv becomes entrenched in a quest of identity, love, and will, until he comes face to face with pure evil itself–Akabod, the spiritual prodigal son to the School of Ministry and a master of talents. 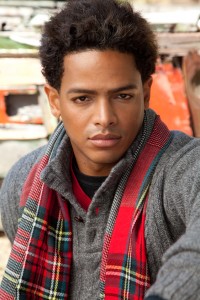 Multi-Award-Wining Author Braxton A. Cosby is a dreamer who evolved from concepts on pen and paper to pixels and keyboards. He tells stories that evoke emotions and stimulate thought. His focus centers on the power of messaging and themes of love, trust and relationship overshadow the predictability of most stories. Braxton is known for his attention to detail and he has been lauded for his ability to transport readers into the worlds he creates. Protostar: Book 1 The Star-Crossed Saga and The School of Ministry: The Windgate are currently two Young Adult series he created. Braxton lives in Georgia with his wife, three children and a troop of crazy African Cichlids.

Get your copy of the book: