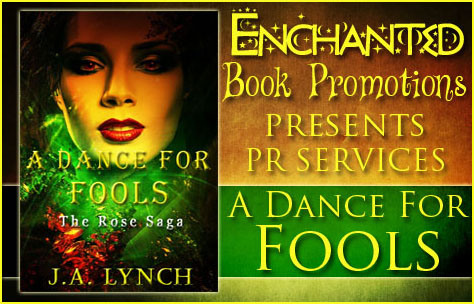 I’m interviewing J.A. Lynch on my blog, author of erotica novella “A Dance for Fools”. Welcome to my blog, and thanks for answering my interview questions!

I knew from the moment I began telling stories to my younger sisters. There was something in storytelling that made me feel complete, and it seemed like the natural progression one takes when on a journey.
Where did you get the inspiration for Dance for Fools?
I’ve always danced around the subject of writing an erotic piece. I had dabbled in erotica once before, about 3 years ago and it was only flash fiction. But in August 2012 I decided why not give it a go, and thus The Rose Saga was born. The first novella in the series, The Curse of the Rose was well received and has gained some lovely 5 star reviews. A Dance for Fools is the follow up to that, and was a thrill to write.
What is you editing process like?
When I write, I tend to get it all down, hit my target word count, then comes the revisions. The period when I add the meat, bulk up the flesh and whittle out any problems in the flow of the plot and character development. I normally edit whilst I do this but then I pop the file away for a month or two, and that’s when the edits begin. I re-read, edit, revise and edit again before submission to the editorial team. I can’t say I am perfect, I never catch each flaw, but I like to think that I do make a fair effort at the edits.
What was the most challenging part about writing your book?
I didn’t want my sex scenes to harbour on pornographic. So  writing them in a sensual way was important to me. I read up on a lot of erotica and let me tell you, I was very surprised.
What are your writing goals for 2014?
2014 is a huge year for me. I have my first MG novel debuting on March 8th – The Taken – and it is going to be an amazing ride for all my younger fans out there. I also have the third Rose Saga book releasing May 12th. I have an adult thriller releasing later in 2014, the date has yet to be confirmed.
Are you working on something right now? If so, can you tell us more about it?

Currently, I am putting the finishing touches to my adult thriller, Stone Cold, which follows Nathan Stone, a native of Northern Ireland who has turned his back on his Catholic roots and becomes obsessed with Thelema rituals. He goes on a murderous killing spree, spanning 20 years, and it takes two detectives on either side of the Atlantic, working together, to bringing Stone to Justice.

About A Dance for Fools 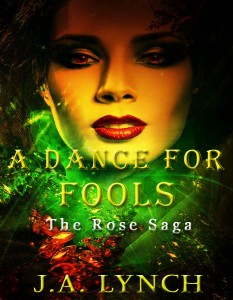 Title: A Dance for Fools

Bianka, a vampire with an insatiable thirst and desire for the body unlocked Pandora’s box when she disposed of Iona, and instead of getting the freedom she desired, she condemned herself to a curse.

With her new found fate as the Rose, comes the responsibility of choosing her own courtesan and fulfilling her pledge to Artemis and the Oracle, but Bianka is hell bent on revenge, and if she can’t have her freedom then at least she can play the King and his court for fools.

Of course, nothing is never simple, and as Bianka puts all her energies into revenge, she doesn’t see the ensuing chaos that she unleashes.

A dance for fools is only the beginning of the end… 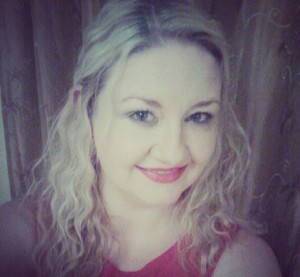 Fiery Librian Julieanne Lynch is an author of urban fantasy books for both adults and teens. Julieanne lives in Northern Ireland , where she works on her Shadow World novels and other series full-time. Before becoming a writer, she considered a few different career paths, a rock star being one of them. She studied English Literature and Creative Writing at The Open University, and considered journalism as a career path. However, she decided writing was the way for her and believes all of her education and reading prepared her for it.

An avid reader, Julieanne has always had an encompassing fascination with folklore. When not writing, she enjoys crime series such as Criminal Minds, CSI, NCIS and Cold Case, and loves anything with Vampires, listening to metal, meeting new people, drinking lots of green tea, and sharing her dreams with her children. She is a self-professed goth wanna-be,and is happy when left to write into the early hours of the morning.

Julieanne’s YA series, The Shadow World novels, is published by Vamptasy Publishing and thus far contains Within the Shadows. It follows the war between vampires and shadow creatures. Giselle Bergman, an 18-year old human girl, falls victim to a scheme by one of her closest childhood friends, and embarks on a journey that sees her become the center of a battle between good and evil.

Purchase your copy for Kindle: