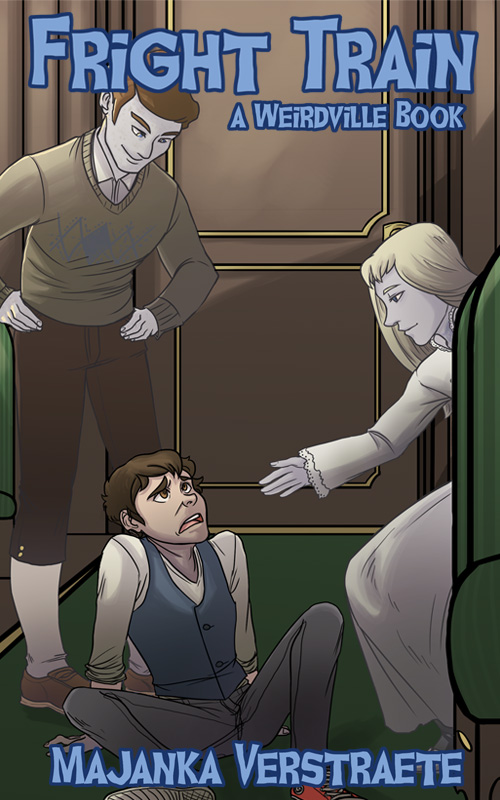 When Charlie goes to visit his Grandma in Weirdville, he never expected to end up in the adventure of a lifetime. When his train is cancelled, and he decides to take the train one hour later, an old-fashioned, steam train comes rolling into the station. Even though his gut tells him not to get on board, he does.

Trapped on a train with peopole he can’t trust, and a train conductor who keeps shouting at him to get a valid ticket, Charlie goes through his worst nightmare on this “Fright Train”.

Be sure to check out the 1st book in the Weirdville series, The Doll Maker, available September 23, 2013. And watch for the 2nd book in the series, House of Horrors, available December 2, 2013.