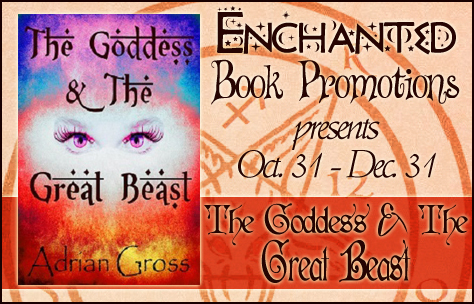 I’m interviewing Adrian Gross today, the author of “The Goddess and The Great Beast”, a supernatural thriller. Thank you for answering my questions, Adrian, and I hope my readers enjoy the interview!

When it became painfully obvious that I can’t do anything else. Even to my own ears my guitar-playing is hopeless, but I do like what spews from my fingertips onto the page. No-one else might agree but, if I died tomorrow I would be happy with what I’ve written.

Where did you get the inspiration for The Goddess and The Great Beast?

The original inspiration came from family history. My father was a soldier in the Middle East during WW2 and Aleister Crowley spent his final days around the corner from my mother’s family, dying exactly a year after my great-grandmother (who was 98).

How long did it take you to write The Goddess and The Great Beast from start to finish?

Overall, about eighteen months, but not consistently. I had extended breaks for contemplation, editing and ennui.

Get other viewpoints, in particular from a professional/experienced eye, then rewrite as necessary. And there’s lots of necessary!

What was the most challenging part about writing The Goddess and The Great Beast?

Accepting and assimilating the very valid criticisms during editing.

Make enough money to keep at it! However, in the real world, just to find the opportunity and enthusiasm to write what needs to be written.

I have a number of ideas battling each other for supremacy, including a heavy metal detective and a serial-killing aristocrat with a social conscience. I’m also thinking about post-novel forms, perhaps to engage with the quickly developing internet age.

The Goddess and the Great Beast 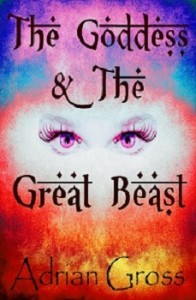 Title: The Goddess and the Great Beast

Five years later, in a dreary post-war London, the Goddess must be satisfied.

Can anyone save her demobbed consort from eternal torment?

Can he save himself?

Does he even want to be saved?

And what’s it got to do with the ‘wickedest man in the world’? 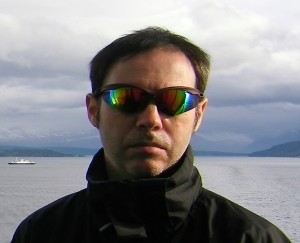 Adrian Gross is a British writer. Some bits of him used to be Irish and some others were once Hungarian. He lives close to Glastonbury and likes to bang his little heavy metal head whilst drinking chewy real ale!

When his aching bones and throbbing hangover allow, he plays football (soccer) and rides bicycles up and down the Mendip Hills.