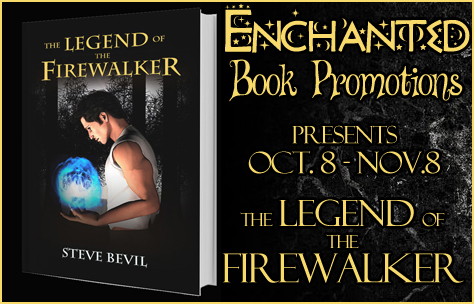 I’m interviewing author Steve Bevil today on my blog. He’s the author of YA paranormal fantasy novel “The Legend of the Firewalker”. Enjoy the interview!

Hmm, that’s an interesting question. I don’t think I ever sat down and actually thought of becoming an author or a writer. I’ve always had an active imagination and reading, watching movies, and television fueled it. Growing up I would often come up with my own storylines or alternate endings to my favorite movies and television shows as well. So to answer your question, I would say that I’ve always been a storyteller and writing just fell in my lap because I wanted to share those stories.

Where did you get the inspiration from for The Legend of the Firewalker?

The Legend of the Firewalker came to me first in a daydream about a conversation between Nathan Urye and Stephen Malick. The “ball” or story just kept on rolling after that.

How long did it take you to write The Legend of the Firewalker from start to finish?

It took me about 8 months to write The Legend of the Firewalker. A lot of that time was research, developing the storyline, and flushing out the characters.

I write until I tell the story and then I edit and revise until I am happy with it. Next, I submit it to Beta readers for feedback. Then I revise again based on the comments I receive. After that I submit it to my editor, and then revise again. The final step is when it goes to the proofreader.

What was the most challenging part about writing The Legend of the Firewalker?

The most challenging part is all the editing and revising. However, the final product and story are always better for it.

My writing goal for 2013 was releasing the first book in the series, The Legend of the Firewalker!! I am still very excited about reaching this goal.

Currently, I am writing the next book in the series and that’s all I am able to say right now. I can say that the second book has a lot more action in it. I think at last count I was at 7 action scenes so the story picks up and goes from the first chapter.

The Legend of the Firewalker 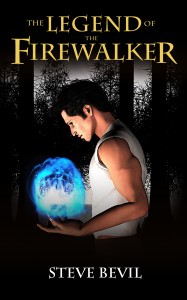 Title: The Legend of the Firewalker

A black hooded figure suddenly appeared behind her. She gasped and her brown eyes grew wide. Nathan watched helplessly as a small trickle of blood fell from her mouth.

Other hooded figures appeared; their silver swords clutched upright against their chests. Nathan held tight to her lifeless body while trying to fight back the tears that swelled in his eyes. “No,” he cried. “No!”

Nineteen-year-old Nathan Urye is supposed to be having a relaxing summer as a camp counselor but ever since he started having nightmares about a beautiful girl being hunted by flesh-clawing monsters, his life has been anything but normal.

Soon, Nathan discovers that the sleepy college town of Cahokia Falls is far from ordinary when two unexplained deaths rock the town and campus. Who or what is behind the murders? Does it have anything to do with the newly-discovered cave symbol? And what about the spine-chilling campfire stories about ancient tribal beliefs and mystical legends?

For Nathan Urye, things just keep getting creepier and creepier, and now it appears that everyone at camp is in danger…

What the reviewers are saying…

“Starting with chapter one this book held my attention. The legends in the book told around the campfire gave me goose bumps and the supernatural creatures; Necrocritters, dark hooded guards with swords and red hooded priests added a lot of layers to this story. Not to mention the Fallen Ones!

At times I wasn’t sure how things would play out because there were so many challenges facing Nathan and his friends. I really enjoyed the climax of the book and could easily see this book adapted as a movie. I can’t wait to see what’s in store for Nathan and his friends…but you have to read the book to see if they all make it out” ~Reviewer

“It’s terrific! I love your wise-cracking hero, who finds himself thrust into these bizarre circumstances with no real guide. And I love the set up of the supernatural world and these well-defined characters. The supernatural conflict and the relationships that took root here will be able to take you through book after book. That eerie, spirit realm where everything is gray except for the people – sound doesn’t behave as it should – and objects are frozen in place, is really imaginative and creepy. It’s got a strong cinematic feel and it creates tremendous atmosphere. In short, you’ve done some terrific world building here that’s highly imaginative and peopled with appealing, interesting characters we can care about.” ~Reviewer 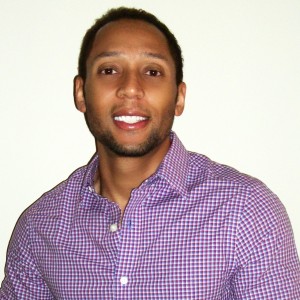 Steve Bevil, the author of The Legend of the Firewalker series, recalls vividly as a child running to the library to check-out and read the latest The Hardy Boys and Nancy Drew books. He started writing short stories at a young age, but never took writing seriously, and as an adult, would only write to jot down the many storylines and mystical characters he would often fantasize in his head.

It wasn’t until he was inspired by the story of author Stephanie Meyer, a stay-at-home mother of three and Christopher Paolini, the author of the Inheritance Cycle, that he entertained the idea of writing a book. Steve recalls sitting at his computer one day, after reading promotional emails announcing the latest books, daydreaming a dialogue between two people.

“It was just so Harry Potter-esque as far as the classic story of good versus evil. I just kept getting more and more detail; it was like the story wanted to be written, there were so many layers to it. I had first and last names, character back history, and everything. Immediately, I started writing.”

After months and months of developing the plot and writing, the end result was his first book in the series, The Legend of the Firewalker. The daydream, a dialogue between two of the main characters; Nathan Urye and Stephen Malick, ended up appearing in Chapters 11 and 16.

Steve Bevil graduated from Eastern Illinois University with a Master’s degree in Communication. He is a native of Chicago, Illinois and when he isn’t writing, enjoys music, watching movies, fitness, and walks with his little Westie, Wyatt.