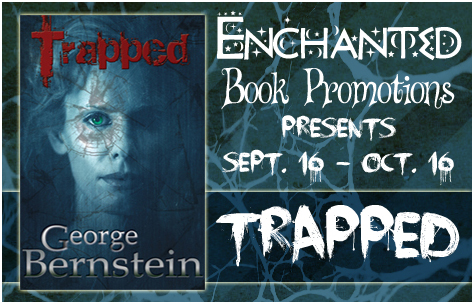 I’m hosting an interview today with George Bernstein, the author of romantic suspense novel “Trapped”. Thank you for answering my interview questions, George!

When did you know you wanted to become a writer?

I loved writing, even as a pre-teen. I always love to tell stories and invent adventures, often to keep myself out of trouble. My various English teachers in both Grammar and High School always seemed to pick my essays to read to the class.

I became a serious writer in 1990, when I was able to “semi-retire” at a pretty young age, my wife said, “You need something to keep busy, and you don’t want to play golf every day. You always loved to write. Why don’t you write a novel?”

What was your inspiration for writing Trapped?

So, I was beginning the journey as a novelist. My wife, Dolores, and I began brainstorming for a subject, and she thought of a neighbor, when we lived in north suburban Chicago, who became comatose after an anesthetic accident during plastic surgery. I took her condition, but imagined that, while trapped in a dead shell of a body, her mind was still active, and I gave her the ability to use her eyes. And TRAPPED became the obvious title. I only learned many years later that “Locked-in Syndrome” is a real condition.

How long did it take to write Trapped from start to finish?

Either 6 months… or 22 years. Depends how you look at it. I wrote the first version of Trapped in about 6 months. I started by imagining the overall plot, constructing an outline, and then writing the story. Once I get started, I rarely stop very long for anything like editing. For me, the story just begins flowing, and I get it down on paper (a monitor, actually). I get immersed in the characters, who take over the story and where it eventually goes. The outline is fluid and often changes dramatically during the writing. Over the years, a top agent and an editor recommended I remove I side plot I’d introduced to create some action. It was painful, but out it went. I tinkered with Trapped over the years while I wrote 3 other novels, and finally, after winning TAG Publishers “Next Great American Novel” contest, I made the final changes as I turned the entire novel into the first person point of view of Jackee, the protagonist…22 years after putting down the first words.

Once I complete the first draft, I do a basis spelling and grammar edit. Then I look at the entire story for flow. I’ll often swap chapters and move around scenes to enhance tension and “grab,” to keep the reader drawn in and reading. Then I do what I call a “construct review,” often breaking long chapters into several shorter ones, and trying to keep paragraphs down to three or four sentences… and sometimes just one line, to create emphasis. Then I submit it to a professional content editor, who may point out things I missed and areas that can be strengthened… or even removed. That is where a lot of self-published authors miss the boat. Then a final line edit to check for missed errors (there’s always some we miss) and to remove clichés and substitute more evocative words for static words, like “sauntered” rather than “walked.”

As I’ve said, I’ve already written four novels. My second published novel, A Third Time to Die, is a story of passion, brutal death (twice!), rebirth (twice), and surviving finally, in the 21st Century. I’m working on promoting that, too. It’s already garnered many 5 and 4-Star reviews on Amazon.

In between doing promotion for Trapped and A 3rd Time to Die, I’ve begun work on preparing my two Al Warner detective series novels over the next year, and possibly will begin writing two others in that series that I’ve outlined and begun.

What was the most challenging part about writing Trapped?

Two parts. First, it’s the struggle to get published. As I said, it took 22 years to get my first novel, Trapped, published, and that only happened after I won TAG Publishers “Next Great American Novel” Contest. Prior to that, I had probably 80 rejections from agents and editors. Small potatoes, compared to someone like Louis L’Amour (Americas greatest Western Writer, with 89 novels published), who was reputedly rejected 350 times! But it’s still not easy to get conventionally published. Agents really aren’t interested in you unless you’ve got a track record, and that becomes the classic Chicken or the Egg quandary.

The second part is marketing. That’s tough, because most of us are writers, not publicists. It’s hard work to develop the experience and skill to market your work, and publishers do next to nothing to help. Trapped, has had Best Seller review response, with over seventy 5 & 5-Stars on Amazon & Goodreads, and in fact, did jump into the Amazon Top 100 in November, 2012. Still, it’s a struggle to get public recognition. Readers may leave rave reviews at Amazon and Goodreads, but until they start pushing it on Facebook, Twitter, etc., sales don’t keeping up with those praises. 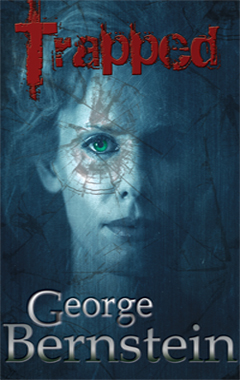 The darkness is still, silent. Jackee Maren’s heart pounds reverberating through her body as fear sears her veins. Someone’s coming. No way out. This time they will kill me. Her breath is short, her chest burns. Must run. Faster. Faster! Her eyes fly open, her heart still racing with blinding fear. Jackee breathes deeply with relief and stares at the ceiling desperately trying to calm herself. The same dream. Something, someone is watching… and waiting.

A tragic car accident leaves beautiful, vibrant Jackee Maren completely paralyzed, mentally alert but trapped in “Locked-in Syndrome,” able to move only her eyes. Jackee’s husband, Phil, is devastated and her two young boys left with nothing but a shell for a mother, but still, Jackee senses the foreboding of an evil presence and knows time is short.

Slowly, Jackee learns to communicate with her physical therapist, Kevin, by blinking her eyes. As evidence comes to light that her car accident was no accident, Jackee knows she must expose the person who wants her dead before they get a second chance.

While Jackee works her mind to put all the clues together, she discovers she has the ability to sense the thoughts of others, but she hides this talent from everyone but her sons, not knowing whom she can trust. By actively exercising her new psychic ability, Jackee finally learns who masterminded the accident but seems helpless to stop them from trying to kill her again.

Slowly a psychic plan forms to not only ensure her boys are safe forever, but to exact revenge on her would-be murderer. Jackee vows not to rest until this would-be-killer understands what it is to be TRAPPED! But she must hurry, with only a year to live. 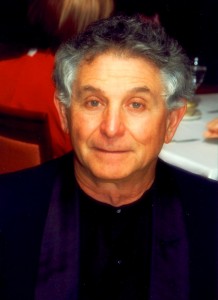 George Bernstein is a youthful seventy-seven-year-old, with a B.A. from Northwestern University, now living in south Florida with Dolores, his wife of 54 years. He is the retired president of a publicly held Chicago company.

George’s main interest now is as a serious novelist. He has attended numerous writers’ conferences and seminars, including that of famous fiction agent, Donald Maass, and he has worked with independent editor, Dave King, all with the goal of improving his craft.

George’s first novel, Trapped, is published by TAG Publishers, after being a finalist in their Next Great American Novel contest. Dee Burks and her staff really love the story, and have put a lot of effort into comprehensive editing and revision suggestions, making Trapped the best it can be. Trapped was also a finalist at the 2012 Florida Writers Association RPLA fiction contest, and has since acquired over seventy 4 & 5-Star reviews on Amazon and Goodreads.

George has also recently released his 2nd novel, A 3rd Time to Die, which has been received with several 4 & 5-Star reviews. The most common comment for both novels is: “I couldn’t put it down.”