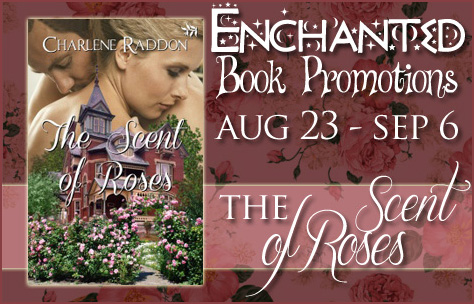 I’m hosting an interview today with author Charlene Raddon, the writer of “The Scent of Roses”, a western historical romance. Thank you for answering my questions!

I’m not sure. I started writing my first book after waking from a really vivid dream I thought had to be in a book. It wasn’t until later though that I became serious about writing. I guess you could say it took a bit to become addicted to it.

2) Where did you get the inspiration from for The Scent of Roses?

The house described in The Scent of Roses is one I once lived in. It was a beautiful house, turn of the century, and I kept thinking there ought to be hidden passageways there. So I created my own and put them in my book.

3) How long did it take you to write The Scent of Roses from start to finish?

Constant. I have a very bad habit of rewriting the opening chapters several times. It’s a foolish thing to do as you don’t really know what needs to be in those first chapters until halfway through the book. I love the final stages of editing, finding just the right word, with the right nuances and the right details to bring the story to life.

5) What was the most challenging part about writing The Scent of Roses?

To be honest, it was keeping my sanity. My husband had just retired and hated that I was on deadline and couldn’t do whatever he wanted whenever he wanted and give all my time to him. It was a rough time. My mother and sister had both just passed away from cancer and I wasn’t in the best shape. By the time I finished I was over my deadline. It was awful.

I have a totally new book scheduled for release early in the year. I’m looking forward to that. And I’ll be working on my next book. I’m always working on something.

I’m rewriting the first book I ever wrote, a time travel that didn’t sell when I finished it because no one was buying them then. It’s been sitting in a box under the desk for years, decades, really, but I always believed in the story and wanted to see it published. I’m changing the story a little and cutting it way down as it was far too long. I hope to see it published next year. The protagonist is hiking in the mountains when she runs into a bear. To escape she climbs a cliff, crawls through a narrow cleft and comes out into a valley where the year is no longer 2014 but 1834. There’s a good deal more to it than that. Her hike is not a casual one, but one with a serious purpose.

The Scent of Roses 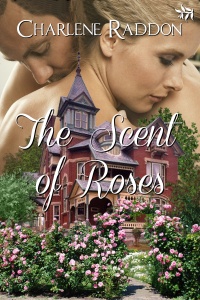 Title: The Scent of Roses

Rosalyn Delaney’s husband, Josiah, vanished six years ago. Following a private detective’s lead, Rosalyn leaves Salt Lake City and boards a train heading to the mining town of Whiskey Ridge, Arizona. She arrives at Rose House, an old mansion reputed to be haunted, only to discover that her missing husband has been killed, and his business partner, Whip Kincaid, is wanted for his murder. Determined to uncover the secrets surrounding Josiah and his death, Rosalyn decides to stay–even though she begins to receive nightly visits from a charming “ghost” . . .

Escaping a troubled past, Whip Kincaid had hoped he could make a fresh start in Whiskey Ridge and open a saloon with his friend Josiah. Now, as a murder suspect hiding in his own house, Whip’s future looks bleak indeed . . . unless he can find the real culprit. But the unexpected intrusion of Rosalyn ruins his plan to sneak out at night to investigate. Scaring her away is his first step in clearing his name, but Rosalyn doesn’t rattle easily. And Whip isn’t sure he wants the lovely widow to walk out of his life — especially when she’ll take his heart with her. 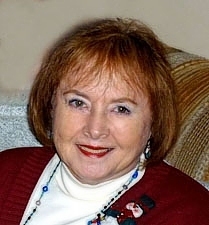 Charlene Raddon began her fiction career in the third grade when she announced in Show & Tell that a baby sister she never had was killed by a black widow spider. She often penned stories featuring mistreated young girls whose mother accused of crimes her sister had actually committed. Her first serious attempt at writing fiction came in 1980 when she woke up from a vivid dream that compelled her to drag out a portable typewriter and begin writing. She’s been at it ever since. An early love for romance novels and the Wild West led her to choose the historical romance genre but she also writes contemporary romance. At present, she has five books published in paperback by Kensington Books (one under the pseudonym Rachel Summers), and four eBooks published by Tirgearr Publishing.

Currently, Charlene is working on her next release.