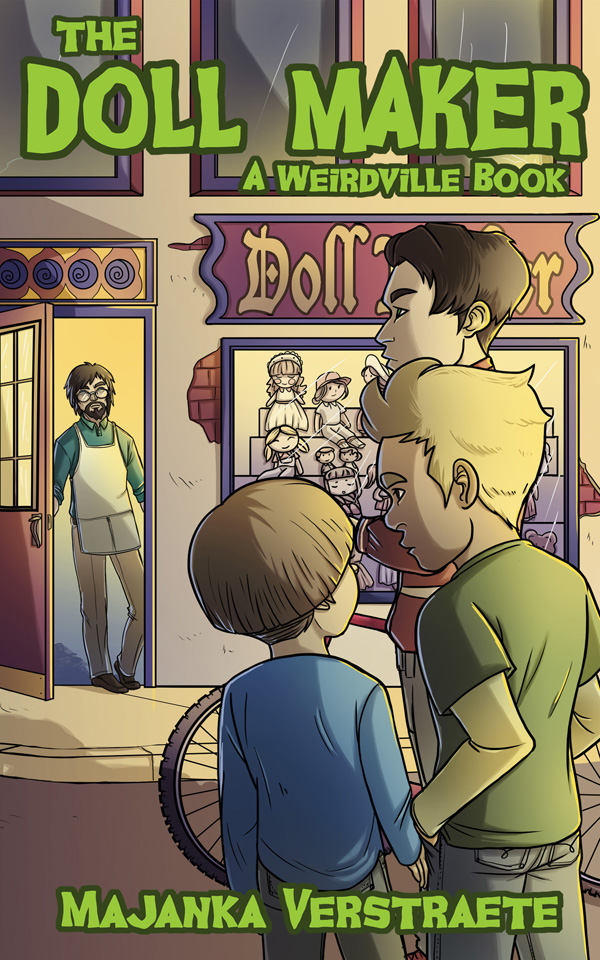 Welcome to Weirdville: The Doll Maker

A new doll shop has opened up in town, but nobody seems to know when exactly the small shop opened its doors. The interior is a little worn, so it looks like it’s been around for a while, but it’s hidden between two larger buildings, almost completely out of sight. It’s called “The Doll Maker”, but the dolls don’t look like they’re fun to play with at all. They’re creepy, too lifelike, replica’s of small toddlers with eyes that seem to follow you everywhere you go.

Nobody knows the mysterious shop owner by any other named except “The Doll Maker”. It’s said that he’s a distant cousin of the Weird family, founders of Weirdville, but there’s no proof to back it up. Fortunately for the strange shop owner though, the residents of Weirdville are more concerned by the sudden disappearance of several children to worry much about his new business endavour…

In The Doll Maker, the first book in the Weirdville series (which can all be read as stand-alones), Derek and his friends have to find out what’s going on at the strange new doll shop in town, before it’s too late…

Watch for The Doll Maker, the 1st book in this lower-grade chapter book series, coming September 23, 2013.