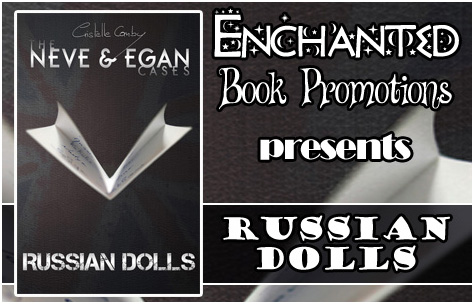 I’m hosting author Cristelle Comby on my blog today. Cristelle is the author of mystery/suspense novel “Russian Dolls”. Thanks for appearing on my blog, Cristelle!

I can’t really pinpoint the day… it came naturally. Ever since I can remember, I’ve always been writing a lot, mostly in school for essays and such — and I was really good at it. When I was a teenager, writing helped me get through rough times. One day, I thought: “Why not try and write a book?”.
2) Where did you get the inspiration from for Russian Dolls?

From all the books I’ve read over the years, and the many films and TV-Shows I’ve watched. I’ve always enjoyed a good mystery — that’s what decided me to try and make a private detectives’ novel. As for the story in itself, it was mostly driven by the characters and what I wanted to get them through to make them progress emotionally throughout the story.

3) How long did it take you to write Russian Dolls from start to finish?

The planning and the actual writing took me a little bit over three months. Then came the editing, re-writing, re-editing, proofing, …, and that took me about twice as long.
4) What is your editing process like?

I usually write the story first, from beginning to end. Then I re-read everything and complete what was hastily skipped over, trim the parts which are way to long and get rid of the obvious spelling mistakes. Then I let it rest for a few weeks and get it out of my head. After that break, I repeat the whole process a second time, with a fresher eye. Then I sent the draft to a few beta and bite my nail as I wait for their opinion. Once I have their critiques, I go over the whole novel again — some chapters won’t change much, some will be entirely re-written. At the end, once I’m completely satisfied with the story, I send it to my editor for a final grammar and spell check.

5) What was the most challenging part about writing Russian Dolls?

Definitely Egan’s character. I had never written about a blind person before, and it’s very difficult. I tried to be as honest and accurate as I could in my portrait, without over-doing it, without being condescending. It’s a constant challenge and it kept me on my toes.

I’m continuing the Neve & Egan series. I plan to release the second novel, Ruby Heart, this autumn (the manuscript is with my beta, right now). And the third one will come out in the first half of 2014, so I have to get cracking on that one.

Ruby Heart, picks up a few month after the end of Russian Dolls. In this one, Neve and Egan are hired by an old woman to find a stolen necklace she’s just recently recovered. But, to find out who has it now, the detectives need to find out who first stole it in 1942.

Thanks for answering my questions! 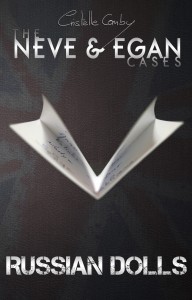 Alexandra Neve is a student at University College London whose world suddenly falls apart. When her best friend jumps from the university’s rooftop, she can’t stop herself from asking, ‘Why?’ The police rule her friend’s death a suicide and for them the case is closed — so whom can she turn to for help?

Sometimes the person you need the most is the one you least expect to find, and in this case it’s none other than Ashford Egan, a blind middle-aged history professor, who’s more willing than most to listen to what she has to say.

Neve and Egan are as different as they come. She’s restless, careless at times, and fearless when the need arises, while he’s almost the complete opposite: a deep thinker with an analytical mind, a highly rational and collected individual.

As they enter the violent world of the Russian mafia, they must overcome their differences and learn to work together. It’s their only chance if they want to survive. 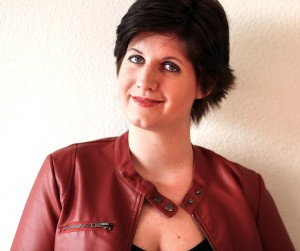 Cristelle Comby was born and raised in the French-speaking area of Switzerland, somewhere between Geneva and Lausanne, where she still resides.

Thanks to her insatiable thirst for American and British action films and television dramas, her English is fluent.

She attributes to her origins her ever-peaceful nature and her undying love for chocolate. She has a passion for art, which also includes an interest in drawing and acting.

Russian Dolls is her first new-adult novel, and she’s hard at work on the next titles in the series.