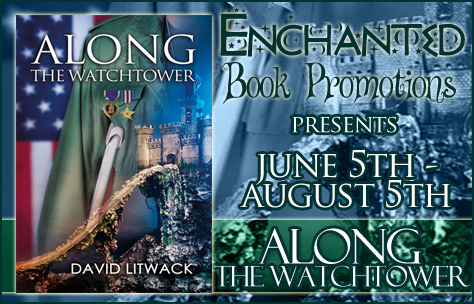 I’m hosting an interview today with David Litwack, the author of “Along The Watchtower”. I had a blast reading the author’s interview responses, and I hope you enjoy the interview as well!

The urge to write first struck at sixteen when I was working on a newsletter at a youth encampment in the woods of northern Maine. It may have been the wild night when lightning flashed at sunset followed by the northern lights—the only time I’ve ever seen them. Or maybe it was the newsletter’s editor, a girl with eyes the color of the ocean, who encouraged me to write an article each night for the next day’s issue. In any case, I was hooked.

2) How long did it take you to write Along The Watchtower from start to finish?

From conception to final edits—about a year and a half.

3) What was the most challenging part about writing Along The Watchtower?

Watchtower was the first novel I wrote from a first person perspective. I thought the story demanded that point of view because of the intensity of Freddie’s experience and his inability to separate the imagined from what had actually happened. Though he faced  trials in his fantasy world dreams, in the real world, his story is more an inner struggle.

Because of the switches from the real to the fantasy world, I needed to make the context quickly apparent to the reader at the start of each chapter. But I didn’t want to keep writing things like: “and now, in the hospital” or “on the parapet of the castle.” I solved this problem by using a different voice for each of the two worlds, so even though each character was speaking in first person, the reader can tell whether it’s Freddie or Prince Frederick. As he recovers, I let the two worlds gradually blend into each other.

Finish my third book and have it ready for publication by year’s end. In parallel, take notes and do research for what will be the sequel to my first novel, There Comes a Prophet. I’m hoping to be ready to start that draft as soon as I submit the third book. I try to have multiple projects going at once, so I can avoid dead time and am always writing.

For each draft, I try to define a small number of areas to focus on, usually no more than three to five. In the early going, I concentrate on structure, fine tuning characters, making sure every scene is necessary to the plot, and sharpening the setting and world building. Later on I’ll do a pass that works just on language. Is every sentence crisp and clear? Does each paragraph represent a distinct idea? Have I used the most appropriate word? By the end, I’m checking for duplicate words, extraneous adjectives, and lazy adverbs that need to be replaced by vivid description. I even get down to punctuation—not just what is grammatically correct, but what’s most effective.

6) Where did you get the inspiration from for Along The Watchtower?

I’ve always been fascinated by how subjectively people perceive reality, each of us bringing our own experiences and biases into play. But when we’re ripped from our normal lives and placed in extreme circumstances, our reality becomes totally fragmented. Such is the case with hospitals and war.

Then a couple of years ago, I become engrossed in the online fantasy game, World of Warcraft, playing with my son. I’m on the east coast on he’s on the west, so we’d meet every Wednesday evening in the virtual world of Azeroth, where we our avatars would go on quests together. I was struck by how quickly time passed and how immersed I became in the surreal mood of the game, wandering around in strange places, solving riddles and overcoming trials.

The fantasy gaming experience has a dream-like quality to it. And I began to wonder: how would this experience affect the dreams of someone whose reality has been fragmented by war, PTSD and traumatic brain injury? These concepts—war, hospitals, and the fantasy world of online gaming—came together in Along the Watchtower.

I’m in late stage edits with an alternate world story called The Daughter of the Sea and the Sky. It’s about a world divided between the Blessed Lands, a place of the spirit, and the Republic, whose people worship at the altar of reason. A mysterious nine-year-old girl from the Blessed Lands sails into the lives of a troubled couple in the Republic and seems to heal everyone she meets. She reveals nothing about herself, other than to say she’s the daughter of the sea and the sky. But she harbors a secret wound she herself cannot heal.

I’m also currently planning what will be a sequel to There Comes a Prophet. I’ve always wondered what happened to Orah and Nathaniel after their world changing heroics and what became of the contemporaries of the keepmasters who had crossed the great ocean. Stay tuned.

About Along The Watchtower 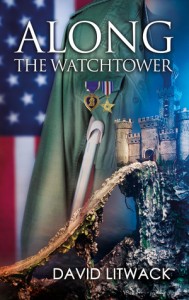 Title: Along The Watchtower

The war in Iraq ended for Lieutenant Freddie Williams when an IED explosion left his mind and body shattered. Once he was a skilled gamer and expert in virtual warfare. Now he’s a broken warrior, emerging from a medically induced coma to discover he’s inhabiting two separate realities. The first is his waking world of pain, family trials, and remorse—and slow rehabilitation through the tender care of Becky, his physical therapist. The second is a dark fantasy realm of quests, demons, and magic that Freddie enters when he sleeps.

In his dreams he is Frederick, Prince of Stormwind, who must make sense of his horrific visions in order to save his embattled kingdom from the monstrous Horde. His only solace awaits him in the royal gardens, where the gentle words of the beautiful gardener, Rebecca, calm the storms in his soul. While in the conscious world, the severely wounded vet faces a strangely similar and equally perilous mission—a journey along a dark road haunted by demons of guilt and memory—and letting patient, loving Becky into his damaged and shuttered heart may be his only way back from Hell. 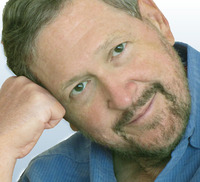 The urge to write first struck when working on a newsletter at a youth encampment in the woods of northern Maine. It may have been the night when lightning flashed at sunset followed by northern lights rippling after dark. Or maybe it was the newsletter’s editor, a girl with eyes the color of the ocean. But he was inspired to write about the blurry line between reality and the fantastic.

Using two fingers and lots of white-out, he religiously typed five pages a day throughout college and well into his twenties. Then life intervened. He paused to raise two sons and pursue a career, in the process becoming a well-known entrepreneur in the software industry, founding several successful companies. When he found time again to daydream, the urge to write returned.