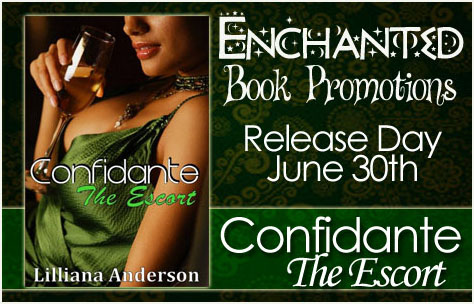 We’re happy to celebrate the release day party for “Confidante: The Escort” today. Find out more about the book and read an excerpt below.

There’s also a giveaway for a signed print copy of the book! Scroll down to the giveaway and fill in the form to participate.

About Confidante: The Escort 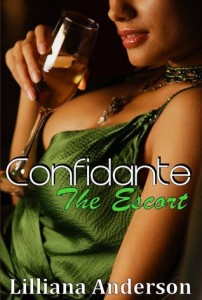 ‘You thought I was shocked when I found out that my mother in law used to work in a brothel! Imagine my surprise when she told me that after she got out of there she decided to return to work in the sex industry.

Follow Angelien, a now retired Sydney sex worker, in this true story, as she breaks boundaries when she insists of becoming an escort in her mid 30s, proving to everyone that a mature lady can be a very successful and sought after woman in an industry dominated by youth.

Story rated 18+ due to subject matter and sex scenes.’ 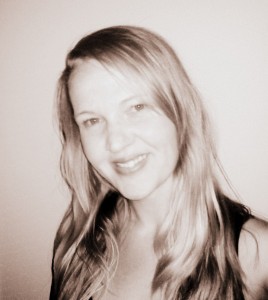 Australian born and bred, Lilliana Anderson has always loved to read and write considering it the best form of escapism that the world has to offer. Besides writing Angelien’s biographical trilogy, she also writes contemporary romance and drama all based around Aussie characters.

When she isn’t writing she is a wife, and a mother to four children. She has worked in a variety of industries and studied humanities before transferring to commerce/law at university.

She currently lives a fairly quiet life in suburban Melbourne.

Excerpt from ‘the Mountain’

Even on her first night in the brothel, Angelien hadn’t felt as nervous as she did walking down the hallway of the Boulevard Hotel to meet her first client. She didn’t feel anywhere near ready for what was waiting for her on the other side of that door. It had been so long since she’d worked in the brothel, and if she was honest with herself, she was quietly worried that she might have lost her touch.

Approaching the correct door, she raised her hand to knock, but froze before she made contact. With her hand still in the air, she closed her eyes and inhaled deeply, feeling the shake in her legs as her knees knocked together. Silently, she stood there, willing herself to focus on her breath and calm down.

Angelien was unsure how long she stood there for – seconds? minutes? she couldn’t tell. But finally, when she felt calm enough to continue – she knocked on the door.

She’d like to say that what she felt were butterflies flying about in her stomach, but what she was feeling was more akin to a plague of locusts, beating against the walls of her stomach and threatening to spill out her mouth. As she heard movement on the other side of the door, she swallowed the thick lump in her throat, forcing those locusts back down and planting what she hoped was a sultry smile on her face.

When the door opened, it revealed one of the biggest men she had ever seen in her life. To call him roly-poly would have been an understatement. He appeared to be not much taller than her own five foot, three inches of height, about 50 years of age and was dressed in a hotel room dressing gown that didn’t even pretend it was capable of closing around his sizeable paunch.