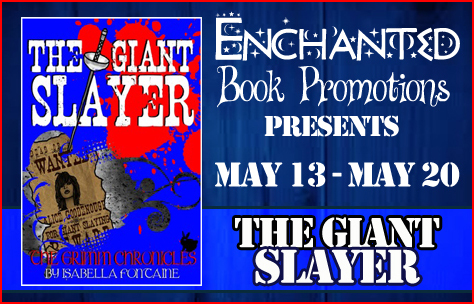 I’m hosting an interview with Ken Brosky, the author of The Grimm Chronicles, a YA fantasy adventure series.
1) When did you know you wanted to become an author?

When I was still in the womb, I’m starting to think. Seriously, I started out fantasizing about being a comic book artist but my drawing skills just weren’t getting any better as the years went on. In fact, my dad still has an old comic book I sold to him when I was young, and it really weirded me out. The drawings were so … bad.

2) How did you come up with the idea behind The Grimm Chronicles?
I was toying around with an idea for a long time about a hero who vanquishes evil, but it never really got off the ground because I didn’t know how to make it interesting and unique. Lo and behold, the answer was right under my nose: “Grimms’ Fairy Tales.” The trick at that point was to ensure that we developed our hero into someone who could fit into a Young Adult world and also have some personality.
3) How many installments have you planned in the series?
There are 12 total episodes, and every 3 episodes have a story arc.
4) What are your writing goals for 2013?
To finish this series! Then it’s on to the next one. The next one is going to be four books long, and each book will be around 200 pages. More if the ideas keep coming to me.
5) What is your editing process like?
I write the first draft, then I go through and “tweak” it and call that “the second draft.” Then Isabella goes through and makes it good. Then I get it back and do another draft. Then I run the entire book through Grammarly to work out the kinks. Then I send the finished copy to our author friend, D.S. Atkinson, who gives it a looksy.
6) What is the most challenging part about writing?
My arms cramp up after a while. Actually, that’s gotten a lot better since I bought an ergonomic keyboard. My girlfriend jokes that it looks like I’m piloting a spaceship, but that’s OK because I like spaceships! Also, I got rid of my Apple Magic Mouse, which was an awful experience because it’s so thin and small that it gets really, really uncomfortable. That’s subjective, by the way. I’m sure some people love it.
7) Are you working on something else right now? If so, can you tell us more about it?
I’m always writing and editing my literary short stories. I just had one published in Midwestern Gothic, actually. Very happy to see that story in print. Other than that, I’m focused mainly on The Grimm Chronicles.
Thanks for answering my questions, Ken!

About The Giant Slayer 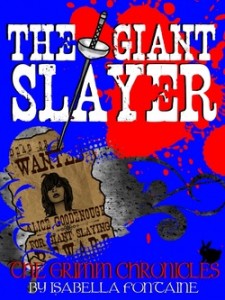 Europe: birthplace of Grimms’ Fairy Tales. An unfamiliar land, brimming with its own breed of Corrupted who hide in the shadows, growing more evil with each passing day. For modern-day hero Alice Goodenough, this is more than enough to worry about. But she also has a fencing tournament to think about.

And a promise to keep with Sam Grayle, a Corrupted dwarf who schemes for more and more wealth. When their train breaks down in a small town in eastern Hungary, Alice finds the legacy of the hero is alive and well. Corrupted have visited this town before, and they aren’t quite vanquished just yet. There’s one left, hiding away, biding his time to enact a terrible price on his enemies. A little creature with big, big plans …

Ken Brosky received his MFA in writing from the University of Nebraska-Omaha. In addition to working on The Grimm Chronicles, he also writes literary fiction. His most recent publication was in Midwestern Gothic.

Visit the Grimm Chronicles Website and the page about The Giant Slayer.

Purchase The Giant Slayer from Amazon