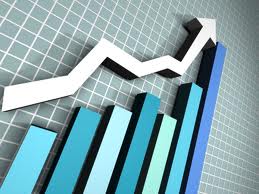 10 Ways To Boost Your Productivity for Authors (Part Two)

Last week I talked about five productivity-boosting tips: keeping a planner, keeping a to-do-list, no distractions, no proofreads until after you’re finished with your first draft and writing an outline before you start writing.

6. Keep a record of your daily word count

You’re probably wondering why it’s important to keep a record of your daily word count. Well, the reason is because it can make you see patterns you otherwise wouldn’t see. Still with me here?

Take a look at these word trackers. They’re completely free, and they look rather fancy. I’ve been using them since January, and so far they’ve worked like a charm.

You enter the number of words you had at the start of the day, and the number you ended up with. You can then see your total word count for the day. Next, you write down the number of hours you spent writing. That’s the key element there. If you wrote 2k, but you needed five hours to write 2k, that’s a bad writing day. Maybe it would’ve been better if you hadn’t written at all. Or maybe, you weren’t totally focused on writing during those five hours. Maybe you were also researching, or reading things online? Or maybe you have every right to be brought because those were the most horrid, difficult 2k words you ever wrote, and you’re glad they’re out of the way.

By keeping track of your word count and the time it took you to reach that word count, you’re investigating what works for you and what didn’t. If it was an off-day, ask yourself why. Were you distracted? What caused it? Was it just a difficult scene, or was there another reason?

The more you keep track of this, of what works for you and what doesn’t, the quicker you’ll be able to reach your word count goal each day. For me, a good day is when I can reach that 2k words in about 2 hours.If it’s 3 hours or more, that’s a bad day.

Don’t go nitpicking about this though. If you took five minutes longer than usual because you needed to go to the bathroom or your aunt called because your cousin gave birth or something, then don’t bother about it. Let it go, and hope for a more productive day the day after.

This is another important one. Now I know a lot of authors juggle different projects, and I’m guilty of that myself. I’m always planning one project, drafting another and editing a third. But if we focus on one of these, for example, drafting, then I only take on one project at a time.

My productivity goes up if I can spend two hours drafting, one hour planning and another hour editing then if I’d just spend four hours writing. After a while, the task gets tedious. Unless you’re on a row, of course, in that case, by all means, write for it (ha ha). But if you’re not “on a row” don’t force yourself to do more than you have to on that particular day.

After I finished drafting for the day, I like to work on reviews, for example. Or on blog posts. It’s something completely different. When I’ve written two reviews, I turn back to writing, and go edit a chapter. So I randomly pick things I “feel” like doing at that moment from my to-do list.

The key here is that I wait until after I’ve finished the task. Even if I have a sudden burst of inspiration, I won’t go off writing a chapter while I’m still working on a blog post. But when I’m done with the blog post, I use that inspiration to the fullest.

So it’s okay not to focus on only one thing a day, like writing. But only work on something else when you’ve finished the first item on your list. Don’t multitask while you’re working on something – it will only slow you down.

The projects we push to the backburner and end up not doing are usually the things we don’t like. I’m not a big fan of exercising. Sure, I like to go out and do some sports, but in an effort to stay healthy, I’ve talked myself into exercising for 30-60 minutes each day. So I do this first (or well, all right, after writing and breakfast, because I can’t stand to do it before I had a breakfast). Every day, I’m glad when it’s done. Not ln only because it’s off the list – although I’m insanely happy for that – but also because I feel better afterward. Hyped, and ready to roll. I keep telling myself one of these days I’m going to like it, but no such luck. I still don’t like it, but I do it, because it’s first on my list.

Same goes for writing. I start with what I think is the hardest. So if I have a particular task to do that day that I don’t like, I go for that first. When it’s done, that’s a huge relief. Now, like I mentioned before, I like to reward myself. So I tend to mix up tasks I don’t like and tasks I do like. As a student, most of my time is spent studying, but of course that gets boring after a while. I might study for two hours, and then allow myself to work on my freelance publicist services blog, “Enchanted Book Promotions”, for an hour or half an hour as reward.

If I have a dreadful scene to write, I’ll start with that first, getting it over with and focus on the more fun stuff.

You may hope that you’ll be able to write 10k words a day, but unless you’re on hoiday or a full-time author, that isn’t going to happen. You may hit that goal once or twice, but not every day. Hence why you should set realistic goals.

I’m not always the most realistic person, or the best time-manager. I started out wanting to write 5k words a day, then toned it down to 4k and eventually to 2k. This number works for me. I can reach it nearly every day. I don’t have to stretch too much, but it’s not a stroll through the park either. And if I write for 30 days in a row, I end up with a 60k novel. Which makes me happy.

I always tell people to set up a daily word count that’s realistic, but will get you somewhere as well. Push yourself. 100 words in a day is laughable. Go for more. Maybe 500? Even on a busy work day, that’s only a half hour of writing.

If you put your goals too high, you’ll give up on them. If you haven’t reach 5k for five consecutive days, there’s no reason why you’d push for 5k on the sixth day. But if you have reached 2k for five days in a row, it would be such a shame if you couldn’t reach it on the sixth day.

You may not believe me, but writing every days does wonders for your creativity. It turns writing into a habit, not an exception. It’s like this for everything else – why wouldn’t it be like that for writing? Remember that exercise routine I talked to you about, the exercise I despise? After two months, it’s become a habit. I still dread it, but I no longer whine and complain about it. Same goes for studying. If I go months without studying, it’s horrible to get back into it. But if I study daily for a long period of time, the task becomes less tedious. I get used to it. It gets easier.

Same thing happens with writing. If you’ve just finished writing down a particular scene yesterday, your mind will be much quicker to pick up where you left off. It will still remember the ‘writing mood’ from yesterday, and you’ll much faster get into the scene, the vibe, the feeling.

It will be easier to find inspiration for the next scene and even the next project, and it’ll help battle writer’s block.

I hope you enjoyed my tips! I may write a few more articles on the topic of productivity in the future. Please leave your comments below, and feel free to share your own productivity tips!