Cover Reveal Till Death Do Us Part – Lily Drake #2 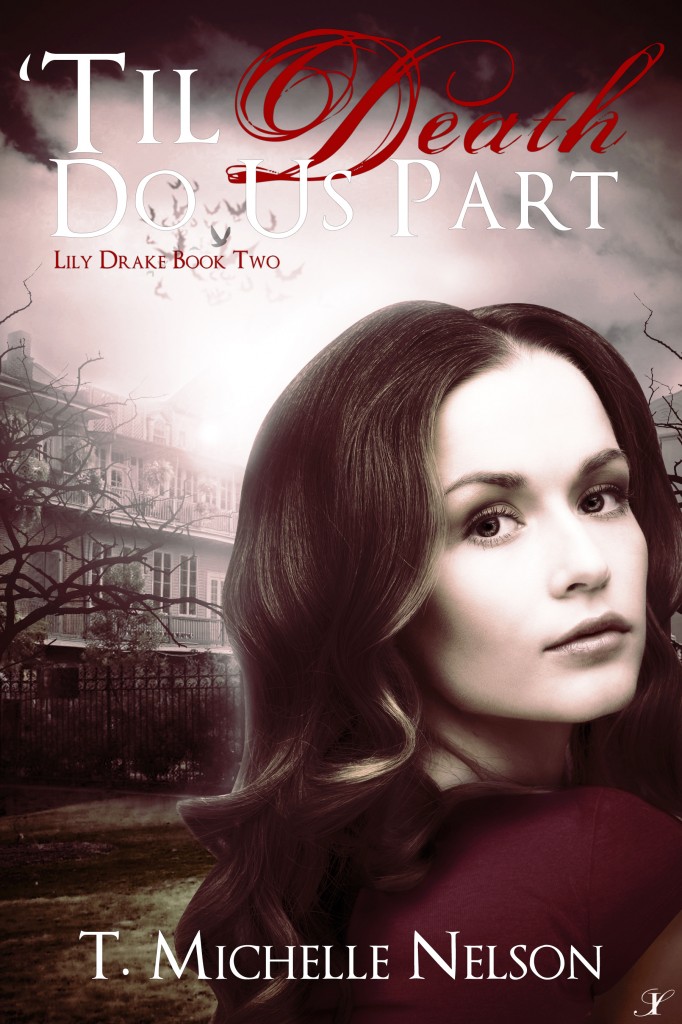 With a doting husband and a new job training a vampire military, Lily Drake was living up to the prophecies of being the best.  Her life was seemingly perfect, until tragedy strikes bringing her a loss she’s not sure she can endure.

As everyone knows, even if you find your soul mate, you don’t always get a happily-ever-after.  Lily may have found temporary happiness being a newlywed, but the honeymoon is over.  When she finds her husband going out for late night bites with another woman, Lily has to fight to try and regain what she wants most, love and a happy family.

If Lily thought being a single mom was hard, she’ll find being married can be a bloody mess.

Life and Death of Lily Drake – Have you read the first book yet? You wouldn’t want to miss Lily Drake kicking some serious vampire butt.

Check out more about this series here! – Life and Death of Lily Drake

T. Michelle Nelson is a native of Benton, Kentucky and a graduate of Murray State University holding a degree in Education.  Currently she resides in picturesque Mount Vernon, Ohio, which
is also the setting of her Lily Drake series.  The first book in the series, Life and Death of Lily Drake, is available at Barnes & Noble, Amazon, Kobo, and your other favorite online book stores in paperback as well as e-reader formats.  The second book, ‘Til Death Do Us Part, is being released by Inkspell Publishing in April of 2013 and currently, T. is working hard to finish her third book.

When she isn’t writing, you can usually find her singing out of key while playing Rock Band with her husband and son, watching B-Horror movies or wrestling with her two ill-behaved fur babies, Buddy Perro and Bunchie.